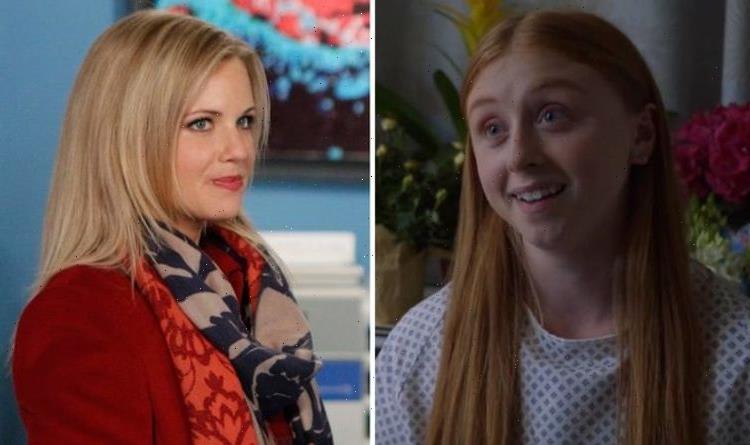 NCIS is currently in the middle of its annual winter hiatus, leaving viewers to wait until the New Year for the rest of season 19. While the latest series saw the departure of Agent Leroy Gibbs (played by Mark Harmon), which had fans upset, no one can deny that season 18 was the real tear-jerker of recent years. The CBS police procedural saw fans saying goodbye to three characters, two of which were unexpected.

In season 18, episode seven, The First Day, which aired on February 9, the first tragedy struck.

In tribute to her, a poem called Epitaph by Merrit Malloy was read aloud by Director Leon Vance (Rocky Carroll) at NCIS HQ, which clearly affected all of the agents.

But little did everyone know that this was going to be the first of the departures.

The following episode, True Believer, saw Jack Sloane (Maria Bello) leave NCIS behind to stay in Afghanistan after a mission as she wanted to help keep villagers safe from the Taliban.

Prior to the series coming out, it had been revealed actress Bello’s contract had expired so viewers were aware Sloane’s exit was on the horizon.

But what they didn’t expect were the events of episode nine Winter Chill which saw Emily Fornell (Juliette Angelo), Tobias Fornell’s (Joe Spano) daughter go into hospital for a drug overdose.

This wasn’t the first time this had happened but in a devastating moment, Fornell was told Emily had died.

At the time of the three episodes airing, fans took to Twitter to express their confusion and upset at all of the sad episodes.

But executive producer Scott Williams has provided an explanation for why this had to happen.

NCIS series are usually made up of around 24 episodes but because of the coronavirus pandemic, season 18 had to be shortened to just 16.

During an interview with CBS, Williams said if it had been a normal-length series, these heart-wrenching episodes would have been spaced out.

So the creators didn’t originally intend of having these emotional instalments one after the other.

Williams said: “[We thought to ourselves], we’re really going to be testing our audience here. We’re laying an awful lot on them. It’s not that we didn’t try [to space out the episodes.

“We knew that we had objectives we wanted to reach. We knew when we came back from COVID that we wanted to suffer a loss within our ranks, and that became Jimmy’s wife.

“We also knew that Maria Bello had chosen to move on, so we had to write off Sloane.

“And then setting up things later on in the season, we needed something traumatic happen in Fornell and Gibbs’ life that became [season 18 episode 9].”

NCIS will pick up from where it left off with season 19 in the New Year.

The next episode will be called Pledge of Allegiance which will be released on Monday, January 3, 2022.

NCIS New Orleans is available to watch on CBS.

23/12/2021 TV & Movies Comments Off on NCIS: Real reason behind season 18 back-to-back deaths explained Not that we didnt try
Lifestyle