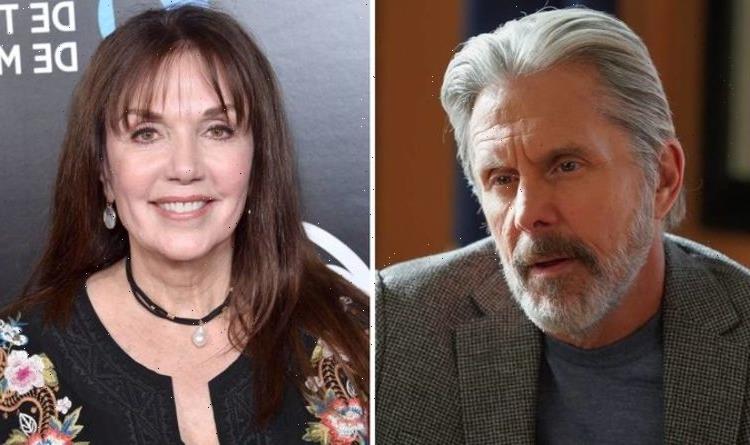 NCIS series 19 saw actor Mark Harmon take his final bow as Agent Leroy Gibbs after 18 years. The CBS drama continues though with a new investigation to carry out each week and episode nine was no different. Express.co.uk has everything you need to know about the guest stars in NCIS’ Collective Memory.

Who guest stars in Collective Memory?

Sandra is the victim of the episode and it is soon discovered she had a big falling out with her daughter Ruby.

As she no longer spoke to her, Sandra used to watch her grandson’s football matches through a fence which is where her body was found.

She has also been in Married: The First Year as well as We Got it Made.

Sandra’s daughter Ruby doesn’t take the news very well, despite having not spoken for several years.

She is played by actress Holly Curran who is reasonably new to the entertainment industry.

Nevertheless, she has been in various television shows such as Z: The Beginning of Everything, Bull, The Marvelous Mrs Maisel and The Blacklist.

Most recently, Curran played Janis in Fear the Walking Dead.

Geoffrey worked as Sandra’s assistant and was one of the murder suspects.

Actor Matthew Hancock took on this role and has also only been in a handful of shows and films.

Some of which include I’m Dying Up Here, Five Points, Kidding and HBO’s Westworld.

Earlier this year, Hancock portrayed Grant in the latest season of SEAL Team.

Albert was Sandra’s lawyer who played a key role in why she and Ruby had stopped talking.

Actor Todd Waring currently has more than 70 roles under his belt so far in his career.

He originally made his debut in the 1981 TV film Coward of the County and has since been in Star Trek: Deep Space nine, In Gayle We Trust and NYPD Blue.

In 2015, Waring was Bruce Hendrie in Freeform drama Chasing Blue.

Larracuente has been in Boulevard Zen, Vida, Home Sweet HomeGoods and Home Economics.

She will play Officer Paulina Calderon in the new untitled Bosch spin-off series which comes out next year.

NCIS season 19 will continue on Monday, January 3, 2022, on CBS in America. A UK release date hasn’t been announced.