Neighbours stalwart Susan Kennedy (played by Jackie Woodburne) is going to end up in hospital next week.

It comes as official spoilers for the Australian soap have revealed how the high school principal is going to get attacked.

According to images, Channel 5 viewers are going to see Susan knocked out cold on the floor in her own home.

But it is all a big accident, with Yashvi Rebecchi (Olivia Junkeer) responsible.

After finding out Alfie’s plans to break into the Kennedy home, Yashvi takes matters into her own hands.

With everyone out attending the Erinsborough music festival, the teenager plans to face Alfie when he arrives and hides herself in one of the bedrooms waiting for him to break in.

Armed with Karl Kennedy’s (Alan Fletcher) guitar as a weapon, the door will open and in a blind panic she swings it suddenly knocking out the intruder.

But it is in fact Susan walking into her own home who drops to the floor unconscious.

Worried for her wellbeing, Yashvi calls an ambulance and while Susan is driven to hopsital, she is forced to tell her parents what happened. 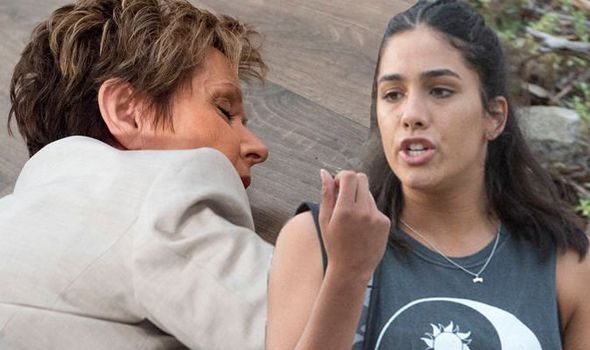 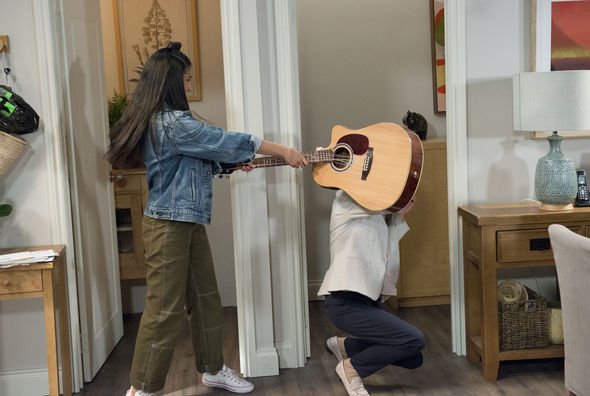 Understandably, Shane (Nicholas Coghlan) and Dipi (Sharon Johal) are furious with Yashvi and her behaviour.

But luckily for Yashvi, boyfriend Ned Willis (Ben Hall) steps in and condemns her parents for their harsh approach.

While he points out Yashvi has made a mistake, Shane isn’t impressed with him interfering in family matters, has Ned over stepped the line?

Elsewhere in Ramsay Street, there is a chance Sheila Canning (Colette Manning) is going to have an explosive run-in with Paul Robinson (Stefan Denis).

During an exclusive interview with Express.co.uk, the actress who plays Sheila spoke about working with Stefan again. 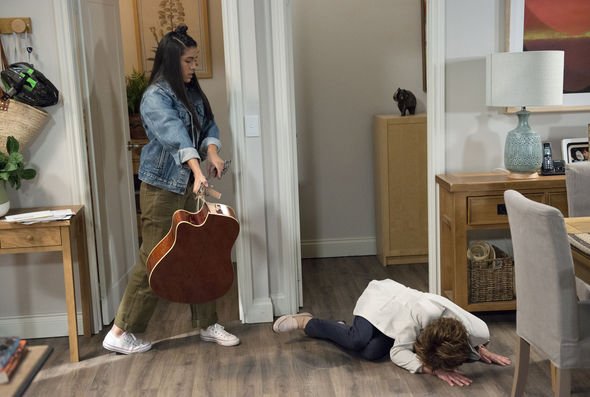 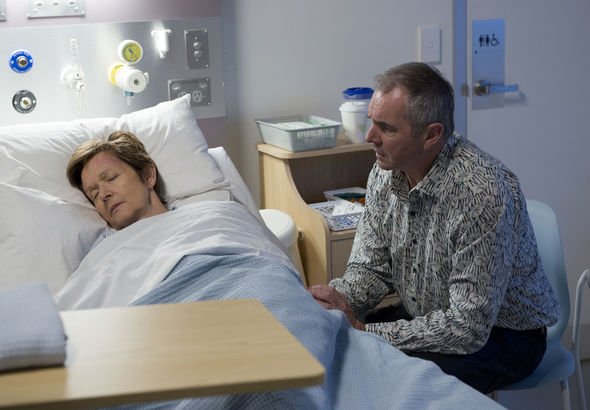 When discussing her favourite cast members to share scenes with, Colette said: “I really like working with Stefan Denis who plays Paul Robinson because she hates him!

“And it’s always more interesting to play,” she added.

Colette also revealed a few other cast members she liked to star alongside.

“I also love working with Alan Fletcher who plays Karl Kennedy because Sheila hates him!”