This is the latest installment of “Breaking Black,” a weekly column focused on emerging black talent.

Wunmi Mosaku doesn’t give up without a fight. After auditioning for a role on season 1 of “Luther,” she didn’t make the cut. “I remember reading the script and absolutely loving it, and really wanting the role, but I didn’t get it,” Mosaku said. “And when I watched the season, really wanted to be a part of it.”

“For any actor, no matter how old or young you are, it can be tough when you’re without work for months or even years, so it’s been a lovely 18 months or so for me,” Mosaku said.

Mosaku, 32, is a BAFTA TV-winning actress largely unfamiliar to American audiences. Born in Nigeria, she emigrated to Manchester with her college professor parents when she was just a year old. After graduating from London’s Royal Academy of Dramatic Art, she worked in theater before moving into TV roles. She drew notice as the lead in Channel 4’s 2010 telepic “I Am Slave,” which tells the story of a girl who was kidnapped from her village in Sudan and sold into slavery. 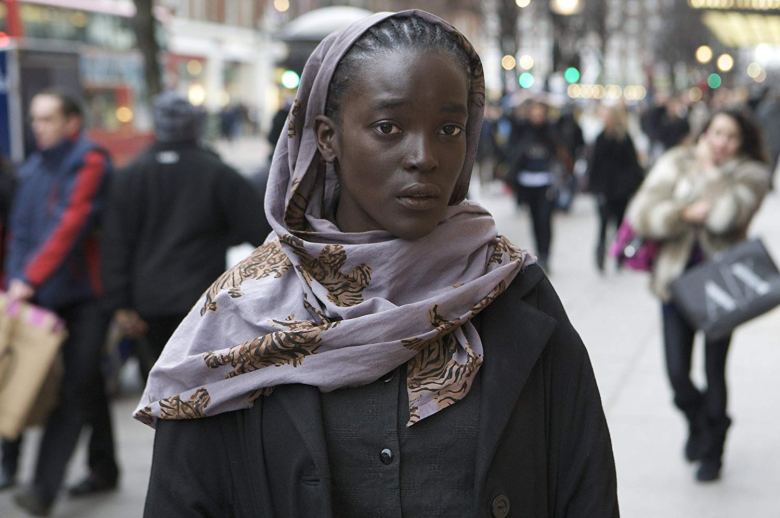 From there she’s worked steadily in British TV as both a series regular and guest star; she also appeared in a Season 3 episode of “Black Mirror,” as an unflappabble SaitoGemu videogame employee, in “Playtest.”

However, “Luther” represents her highest profile role to date. The producers clearly remembered her, and since that initial audition she’d worked with Elba (the 2017 Sky/Showtime limited series “Guerrilla,” in which he starred and executive produced) and received the BAFTA for Best Supporting Actress in the BBC One telepic “Damilola, Our Loved Boy.” Even so, the part wasn’t offered. Mosaku said she “absolutely” fought for it, enduring multiple callbacks.

“When this opportunity came up and I read the script, I felt that I really was very similar in personality to the character, Halliday, and since I really love the show, I thought, let me just try my darndest to see if I can get this role and thankfully, I did,” Mosaku said. “I saw this role as my way at another shot at a series I really loved and I was really grateful.” 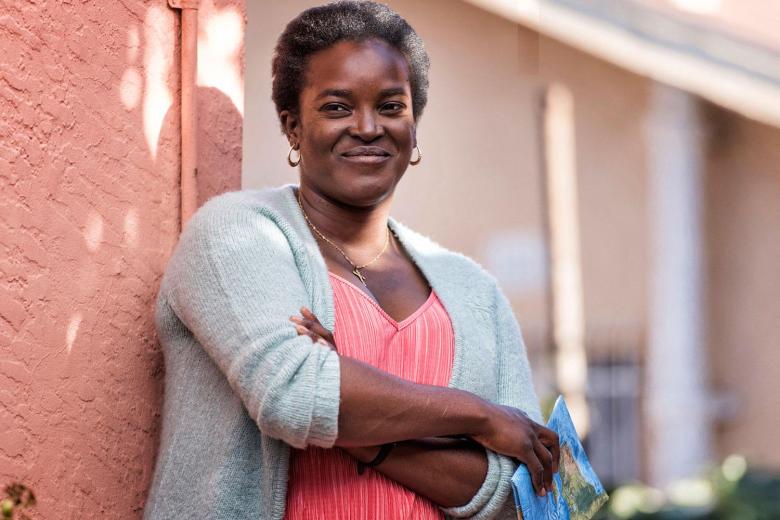 Wunmi Mosaku as Gloria Taylor in “Damilola, Our Loved Boy”

Her casting is also notable for a British (and American) series, because it’s a rare occurrence of two black actors fronting a prime-time, high-profile crime drama. “When I first saw Luther on screen 10 years ago or so, my 22-year-old self was like, I’ve never seen this before, a black lead on TV whose race or skin color had no bearing” she said. “So it’s exciting and means a lot to me that I get to finally be involved in it, and that it’s Idris and I fighting the bad guys.” In this case, a masked serial killer who tortures his victims.

“I learned a lot from Idris, working with him directly this go around,” Mosaku said, recalling that they shared no screen time when she appeared in “Guerrilla” two years ago. “He’s a really warm person and such a great lead, and leader, and does a good job of making sure everyone is welcome on the set — especially since it’s a really dark story, which I found disturbing while reading the script. And I hope it translates on screen as well as it did when I was reading it.”

Her role as Detective Sgt. Halliday comes after years of portraying law officers, starting in 2011 as detective constable Holly Lawson in the long-running British crime drama, “Vera;” as a counter-terrorism officer in the crime-thriller, “Fearless,” a hardened detective in Netflix dramedy “The End of the F***ing World,” and a detective inspector in Channel 4 drama, “Kiri.” She said it’s not by design.

“It’s always a function of the script and not anything deliberate,” Mosaku said. “I read a script that’s presented to me, and if I love the story and the role, I audition for the part, which is pretty much how I approach it.”

And she’s not at all concerned about being typecast. “If the next role that comes along is another cop or detective, the same rules will apply,” she said. “I’m an actor, after all, and I need to be able to pay my rent.”