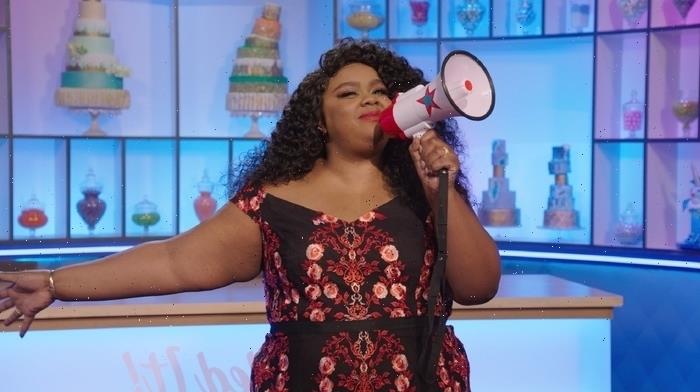 Nicole Byer’s first hour-long special will premiere on Netflix by the end of the year. The special is currently set to be filmed at the Gramercy Theatre in New York on September 5. The release date is unspecified, but is expected for late this year.

In the announcement statement, Byer said:

“I’m so f**king excited to do this. I’m so grateful that Netflix is giving me a nice lil platform to have some fun tee hee hee.”

That Byer doesn’t already have a comedy special comes as a surprise: she’s best known for her comedic abilities and personality-based performances. She brings humor to a wide variety of roles in various reality TV shows, podcasts, and scripted roles.

Host extraordinaire, Byer leads the charge on multiple podcasts, including Why Won’t You Date Me? and Earwolf’s Best Friends, but you likely know her as the host of the Netflix baking-comedy competition Nailed It! Her magnetic hosting performance most recently earned her an Emmy nomination for “Outstanding Host for a Reality or Competition Program.” Byer is the first Black woman ever nominated in the category.

In addition to the Netflix series, Byer also co-hosts Wipeout with John Cena. Most recently, she starred as Valentina in the Netflix animated film Vivo. The role was certainly not her first voice-over performance: you might also recognize her from appearances on Bob’s Burgers, BoJack Horseman, Invincible, or the main role of Lucy Carmichael in the Paramount+ Rugrats reboot.

What’s Next for Nicole Byer?

Along with her upcoming comedy special, Byer will reteam up with Netflix on a number of other projects. Season 6 of Nailed It! is set to premiere not too long after her special is filmed, airing on September 15, 2021. Also in the works is Grand Crew, a scripted comedy that stars Byer, along with Echo Kellum, Justin Cunningham, Carl Tart, and Aaron Jennings. The series follows a group of Black friends unpacking the ups and downs of their love and social lives as a wine bar. Behind the series is Brooklyn Nine-Nine co-creator Dan Goor.

Byer also has two films currently in the works. Hangover alum Debra Neil-Fisher makes her directorial debut with Unplugging. The film follows a couple of reconnecting through a digital detox in a remote town. Thanks to strong edibles and bizarre locals, their romantic getaway doesn’t go as expected. Byer appears in the film alongside Matt Walsh, Eva Longoria, Lea Thompson, Keith David, and Al Madrigal.

Byer also plays a role in the upcoming comedy Mack & Rita, about a 30-year-old woman who takes a dip in a pool only to emerge in the body of a 70-year old. The film stars Diane Keaton, Elizabeth Lail, Taylour Paige, Dustin Milligan, and Simon Rex.