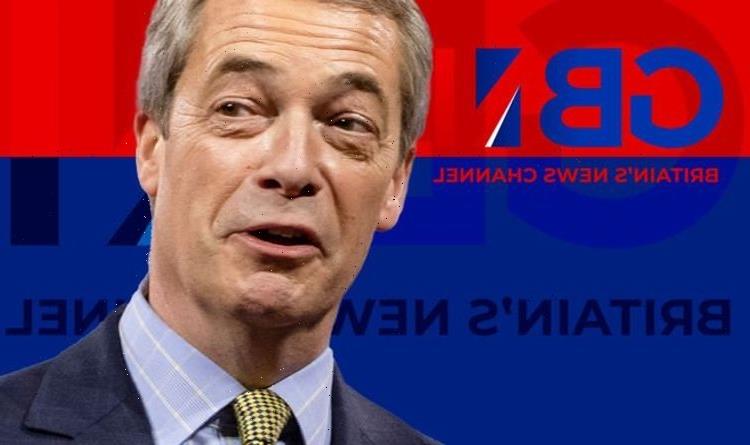 Earlier today, Saturday, July 17, former Ukip leader Nigel Farage stated on Twitter that he would be making a “big career change”. There were questions over what this could be but it has now been revealed that he is going to be part of news channel GB News which launched last month. So when is Farage’s talk show going to start airing on the 24-hour rolling news network?

When will Nigel Farage’s talk show start on GB News?

Farage has taken to Twitter this afternoon to confirm the news of him making the move to GB News.

In the short video, he explains: “So since politics, I’ve done a fair bit of broadcasting and broadcasting matters, it really really does.

“It gets people to look at issues, think about issues in different ways, it can be very influential.

“I did three-and-a-half years at LBC with, I think, some degree of success.”

Farage continued: “On YouTube, I’ve had millions of people watching my videos and often I’ve covered stories that everybody else wants to ignore.

“Well I’m now going to be doing it on a regular basis here on GB News, because at 7pm this Monday, the 19th of July, a new show starts.

“It’s going to be from 7 till 8pm, it’s called Farage, I’ll do it Monday, Tuesday, Wednesday, Thursday evenings.

“And for those who haven’t yet looked at GB News, it’s very easy to find, it’s 236 on Freeview, it’s 515 on Sky or even better, just download the GB News app, it’s simple to use, it’s brilliant.

“So please, I want you there with me Monday evening at 7 o’clock and we’ll take on the tough issues of the day.

“I’ll interview people who really understand their subjects, not some minister who’s there to spout the party line.”

New studio sets have been put up to start this week, coinciding with the launch of Farage’s political talk show.

Simply entitled Farage, the hour-long show will premiere on GB News on Monday, July 19, at 7pm.

Farage will be on our screens four nights a week, discussing the day’s latest talking points in the world of politics.

At the end of his Twitter video, the former politician encouraged his followers to get in touch and watch the new programme.

Farage added: “I’m going to want your opinions too, so please be there or be square.

“7 o’clock, Monday evening, Farage, and please, share and put out this video and encourage other people to have a look too.

“Oh and also, I won’t be taking the knee for anyone on this show.”

His “taking the knee” comment is in reference to England’s football team’s gesture in campaigning against racism before every match.

Some have argued against doing this with education minister Gillian Keegan saying it was “creating division”.

GB News has faced a difficult week as head of news John McAndrew left the channel.

However, according to the Sunday Express, the network will be relaunching in September, despite having only been on our screens for a number of weeks.

Chairman Andrew Neil has also taken a break from GB News but will be returning.

17/07/2021 TV & Movies Comments Off on Nigel Farage show on GB News: What time is Farages talk show on?
Lifestyle