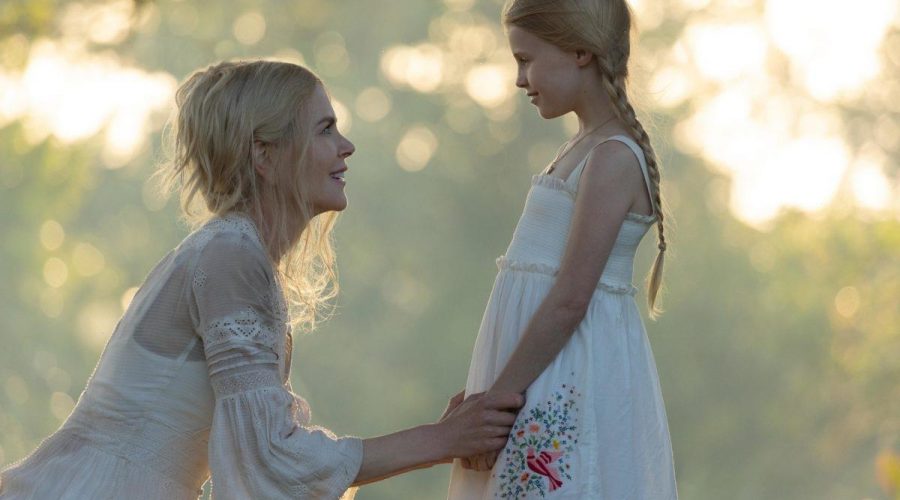 Nine Perfect Strangers built a suspenseful, emotional story centered on grief, and all of the drama from previous episodes of the Hulu show comes to a head during the finale. Everything doesn’t go as planned during Masha’s (Nicole Kidman) 10-day retreat, but many of the characters found what they were seeking in the end — including Masha herself. In that sense, the Nine Perfect Strangers finale offers a touching conclusion to the show, if a little trippy.

That Carmel reveal doesn’t go as expected in the finale

Episode 7 of Nine Perfect Strangers revealed that Carmel (Regina Hall) was the one who shot Masha years ago, leaving things on a worrisome note heading into the finale. Masha quickly regains the upper hand, though, first by making peace with Carmel. Despite what happened back then, Masha forgives Carmel — and gives her credit for Tranquillum House’s creation.

Carmel also admits to sending anonymous threats to Masha, but she doesn’t seem as interested in hurting the other woman as she is in getting help. Their conversation makes it clear that she wants Masha to call the police on her, and as she puts it, to “go away.” However, Masha takes a different approach to the situation.

She and Glory (Zoe Terakes) put Carmel in Tranquillum House’s sensory deprivation tank, a setting that doesn’t jibe well with Carmel’s claustrophobia. And even when Carmel gets out of the tank, she finds herself locked in the resort’s steam room. Predictably, Carmel freaks out at the thought of being trapped.

However, when the other guests find her, things start looking up — even with the dubious circumstances. Sure, Masha eventually locks them all in the steam room with Carmel. But that gives them the chance to reflect and heal.

The finale doesn’t let Masha off the hook for her questionable choices, but it does see her guests getting what they came here for. That’s especially true when Masha and her staff simulate a near-death experience for them while they’re locked inside the steam room. They all agree they’d make different choices if given the chance. Then they are.

The other big question heading into the Nine Perfect Strangers finale was whether or not the Marconi family would go through with Masha’s plan to create an alternate reality — and if they’d fare better than the last guest who tried such a thing. Again, the Hulu series surprises viewers on this front. Although the group does take hallucinogenic drugs to see Zach (Hal Cumpston) again, they don’t keep the facade going.

They also know the risks going in. After pleading with Masha, Lars (Luke Evans) decides to tell the Marconis what happened the last time Masha tried this. Napoleon (Michael Shannon), Heather (Asher Keddie), and Zoe (Grace Van Patten) briefly second-guess their decision. However, Masha convinces them to move forward. They also realize why she’s so committed to making this work: she wants to see her own daughter again.

And all parties get closure when it comes to their loved ones. The Marconis share a number of trippy, touching scenes with Zach, and they eventually realize none of them are responsible for his death. “You guys are all trying to attach reason to an irrational act,” Zach tells them.

Seeing him allows them to grieve, but it also enables them to move on. The Marconis eventually choose to let go of their son, offering viewers a conclusion that’s more touching than tragic.

As they’re heading back to Tranquillum House, Zoe sees a snowflake — something Masha associates with her daughter’s death. With Zoe’s help, Masha manages to see her child one more time, right before the police show up. To her credit, Kidman’s character seems at peace with all that’s happened. She got the one thing she wanted out of all this, even if it cost her in the end.

The Nine Perfect Strangers finale concludes with Masha being taken away by the police, who arrive on the scene at Delilah’s (Tiffany Boone) request. Viewers don’t get a good idea of what’s next for Kidman’s character, Delilah, or even Yao (Manny Jacinto). However, the guests at Tranquillum House all get surprisingly happy endings.

They also cover for Masha, seemingly grateful for what she’s given them. Tony (Bobby Cannavale) and Frances (Melissa McCarthy) leave the retreat with a healthy, blossoming relationship following their argument in episode 7. And even Jessica (Samara Weaving) and Ben (Melvin Gregg) rekindle their romance — and wind up taking over Tranquillum House with Ben’s lottery winnings.

Lars decides to return to his ex and have a kid after all. And Carmel goes on to lead her own therapy group, offering forgiveness and healing to others like her.

Of course, with Tranquillum House still standing — and Ben and Jessica calling the shots — it’s possible fans could get a season 2 out of the Hulu series. The Nine Perfect Strangers finale leaves the door open for more stories in this world. However, it gives the characters viewers followed all season enough closure that another chapter isn’t necessary.

All episodes of Nine Perfect Strangers are currently streaming on Hulu.