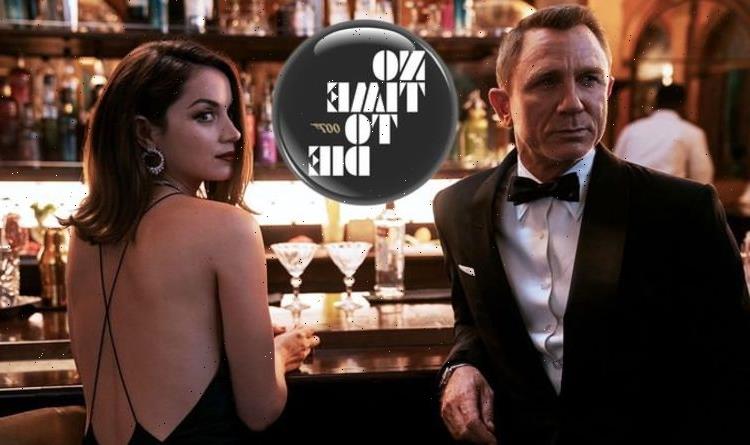 WARNING: SPOILERS AHEAD FOR NO TIME TO DIE. Daniel Craig’s fifth and final James Bond movie has been out in cinemas for a month now. And interestingly one of his co-stars from Spectre and No Time To Die has admitted they found the ending to the latter quite the surprise.

The 007 producers actually went and did it. James Bond was killed off in a missile strike at the end of No Time To Die.

Express.co.uk recently spoke with Brigitte Millar, who played Spectre board member Dr Vogel in both Spectre and No Time To Die and asked her reaction to seeing Bond’s death in the cinema.

Given the secretive nature of the film, the actress only knew what happened in the scenes of both movies that she featured in.

So presumably much of the cast and crew of No Time To Die were totally in the dark about Bond’s death to prevent a leak.

Brigitte said of Bond’s death: “I found it quite surprising. If you think of real agents, they get a new life.

“And I thought it would be something along those lines. It would look as though he’d died, but in reality, he was given a new face, passport and life in South America or wherever.”

Something similar happened to Christian Bale’s Batman when he removed the bomb from blowing up Gotham City at the end of The Dark Knight Rises, by flying the explosive device out to sea.

It appeared Batman was dead, only for Alfred to see Bruce Wayne abroad in a knowing nod at the film’s conclusion.

However, it really looks like Bond is dead. Well, Craig’s incarnation of Ian Fleming’s spy anyway.

After all, following No Time To Die’s end credits, there was the usual promise that James Bond Will Return.

Of course, this doesn’t mean that Craig’s 007 somehow survived, but that the character will be rebooted in another universe. But how does that work?

Suddenly we were looking at a pre-Double-O 007 earning his Licence To Kill, while the franchise retained Judi Dench as M.

The only way to look at it then is that there’s a Bond multiverse in the franchise, hence why he always looks different.

No Time To Die is out now in cinemas.