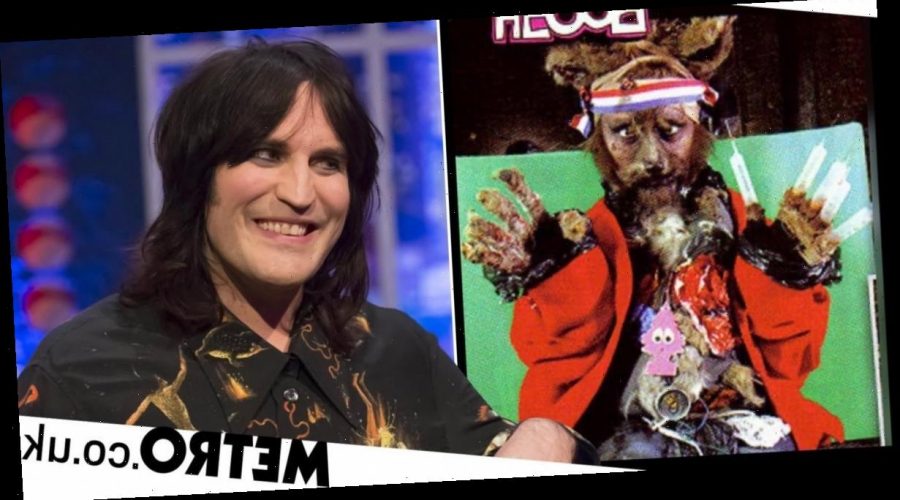 Noel Fielding reckons one of The Mighty Boosh’s most loved characters could help out in vaccinating the public.

Prior to the Great British Bake Off, the comedian was best known as Vince Noir in the surreal comedy The Mighty Boosh, and helped create a world of bizarre characters along with Julian Barratt.

And Noel, 47, thinks that one of those characters – The Crack Fox – could help Boris Johnson with the UK’s pandemic response, thanks to some unique bodily features.

The star posted a picture of Crack Fox, played by Julian on the Boosh, to Instagram and noted that his syringe fingers could come in handy.

Noel wrote: ‘Boris this guy could do 5 vaccinations at a time ! He’s been furloughed so is just sitting at home watching season 3 of @cobrakaiseries ! Up to you.’

Bake Off winner Rahul Mandal commented: ‘What a brilliant idea!’ while a fan joked: ‘PPE is a pair of ‘galoshes’.’

So far, over a million people have been given Covid-19 vaccines in the UK, with an aim to administer 2 million doses of the Oxford AstraZeneca vaccine a week by the end of January.

Prime Minister Boris Johnson said last night in his televised address to the nation that by the middle of February, the NHS will have offered the first vaccine dose to everyone in the four top priority groups.

He said: ‘That means vaccinating all residents in a care home for older adults and their carers, everyone over the age of 70, all frontline health and social care workers, and everyone who is clinically extremely vulnerable.’

One of the people who has already been vaccinated is Noel’s Bake Off colleague Prue Leith, who received a vaccine three weeks ago.

The 80-year-old shared a picture of herself on Instagram receiving her jab, and wrote: ‘Who wouldn’t want immunity from #Covid19 with a painless jab??’

Noel commented: ‘Always the most classy glamorous person in the room x love you Prue.’

Along with Paul Hollywood and Matt Lucas, Noel and Prue were on our screens throughout the pandemic, as they filmed the latest series of Bake Off in a lockdown bubble.

Prue, Paul and Matt returned for the Christmas specials, which brought back some favourites from the tent for a second shot at glory with a festive twist.

However, Noel was replaced by Tom Allen, as he had just welcomed his second daughter, Iggy, with partner Lliana Bird.