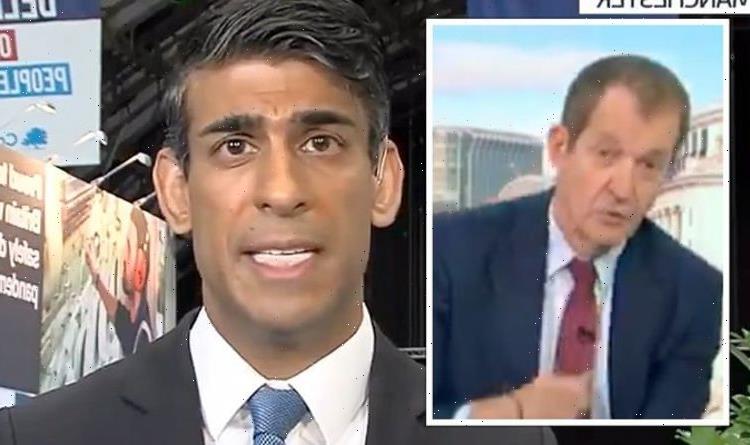 Rishi Sunak insisted attempts to link the current delay to the supply chain mainly to Brexit are incorrect. The UK has been experiencing severe disruption to the delivery of goods because of a shortage of HGV drivers, which the Government noted to have been brewing long before the UK quit the European Union. But Good Morning Britain Alastair Campbell, at one point a vocal supporter of a new vote on Brexit, cited extracts of Operation Yellowhammer to claim Brexit was mostly to blame.

The Chancellor of the Exchequer however dismissed the connection Mr Campbell made, saying: “I know Brexit is a particular topic of interest for you, Alastair, but I’ll put it in context.

“When I last saw intelligence reports, I think there were hundreds of thousands of HGV drivers short across Europe.”

Mr Campbell challenged Mr Sunak to then name other EU countries planning to use military help to kickstart the supply chain, to which Mr Sunak said: “That is something we are doing to help alleviate the situation.

“If we weren’t doing that, you’d be criticising us for not. Trying to blame that on Brexit, I don’t think it’s reasonable.”

The comment however sparked the immediate reaction of the GMB host: “So this has nothing to do with Brexit? None of it?”

04/10/2021 TV & Movies Comments Off on Nothing to do with Brexit! Sunak in heated clash with Campbell as disruption continues
Lifestyle