“All Elite Wrestling: Dynamite” still pins down key demo win, but was down vs. last week — “NXT” is up 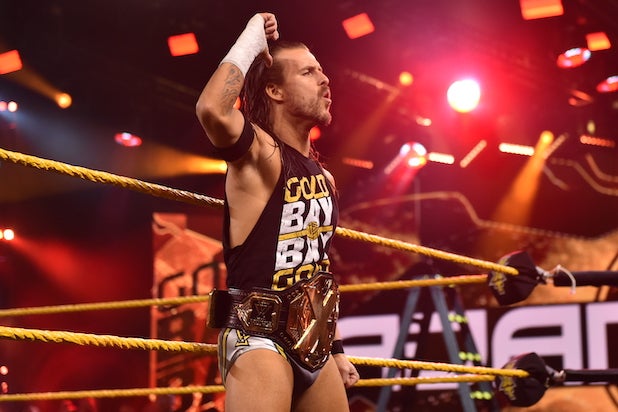 USA Network’s “NXT” finally overtook TNT’s “All Elite Wrestling: Dynamite” in total viewers this week. “NXT” scored 916,000 overall sets of eyeballs compared to the 893,000 put up by the AEW series.

Among the advertiser-coveted adults 18-49 demographic, “NXT” still came in behind “Dynamite,” with the USA program drawing 393,000 viewers and the TNT show posting 505,000. But that key demo stat for “NXT” was +23% over last week and the best the show has seen since Oct. 2. Meanwhile, AEW is down 9% in the demo from last week.

TheWrap had the pleasure of breaking the good news to NXT Champion Adam Cole Thursday, the day after he won a ladder match during the episode that put up those impressive numbers for “NXT.” Though Cole said he doesn’t “focus too much on the ratings,” the champ acknowledged that “Winning is cool.”

“We’re just mainly focused on trying to put on a really exciting, cool show. And last night’s show was just an absolute blast, with the guys from ‘Raw,’ the guys from ‘SmackDown,’ the matches that happened. It was just a really, really cool night and so I’m glad so many people enjoyed it.”