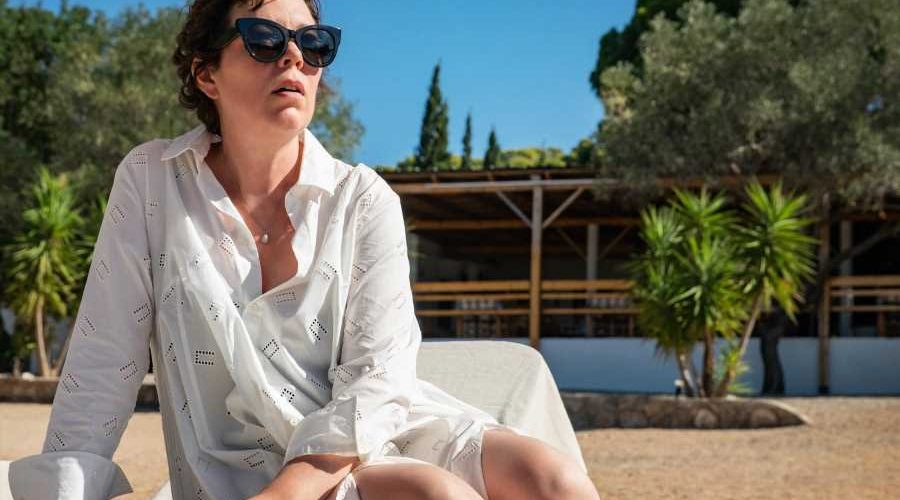 Netflix has shared a first look at the beach trip turned psychological drama, Maggie Gyllenhaal’s directorial debut, The Lost Daughter, ahead of the film’s release in select theaters on December 17th and its streaming arrival on December 31st.

An adaptation of Elena Ferrante’s novel of the same title, The Lost Daughter stars Olivia Colman as Leda, an impulsive and haunted loner who fixates on a young mother and daughter while on a seaside vacation.

The official trailer begins unraveling the threads of Leda’s own memories of early motherhood, including all of the regretful decisions she made and their lasting consequences. The more she sees of the mother, Nina (Dakota Johnson), and the pair’s ominous extended family, the more unhinged she becomes.

“Children are a crushing responsibility,” Leda reminds a shaken Nina after a scare on the beach. Elsewhere in the clip, she mentions she doesn’t recall much of her own two daughters’ childhoods — and yet she’s plagued by the memories all the same.