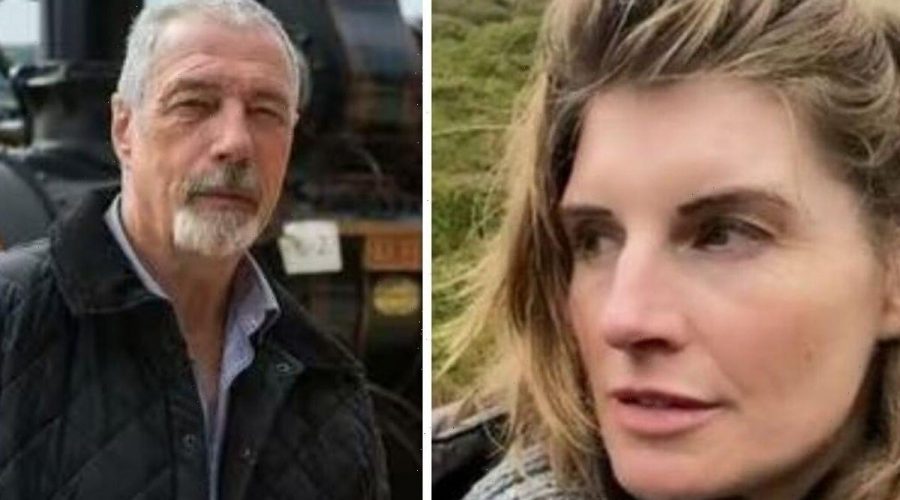 An update on the Channel 5 favourite informed fans on Tuesday that the Yorkshire Shepherdess would in fact not be starring in Beyond The Yorkshire Farm, which has replaced the original series. Instead, Clive Owen will feature in the upcoming programme along with the couple’s oldest son, Rueben. The news came as somewhat of a surprise to Our Yorkshire Farm fans because the Owens had previously not detailed any change of plans regarding the series.

The news comes after the couple announced their plans to separate earlier this year, leaving the future of their show, which they take part in along with their nine children, uncertain.

However, the producers suggested Amanda could be getting her own series.

Amanda and Clive, who were together for 21 years, found fame on the show, which depicts the tough nature of farmwork on the isolated Ravenseat Farm.

The series started in 2018 and was an instant hit with viewers, who enjoyed being updated on the farm and the large family.

The Owen children, including the youngsters of the clan, all participate and do their bit on the Yorkshire Dales land.

In June, the couple announced they were splitting up but didn’t give away too many details on the future of Our Yorkshire Farm.

Tuesday’s announcement has answered some questions fans had, and it seems Amanda, 48, has been snubbed from the new show, which is being made by the same production company as Our Yorkshire Farm.

Beyond The Yorkshire Farm, which will hit screens in December, will follow Clive, 67, as they launch their own digging business.

However, bosses revealed they could be announcing “new projects” with Amanda.

“It’s fantastic that we can now all follow Reuben and Clive on their next adventure.”

He added: “We remain absolutely committed to the whole wonderful Owen family and hope to announce new projects with Amanda very soon.”

Amanda herself teased recently that she had “exciting projects” lined up, so it’s safe to assume could also be starring in a new show of her own.

Speaking back in October to Christine Lampard on Lorraine, she hinted viewers hadn’t seen the last of her.

“There are new projects going on,” she explained before adding: “There are exciting new things going on that obviously I can’t tell you about, Christine.”

Christine replied: “You can come back and do that! As you say, there are lots of things in the pipeline.”

Amanda went on to state: “I’m really proud of us and what we do.”

“Exactly and this new series, incoming I believe, I’m not sure when…” Christine probed.

“Well, there’s all kinds of upcoming projects but obviously, I have to remain…” Amanda mimed zipping her lips, refusing to give anything away.

Perhaps Amanda will be featuring in another new series away from the Our Yorkshire Farm spin-off.

During the Lorraine interview, the shepherdess revealed the breakup had been “tough”.

She said: “It’s really tough and it’s a really difficult aspect of it to get across, but when you do reality [TV], it has to be just that.”

Beyond The Yorkshire Farm: Rueben and Clive will air in December on Channel 5.