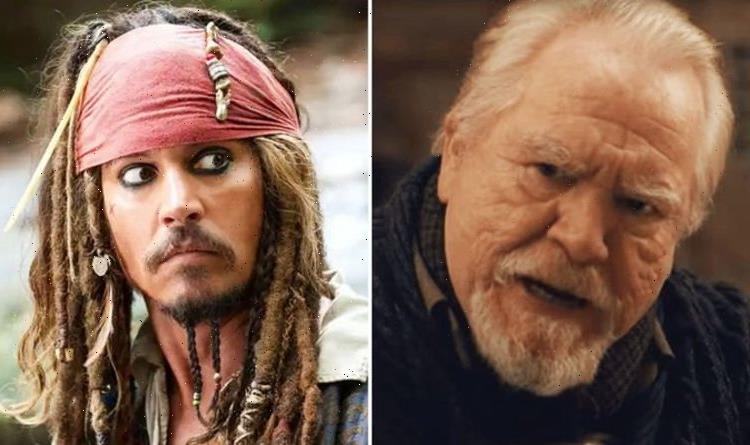 Johnny Depp discusses Pirates of the Caribbean in 2017

Cox has opened fire on a number of famous faces in his new memoir, Putting the Rabbit in the Hat. On screen in Succession as ruthless patriarch Logan Roy, he is notoriously brutal in his treatment of family members and business foes alike. Now the actor seems to be channelling some of his character’s bluntness in a remarkable series of comments about Hollywood legends from Depp to Michael Caine.

Cox revealed he had originally been up for the role of Governor Weatherby Swann in three of the Pirates of the Caribbean films – The Curse of The Black Pearl, Dead Man’s Chest and At World’s End.

The colourful part eventually went to Jonathan Pryce, but Cox doesn’t sound like he would have been impressed to star opposite the franchise’s leading man, anyway.

Speaking of Depp, he said: “Personable though I’m sure he is, is so overblown, so overrated.”

The75-year-old then went on to tear apart the actor’s entire career.

1990’s Edward Scissorhands established Depp as a major Hollywood star playing the tragic central character. His sensitive performance is often praised but Cox is having none of it.

The film and theatre legend says in his book: “I mean, Edward Scissorhands. Let’s face it, if you come on with hands like that and pale, scarred-face make-up, you don’t have to do anything. And he didn’t. And subsequently, he’s done even less.”

Cox is equally dismissive of a number of other well-known and highly regarded actors.

He starred in Spike Lee’s 12th Hour with Edward Norton who he calls “a pain in the ar*e because he fancies himself as a writer-director.”

He gives a masterclass in how to deliver a classic back-handed compliment in his dismissal of double Oscar-winner Michael Caine.

Cox says: “I wouldn’t describe Michael as my favourite, but he’s Michael Caine. An institution. And being an institution will always beat having range.”

The list goes on as Cox refers to David Bowie as: “A skinny kid, and not a particularly good actor. He made a better pop star, that much is for certain.”

He is equally forthright in his comments on directors, with a withering assessment of Quentin Tarantino.

Cox says: “I find his work meretricious. It’s all surface. Plot mechanics in place of depth. Style where there should be substance. I walked out of Pulp Fiction… That said, if the phone rang, I’d do it.”

However, Cox is aware the phone may not ring after some of his comment.

He told The Big Issue: “I’m expecting probably never to hear from some people again. But that’s the way it goes.”

While Cox also speaks poorly of Steven Segal, Michael Gambon, Gary Oldman and Daniel Day-Lewis, he has kind words for others like Morgan Freeman, Keanu Reeves and Alan Rickman.

BRIAN COX NEW BOOK PUTTING THE RABBIT IN THE HAT (QUERCUS, £20) IS OUT NOW