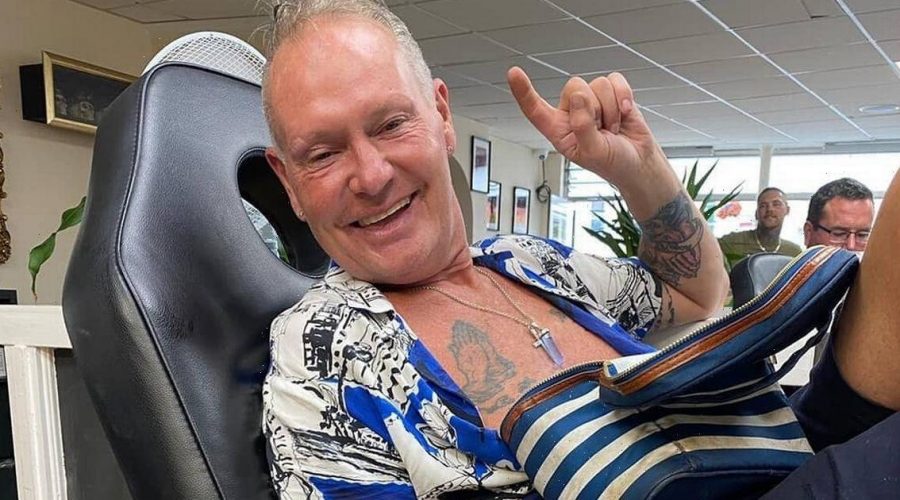 Paul Gascoigne has opened up about his time in the jungle on the Italian version of I'm A Celeb – and says he now wants to star in the UK version of the ITV jungle show.

The England footie legend, 53, appeared on survival show L’Isola dei Famosi – known as the Italian version of I'm A Celeb – earlier this year.

The soccer star had to drop out in April following a nasty shoulder injury wherein he dislocated his shoulder in one of the TV challenges and had to be airlifted to hospital.

The challenge had involved carrying a ball through a ditch and then wading underneath a cargo net before climbing a platform to score a basketball hoop to land a meal. Gazza tried to bounce back by re-appearing on the show after a short stay in hospital, but the persistent pain became too much and he had to drop out.

Speaking to OK! Magazine, Gazza opened up about his time on the Italian show and admitted it was gruelling at times without his home comforts of food, cigarettes and coffee – but felt a bit like "therapy".

He told OK!: "It was in Honduras and it was tough. The first few days were really tough, but then you get used to it. It was hard – no cigarettes, no coffee, no food. It was a challenge for all of us, but we just had to get on with it.

"We had to hunt for our own food – though it felt like there was no food to hunt! You were given a little fishing line and I caught a barracuda, so that was OK."

And football fans will be delighted, because when Gazza was asked if he would be up for appearing on the UK's I'm A Celeb – typically set in the Australian jungle – he was absolutely thrilled at the prospect of taking part.

He continued, saying that if he could pick his dream campmates he'd choose footie stars Ian Wright – who has already starred on the show – or David Seaman as they "would be a laugh".

And maybe fans could see it happen, because he revealed he still keeps in touch with the pair and texts them both "now and again".

Gazza, who impressed fans with his Italian language skills on the show, was asked about how he fared with his Italian, and he said: "It was OK. I could understand more than I could speak. They were all very nice to me, and the fans."

On the topic of what he missed most when he was in the jungle, he was glad to get away from the lockdown in England and said: "There was a lockdown in England, so I didn’t miss much back home. I suppose I missed my TV. I like a bit of Netflix. I like horror films, documentaries and thrillers."

He also added that he'd also be open to trying other reality TV shows, saying: "I would like to do SAS or a Bear Grylls show, but I need to get my shoulder and hip sorted out. I slipped and broke my neck doing Strictly Ice Dancing. I have screws in my neck now. I’m falling to bits!"