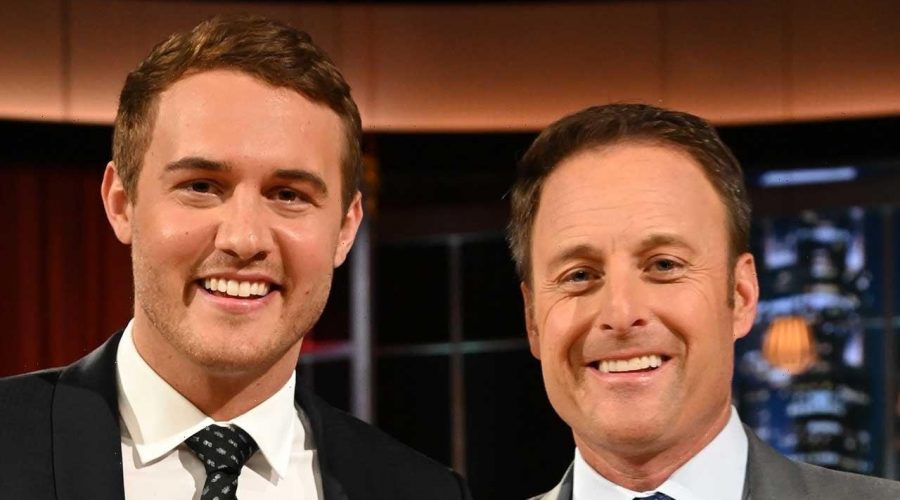 Peter Weber thinks Chris Harrison should’ve remained the host of The Bachelor. ET’s Denny Directo spoke to the 29-year-old former Bachelor, who lamented the fact that the longtime host is no longer with the franchise following his racism controversy.

Harrison was part of the franchise for nearly two decades, but stepped away as host in February after he defended eventual Bachelor winner Rachael Kirkconnell’s past racist actions. That break became permanent earlier this month when Harrison officially stepped down as host. Both Harrison and Kirkconnell have apologized.

“Nobody’s perfect. That’s a understatement, right? Obviously, could his delivery have been a little different with comments he had made? Absolutely, 100 percent,” Weber said. “But I think, if anything, the show is going to miss him. I think they do. I think ratings, I mean, those don’t lie. They’re kind of already showing that.”

“It’s sad for all parties involved. I know Chris. I know Chris is a good person and I wish him nothing but the best going forward with whatever he does,” the co-host of the Bachelors in the City podcast continued. “But I think the show is going to regret letting him go. I do.”

Weber, who said he’s been texting with Harrison since his exit, said the situation with the 49-year-old TV personality has been “sad to see.”

“I think the world of Chris. I’ve had nothing but great memories with him… Actually, I can’t say all great because I’ve been through some s**tty times with him as well. But I guess you could say he’s been there for me in a lot of those moments,” Weber said. “It’s tough to sit back and watch from the outside and see how everything kind of transpired.”

“If anything, I think it’s sad,” he continued. “It’s sad for all parties involved, to have it end the way it did with him having been such a prominent role in that franchise, and really, I think, being the biggest reason why it grew to be as big as it has become.”

While Weber is saddened by Harrison’s exit, he has been watching Katie Thurston’s season of The Bachelorette, which is being hosted by former Bachelorette stars Tayshia Adams and Kaitlyn Bristowe.

“I think they’re doing a great job. No one’s ever going to replace Chris Harrison, that’s obvious. You kind of can’t when he’s been so cemented in that role,” Weber said. “But yeah, I think what it does offer is a cool, unique twist. It’s different, obviously. The whole women supporting women type thing going on there is great. Obviously they’re going to be able to offer a perspective that Chris couldn’t offer a female lead, the Bachelorette. So there are unique takes for sure. It can spice it up a little bit. There are benefits there, and I think they’re doing a great job.”

Weber’s decision to continue to watch the show is in contrast to fellow Bachelor alum Sean Lowe, who’s “kind of boycotting” the franchise, according to his wife, Catherine Giudici.

“I get why Sean’s doing that. I’m not necessarily boycotting the franchise. I still am just a fan of the show. I’ve been a fan for years… but it’s tough,” Weber said. “I hate that there’s just so much s**t going on with the franchise. So many people are unhappy and [there is] just so much division.”

“At the end of the day, I feel like the show… was created to kind of be the exact opposite thing of that; [to] bring people together, let people live, [allow] everyone that watches it to live vicariously through this awesome platform of watching love happen,” he continued. “I just want to get back to that. That’s what matters… It’s sad that you have so many different people butting heads like crazy now. It’s tough. “

Though Weber said he’s “never been a fan” of drama outside the show and doesn’t “think it helps,” he acknowledged that many of the ongoing conversations regarding diversity and inclusion within the franchise are “almost necessary.”

“There are parts that are necessary and conversations to be had. Obviously there has been an issue with diversity in the franchise,” he said. “I think we’ve taken some steps. You can’t knock that. That’s a great thing. We [have] got to keep using that momentum moving forward.”

“Inclusion is so important with all races on this show. If there’s anyone that wants to say anything different about that, it’s just flat out wrong,” Weber continued. “I hope that there are more conversations moving forward and there is more diversity and more minorities in a lead role for sure. That would be great to see.”

As for who Weber would like to see host the show permanently, he pointed to former Bachelors Nick Viall and Ben Higgins as options.

“I’ve always thought that Nick would be a great host for the show. I just do. I mean, I think he’s got maybe some type of Chris-type wittiness. He’s just such a smart dude… I’ve thought that for years, actually… even before anything happened with Chris. But I think he’d be good,” Weber said. “I think Ben would be a really good host for the show, a huge fan favorite.”

Weber noted that he doesn’t think hosting the show is in the cards for him, as he’s busy with his job as a pilot and his podcast, Bachelors in the City, which he co-hosts with fellow franchise alum Dustin Kendrick. The podcast, which follows its co-hosts’ experiences in New York City, is expanding with the help of Acast+.

While Weber and Kendrick didn’t want their podcast to be “centered around” The Bachelor, the new membership service will allow fans to receive bonus episodes of the show each week, in which the guys will break down the latest episodes of the franchise. You can sign up to Acast+ here.

“We’re real with everyone. We don’t hold back. There’s a lot of crazy stuff that happens, but it’s fun,” Weber said of the podcast. “We were trying to be just as real with people as possible. I think they appreciate that.”