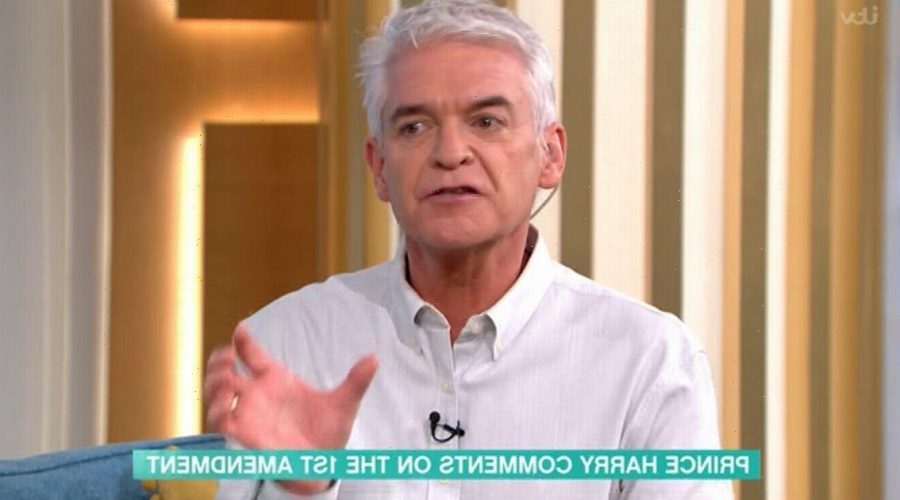 Phillip Schofield has fiercely defended Prince Harry after he was slammed over his comments in Dax Shepard’s Armchair Expert podcast.

The Duke of Sussex, 36, spoke about how he hopes to “break the cycle of pain” as he raises his children – appearing to take aim at his dad Prince Charles.

Harry also discussed the First Amendment in the US constitution, which has received a wide reaction from critics in North America.

Following a flurry of backlash, 59 year old This Morning presenter Phillip has insisted some of Prince Harry’s comments have been taken out of context. Speaking to royal experts Camilla Tominey and Gyles Brandreth alongside co-host Holly Willoughby on Monday morning, Phillip said: “I thought the podcast was shockingly done, they were dreadful interviewers. Just shut up and let him speak! I didn't think that was any good anyway.

“What’s interesting is when you listen to the full podcast you see the headlines and, when he was in The Truman Show – big headline ‘The Truman Show’.

“No, he was fed that line and he repeated it. There’s a lot that’s very unfair.”

He added: “There’s stuff today about him saying that the constitution in America is bonkers. If you listen to the podcast, it’s all part of what he’s talking about.

“I thought he was incredibly eloquent over mental health. And I went into that podcast thinking: ‘Oh Harry do shut up!’ And I came out of it thinking: ‘Good on you, good on you’.”

Camilla added: “He’s perfectly entitled, isn’t he, to talk about his life and to be very candid when it comes to his own mental health.”

Phillip then responded with: “He also said he’s damned if he does and damned if he doesn’t because no matter what he says he’ll either… the headlines are cruel, there is no support for him whatsoever.

“Yes, I understand he’s done what he’s done and there are times when, perhaps, what’s been said was not wise and you don’t want to upset your grandmother because she has just buried her husband. But, you can’t talk about mental health without talking about your background.”

In the podcast in question, Harry, who’s wife Meghan Markle recently cancelled her baby shower, shared his reasons for moving his family to the US.

When asked if he would raise his kids in the “opposite direction” of how Prince Charles raised him and brother Prince William, the Duke explained: “Isn't life about breaking the cycle?”

Prince Harry then vowed to “break that cycle so that I don't pass it on, basically”.