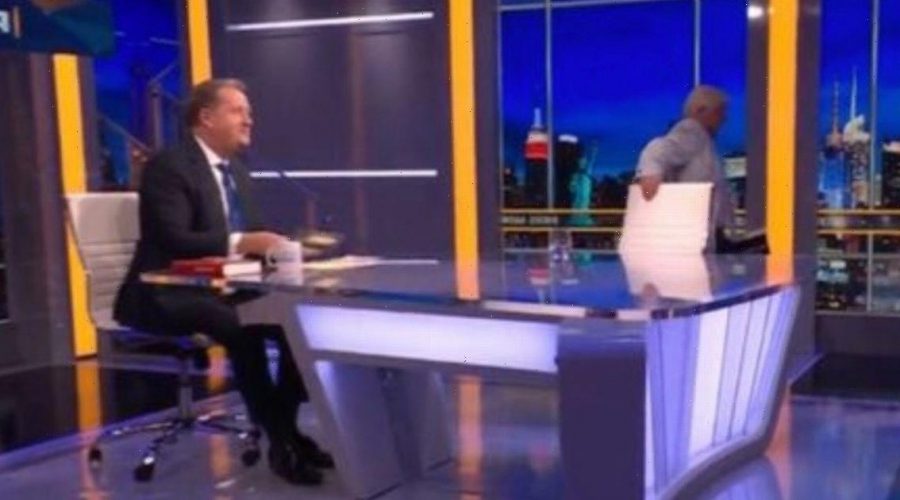 The PM's father appeared on Piers Morgan's Uncensored TalkTV show on Tuesday night (June 14), but the interview took a turn for the worse.

The former Good Morning Britain host spoke to Stanley about his PM son Boris, but Stanley ended up branding Piers a "cheater" and claiming the broadcaster had 'lured him in'.

Stanley defended his son's actions during the Partygate scandal and told Piers he was confident Boris would still be Prime Minister in two years' time.

But the 81-year-old ended up ditching the interview as he'd had enough of Piers, so he walked off before the segment was over.

Wrapping up the interview, Piers said: "It is great to see you, [and] as always an effervescent presence."

Stanley replied: "You are a cheater, I've got to tell you" before adding: "You know, you lured me in here…"

Piers cut in to say: "I'm a trophy hunter, I lured in the trophy."

Stanley fired back: "I don't think I am a trophy."

Piers continued: "There's nothing wrong with defending your son and we got to talk about trophy hunting and your book.

"And I showed you doing a handstand, the words you're looking for, Stanley are 'Thank you, Piers.'"

However, Stanley decided to get up from his seat and leave the room before Piers could go to an ad break.

Stanley shook Piers' hand and said: "See you all, folks,"

Piers then urged Stanley: "Tell Boris to come in soon."

The former ITV star looked rather taken aback before carrying on with the programme.

He joked: "I think he's going to go and get Boris out of the fridge,"

Earlier on in the interview, Piers quizzed Stanley on the chances Boris would remain PM.

The host told Stanley: "The stats are now heavily against him. Hardly any Conservative Prime Ministers ever survived much longer than six months from a no-confidence vote."

Stanley hit back: "Let me tell you something, I am completely confident that this time, two years from now, you and I will be having this conversation possibly and you will be saying, well, 'You're still the father of the Prime Minister, Stanley.'"