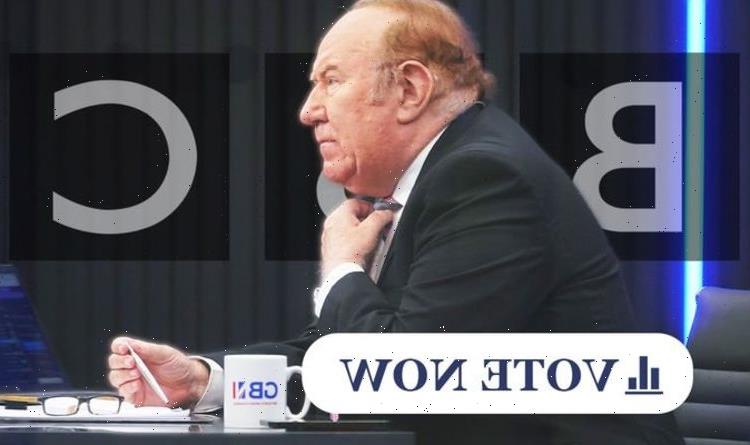 Fiona Bruce says Andrew Neil will be on Question Time

Andrew Neil announced on Twitter: “It’s official: I have resigned as Chairman and Lead Presenter of GB News.” The lack of emotion or explanation in his statement has led fans to wonder if his break-up from the channel has been fraught with hostility. The senior broadcaster and GB News bosses have reportedly failed to set aside their differences after relations between Mr Neil and chief executive Angelos Frangopoulos broke down.

The conflict reportedly stemmed from a difference in creative vision over where the company’s ethos was heading, with the two having different views and aspirations for the show.

A statement from GB News said: “Andrew is without doubt one of the finest journalists and interviewers in this country. GB News thanks him for his 12 months of leadership, wisdom and advice, and we wish him well.”

Do you think Andrew Neil gave up on GB News too soon? Vote now.

Ex-Sky News journalist Colin Brazier has been standing in as head presenter whilst Mr Neil has been away and expressed his excitement on Twitter at having his “name above the door” on a permanent basis.

He wrote: “Andrew has been an inspiration to all of us at GB News. We look forward to seeing him again on the channel as a contributor. And, yes, having minded the shop for a few weeks, it’ll be nice to have my name above the door.”

The future direction of the channel now hangs in the balance, with the station’s increasingly populist agenda apparently polarising the newsroom and leading to a flood of resignations, including three senior producers quitting within days of each other last week.

In September 2020, Mr Neil announced his time with the BBC would come to an end after 25 years of loyalty, to become chairman of GB News.

But when the channel launched in June, Mr Neil only presented his prime-time evening slot for two weeks before announcing that he “needed a break”.

Since Mr Neil’s departure, viewership has dropped and fans have argued the show has move away from Mr Neil’s vision of a centre-right alternative to the BBC, and more towards a chat-show model of “failed politicians and journalists with inflated egos”.

Do you agree? Let us know if you think GB News will survive without Andrew Neil.

To make matters worse, dozens of advertisers pulled their commercials off the channel over content concerns about inclusivity.

Some critics have questioned whether Mr Neil’s decision to quit has come in response to the failure of GB News’s launch, and that he may be attempting to disassociate his name from the show.

Staff at the channel are said to be feeling “let down” by Mr Neil abandoning them to deal with the problems of slipping ratings alone.

However, he will continue to feature on the show as a guest contributor.

Many fans have argued that at the age of 72, it is a fair choice for Mr Neil to step back from broadcasting.

But this week Mr Neil will feature on BBC’s Question Time, signalling he has not packed in his television career.

Do you think Andrew Neil should return to the BBC after quitting GB News? Join the debate in the comments section below.

Sign up to our free Morning TV newsletter to recieve the biggest clashes and jaw-dropping moments straight to your inbox. Click here: /newsletter-preference-centre

14/09/2021 TV & Movies Comments Off on POLL: Should Andrew Neil return to the BBC after quitting GB News?
Lifestyle