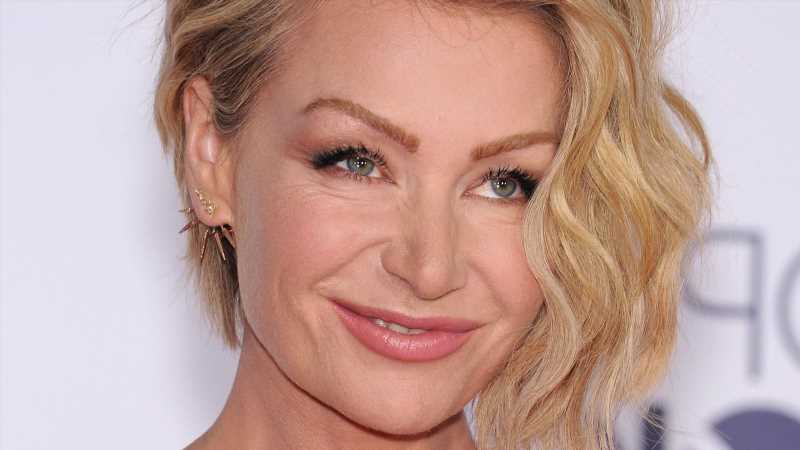 Portia de Rossi has had some notable acting roles over the course of her career. The Australian beauty appeared in several shows early on, but “Ally McBeal” and “Arrested Development” really made her a star. She is married to comedian and former daytime talk show host Ellen DeGeneres, and as a result of her prominent profile, people may think they know all about her. What many may not realize, however, is that her given name is quite different from the one she goes by now.

As Us Weekly noted, de Rossi first met DeGeneres during a party in 2000. However, things didn’t get romantic until 2004. According to The Advocate, it was the VH1’s “Big in ’04” awards show that sparked the beginning of their romance. De Rossi explained the relationship had “many different layers,” as both women were involved with others when they started dating. De Rossi noted “there was definitely a lot of chemistry between us,” but she didn’t “allow” herself to think romantically. At the time, de Rossi was not publicly out as gay. However, she admitted, “I really never stopped thinking about her, because I just haven’t felt that kind of energy with anyone in my life.” Ultimately, de Rossi felt, “We just were kind of supposed to be together.” That 2005 interview with The Advocate was de Rossi’s first time publicly acknowledging she was gay, and she married DeGeneres in August 2008. But let’s get back to the topic of de Rossi’s real name.

Portia de Rossi was 'annoyed' by her birth name 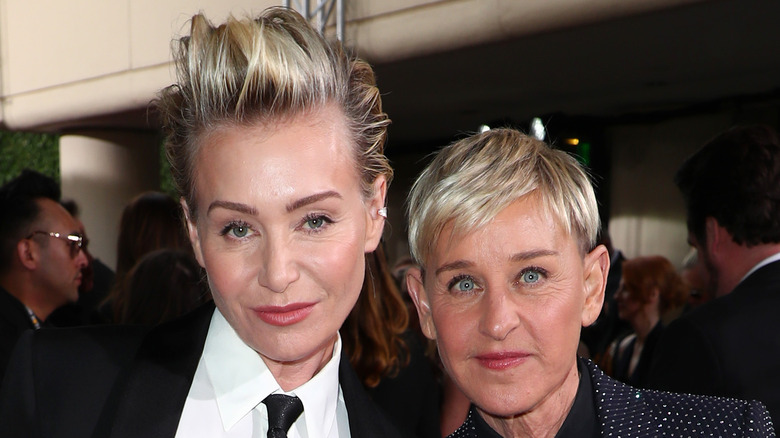 Portia de Rossi legally changed her name when she was 15, she told The Advocate. “In retrospect, I think it was largely due to my struggle about being gay,” she detailed. At the time, “Everything just didn’t fit, and I was trying to find things I could identify myself with, and it started with my name.” As a teen, de Rossi was a Shakespeare fan, so she chose “Portia” from “The Merchant of Venice.” She picked de Rossi because she thought “an exotic Italian name would somehow suit me more.”

As De Rossi wrote in her memoir, “Unbearable Lightness,” she was born Amanda Rogers, but admitted, “I hated my birth name. It was so ordinary, so perfectly average.” She added she was “annoyed” her name had “man” in it. When de Rossi started modeling, an agency suggested she change it. She made it up on the fly, pulling de Rossi from “the credits of a movie,” per her book. As she first spelled it at an event, “I wrote the name in the air with my index finger behind my back to see whether a small d or a big D would look better.” Afterward, she “walked out in shock. I had changed my identity. Just like that.”