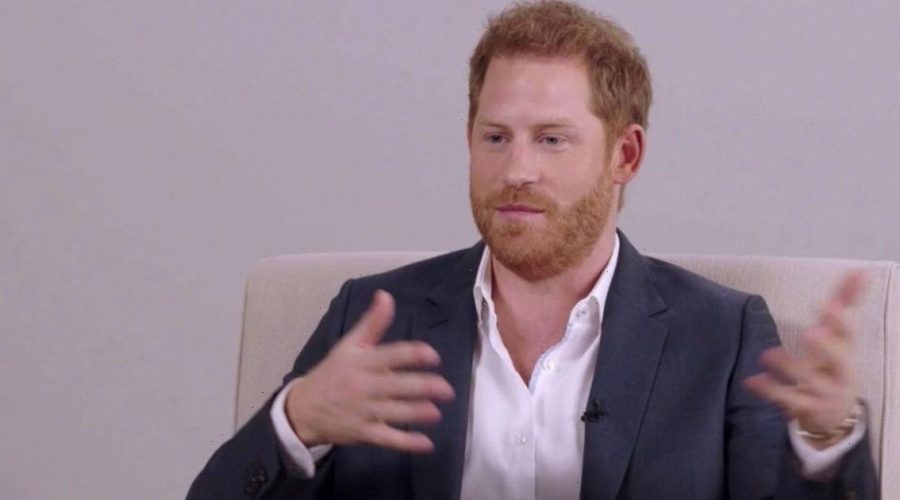 After his release of his telling documentary that aired on Apple TV+ last week, Prince Harry shocked viewers with his openness regarding his experience as a Royal Family member and his mental health.

In the second instalment of The Me You Can't See: The Path Forward that was released on Thursday, The Duke seemed to dig further once again and expressed that he "learned" his family " feel shame" when tackling mental heath issues.

Discussing this further with host Oprah Winfrey, Harry, 36, explained that he also felt "shame" of "not seeing" how someone was feeling if they were experiencing suicidal thoughts.

The Royal also spoke with actress Glenn Close via video link and discussed his experience with his "parents" and "siblings" when it comes to opening up about mental health.

He explained: "As parents, as siblings, certainly from what I’ve learned, there’s an element of shame that we feel because we’re like how could we have not seen it, how did we not know?

"How did you not feel comfortable enough to come to me and share that with me?”

Talking to actress Glen, 74, about her sister's suicidal struggles, Harry said: "To see behind closed doors, the realities of a family struggling – but not just struggling, thriving because of that family connection.

"For me that's the overwhelming positive of it.

"You as a family have had your fair amount of struggles – but what I see from this story that you've told and the experiences that you've been through, it has brought you so much closer together as a family – and I love to see that."

In episode one, Harry made shocking revelations about his wife Meghan Markle's suicidal thoughts while pregnant with their son Archie.

Suits actress Meghan also revealed that she wanted to take her own life before she attended an engagement at the Royal Albert Hall in January 2019 in her interview with Oprah Winfrey.

Speaking about this further Harry said: "I'm somewhat ashamed of the way that I dealt with it.

"And of course, because of the system that we were in and the responsibilities and the duties that we had, we had a quick cuddle, and then we had to get changed to jump in a convoy with a police escort and drive to the Royal Albert Hall for a charity event.

"Then step out into a wall of cameras and pretend as though everything's okay."