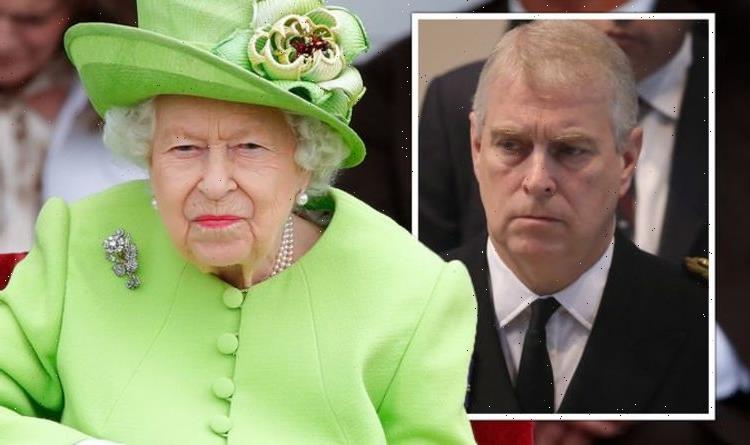 Virginia Giuffre filed a lawsuit in the US accusing Prince Andrew of sexual abuse. She added she was a victim of convicted sex offender Jeffrey Epstein and was made to have sex with the Duke of York when she was 17. Prince Andrew has categorically denied all allegations made against him. Speaking about the allegations on This Morning, guest Nicola Thorp said it was important the Queen spoke out.

Host Eamonn Holmes remarked: “If he is to face justice it could take up to a couple of years actually.”

“I understand that and he’s had quite a long time to cooperate with the FBI, hasn’t he?” Nicola remarked.

“I think actually if the Queen doesn’t speak up soon, she’s going to lose the faith of the British people as well.

“What we are seeing here is a monarchy, a family, a firm, who are protecting somebody who was openly friends with someone who is a sex offender.

“If all their bothered about is his reputation, well I’m sorry his reputation went out the window when he was seen publicly, photographed with a convicted sex offender.”

The discussion came after Metropolitan Police commissioner Cressida Dick told LBC host Nick Ferrari “no one is above the law”.

Appearing on his radio show, she told the host: “It’s been reviewed twice before, we’ve worked closely with the CPS, we are of course open to working with authorities from overseas, we will give them every assistance if they ask us for anything – within the law, obviously – and as a result of what’s going on I’ve asked my team to have another look at the material.

Meanwhile there have been calls for Prince Andrew, who is currently at Balmoral with his family, to be stripped of his military titles.

He added to Newsweek: “It is very difficult to see how Prince Andrew can return to the frontline of the monarchy while a suit is pending, or with a verdict against him passed in absentia.”

Prince Andrew last spoke publicly about his friendship with Jeffrey Epstein in November 2019 in an interview with Emily Maitlis for Newsnight.

He said at the time: “I can absolutely categorically tell you it never happened.”

The Duke of York added he had “no recollection” of ever meeting Ms Giuffre.

Following backlash from the interview, he stepped down from his role as a senior royal.

The Duke said he asked to withdraw from public duties for the “foreseeable future” and has not returned to the public eye since.

This Morning airs weekdays on ITV at 10am.