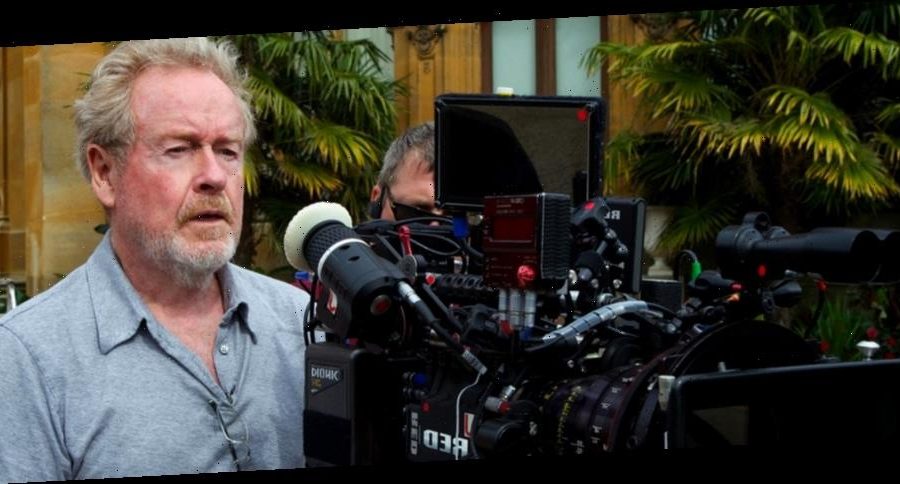 Good lord, Ridley Scott, can you chill? Scott, who is 83-years-old, just wrapped filming The Last Duel and is already deep into shooting his next movie House of Gucci. You’d think he might want to take a breather, but no – he’s already planning his next feature film Kitbag, and is attached to produce a whole slew of titles. And now he’s gone ahead and added one more to the list: Roads to Freedom, a 10-episode World War II epic that he’s making with writer Steven Knight. Scott will direct the first episode and also executive produce the series.

Deadline has the scoop on Roads to Freedom, calling it a “10-episode epic that will tell the story of World War II from several international perspectives.” The series will be based on a series of books by Antony Beevor, with a script by Beevor and Steven Knight, who is responsible for great stuff like Locke and questionable stuff like Serenity (the “Matthew McConaughey is a character in a fishing video game!” movie). Here’s a synopsis:

The intention is to tell the story using fresh and unique perspectives. While most Hollywood war films have focused on the American and British effort, Roads to Freedom will portray the brutal realities from multiple viewpoints, with characters not only from the U.S. and UK but also from Russia, Germany, France and other countries across the globe. That includes women, and children struggling to survive. The emphasis is on humanity, the characters bound together by one dramatic story. Some of the story lines will be discomforting, but heroic, and the race between East and West to capture Berlin will shed light on what became the foundations of the Cold War.

Knight and Beevor will write all episodes while Scott plans to direct the premiere. Scott and Knight will also executive produce,  and the series was created and developed by executive producers PJ van Sandwijk and Michael Lesslie through Storyteller Productions. David W. Zucker and Marina Brackenbury will also executive produce. The Beevor books being drawn on here appear to be D-Day – The Battle for Normandy, Paris After the Liberation, Arnhem – The Battle for the Bridges, Ardennes 1944 – Hitler’s Last Gamble, Berlin – The Downfall 1945, A Writer at War – Vasily Grossman with the Red Army, and The Second World War.

As I mentioned above, Scott is a busy man, so it’s unclear when and how he’s going to fit Roads to Freedom in, but the Deadline reports that the project is a “major priority” for the filmmaker.