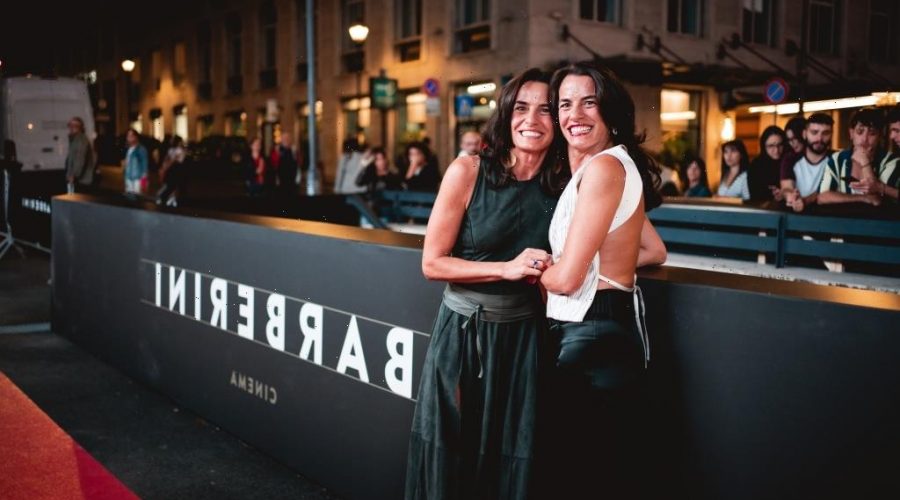 The historic Barberini Cinema in Rome reopens its doors to the public this Thursday for the first time in two-and-a-half years after an ambitious multi-million-euro refurbishment.

Situated in the former carriage house and stables of the 17th Century Barberini Palace, the theatre was built in 1930 by architect and construction firm owner Angelo Giuseppe Rossellini, the father of iconic neo-realist director Roberto Rossellini.

Local cinema folklore recounts that Rossellini Snr. gave his son free entry to the venue, cementing the Rome, Open City director’s love of the moving image from an early age.

Italian Content Boom Confirmed As Producers Study Shows Investment Topped $1.4B in 2021, For 37% Increase Since 2017

Siblings Caterina, Francesca and Alessandro Saviotti, whose family has owned the cinema since the 1950s, have spearheaded the renovation of the six-theatre venue.

They have kitted it out with state-of-the-art Dolby Atmos and 4K Barco technology; distinct green, yellow and orange designer furnishings, a soon-to-be-opened bar and restaurant with a view of Piazza Barberini and Via Veneto, and a roof-top garden terrace. A seventh theatre will also open in the basement next year.

After a glitzy opening party on October 1, the cinema welcomed hundreds of film and TV professionals as the conference venue for Rome’s International Audiovisual Market (MIA) last week and is now gearing up for its soft opening to the public.

In a longer-term trend, Rome has lost more than 100 cinemas over the past decade, making the Barberini one of the last theatres still standing in the city’s historic centre.

Francesca Saviotti talked to Deadline about her family’s quest to breathe fresh life into the Barberini and why she hopes its bespoke, multi-purpose refit will buck the trend for cinemas in Italy’s post-pandemic landscape. 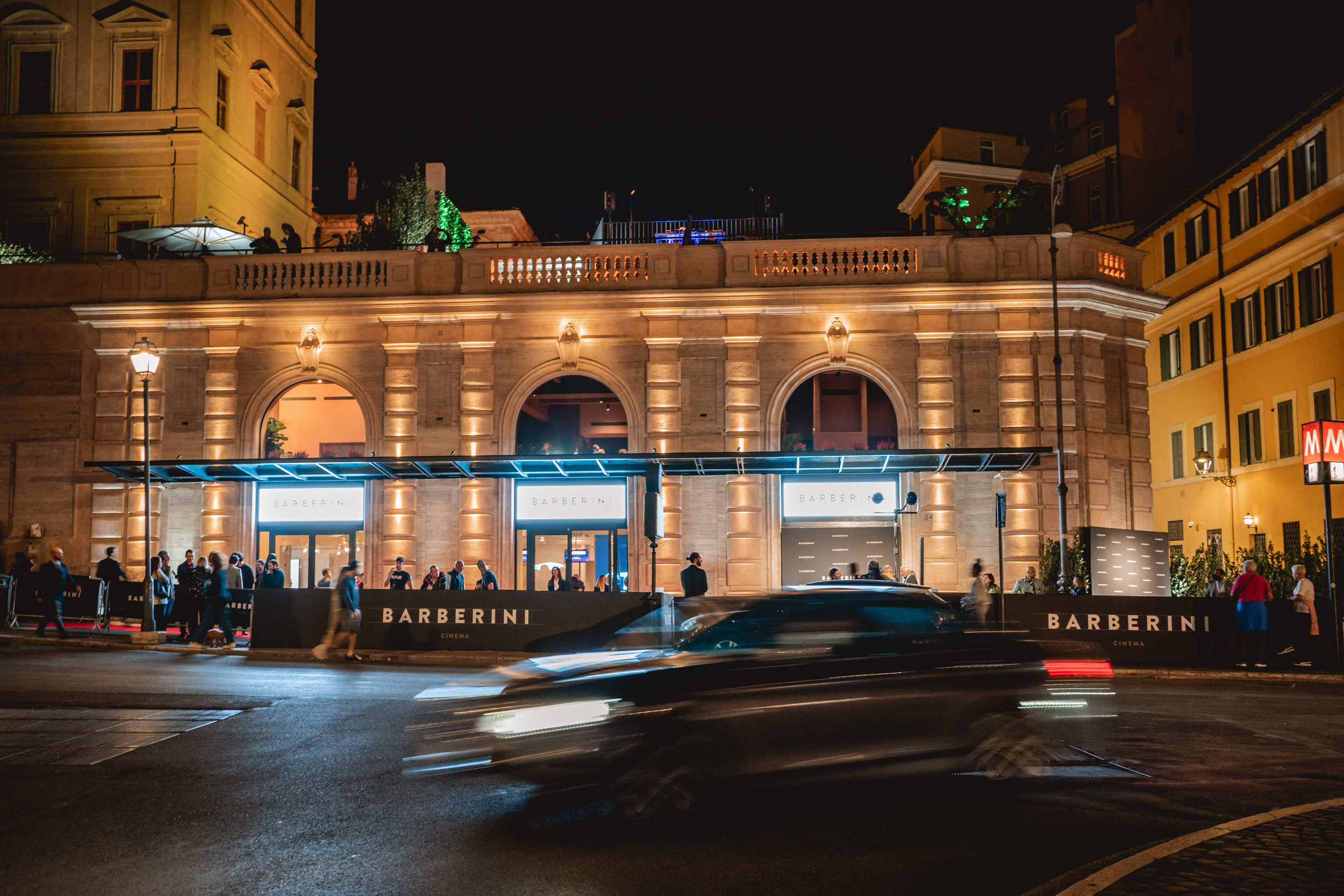 Deadline: How did your family come to be involved in this project?

Francesca Saviotti: The cinema belonged to my grandfather, so it’s been in the family for three generations. He bought it in the 1950s. It originally consisted of one single theater and then my father transformed it into Rome’s first multiplex with three theatres, which was increased to five in the 1980s. It was then handed over to us. We used outside management for ten years, taking back direct control five years ago.

Deadline: When did you decide to take the plunge to refurbish it?

Saviotti: When we got it back the cinema was in a dilapidated state. We kept it going for three years but when the pandemic hit, we knew we were at a crossroads. We could see that cinema was suffering. We felt that if we really believed in the sector, it was time to do a major refurbishment, not something half-hearted.

It doesn’t make sense to keep worrying about the platforms. They’re here. They’re part of life and have even improved certain aspects of it. But their arrival means that if people come to the cinema, it’s got to be better than staying at home. We decided we would invest seriously to create a structure with infinite possibilities, with a high level of technology and comfort.

This is a historic place, overlooking Piazza Barberini with Bernini’s fountain looking back at us.  We wanted to return some of the shine to our city so that international guests – we do a lot of foreign language programming – will also see its beauty inside the cinema.

Deadline: You talk about the cinema as being “a structure with infinite possibilities”. What do you mean by that?

Saviotti: Our idea is to use the cinema for different types of events so it is in continual use. The theaters are designed in such a way that if we want to host a concert, we can take the seats out. We’re currently looking at the possibility of hosting a Coldplay Live event, for example, maybe on the terrace with headphones and drinks or perhaps in one of the theatres. We’re still figuring that out. We’ve already got a theater performance booked and are also studying the possibility of holding candlelit events, which have proved very popular in Milan.

There will be a cinema programme but the venue can be used for events not related to cinema. If someone wants to put on an electronic music event, for example, we’ll transform the space. One of our strengths is that as private family owners we can make decisions quickly and move rapidly.

Deadline: Is this a personal project for you and your family, or does it need to turn a profit?

Saviotti: We’re a family of business owners with lots of other activities. We’re not Berlusconi, let’s put it that way. The cinema has been in our family for three generations. It’s an important building in an important location but before trying to do something else with it, we’ve decided to give it a go. At the moment in Italy, there are lots of [Covid recovery] funds, which we’re hoping to tap into, which would be a huge help. Having said that, our goal is to make the venue work. It’s a cinema but it’s also a place where you can do lots of other things. That is how we will stay alive. 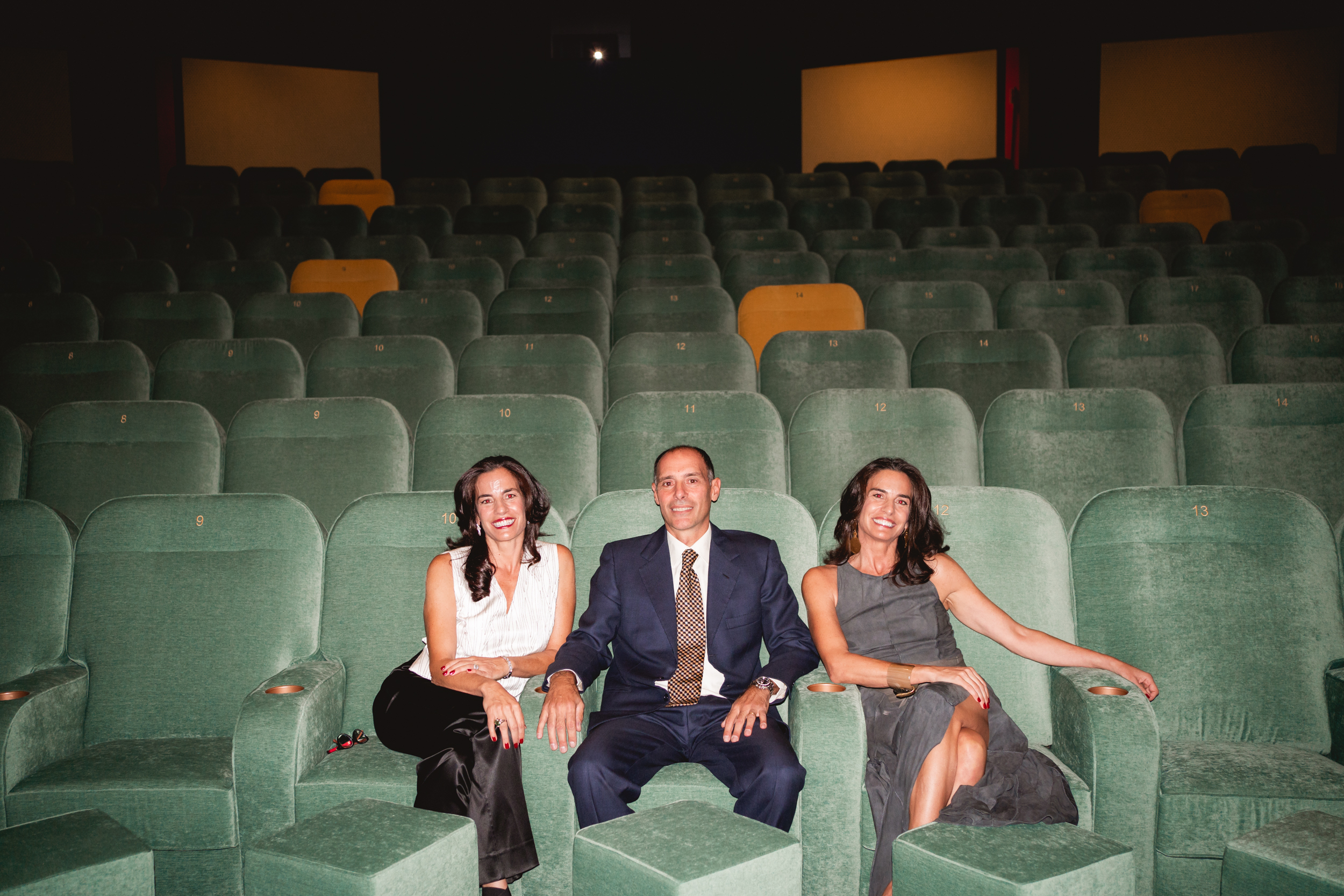 Deadline: There’s a designer feel to the decor and a very distinct green-yellow-orange color scheme. The seats are also ultra-comfortable. Who oversaw the design and furnishings?

It came from us. We love colors, me and my sister. Some friends came by and said, “It’s just like your house”. We definitely didn’t want grey. That’s not us. The seats were designed for us by Cinearredo a small, specialist company in Bergamo. We spent three months, me and my brother, trying out different prototypes. It took a long time. The material comes from Rubelli, which is an important textile company in Venice. All the textiles come from them.

Deadline: Who will be in charge of the programming and do you have an editorial line?

Saviotti: My sister [Caterina Saviotti] is handling that with Othman Badran, who has been with us at the cinema for 30 years.  We’ll be kick-off with a soft opening on October 20 and then the week after, the idea is to start hosting premieres, accompanied by directors and cast members who will come to meet the public. The programming will be a mix. We’ll have commercial films as well as arthouse.  Having six theatres we can run lots of different films. We’ve always been open from first thing in the morning until late at night and we plan to keep this timetable. We have a tradition of playing a lot of original language programming as well as an arthouse films.  At least two of the theatres will be devoted to English-language programming.

Deadline: How has your project been greeted by other cinema professionals?

Saviotti: We had the official opening night on the 1st of October. We’ve been working on this for two years but until you open, you have no idea what the reaction will be. You hope it’s going to be greeted positively. It has been more than that. We’ve been bowled over by the enthusiasm and it’s quite genuine. People are happy to see the refurbishment and the spotlight being put on a cinema in a way that is rare today. It’s not easy for cinema owners to invest in cinemas right now, the box office isn’t what it used to be, there are issues like rising electricity prices – there are a lot of problems. We just thought we either do it, or we don’t and now we’re going for it.

How Streamers Are Supercharging Series Production In India: Analysis