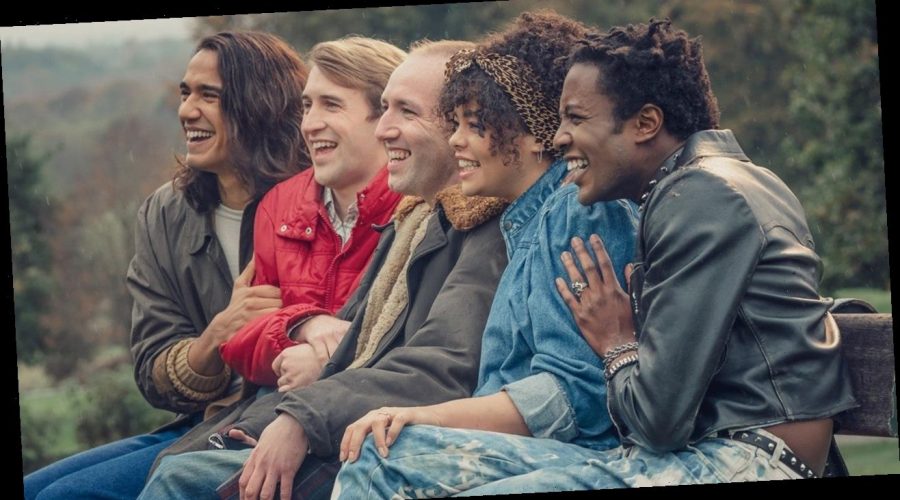 Longtime TV creator and writer Russell T. Davies is back with a new series, It’s a Sin. Following LGBTQ-centric shows like Queer as Folk, Banana/Cucumber, A Very English Scandal and 2020’s Years and Years, he shifts focus to the 1980s, to explore the lives of twentysomething gay men living in London as they face the growing and deadly AIDS crisis. With the limited series now streaming on HBO Max, Davies opens up to ET about his latest creation and the importance of sexuality on TV.

Spanning a decade starting in 1981, the five-part show follows a group of gay friends, Ritchie (Olly Alexander), Roscoe (Omari Douglas) and Colin (Callum Scott Howells), and their straight girlfriend, Jill (Lydia West), as they go from chasing their dreams to fighting for survival in a prejudiced society. Keeley Hawes, Neil Patrick Harris, Stephen Fry and Tracy-Ann Oberman round out the cast in key adult roles.

Described by the Welsh writer as an “innocent story of a young generation walking into a slaughter,” It’s a Sin strikes a remarkable balance between comedy, sex and heartbreak that fills every episode with a full range of emotions that plays out in unexpected ways. “That is how I write,” he says, adding that even when writing darker scenes, jokes have an equal place in that moment. “I think life is like that.”

While Davies’ work has explored the varied lives of the LGBTQ community in the U.K., this marks the first time he’s explicitly written about the HIV/AIDS epidemic, which he lived through. “I’ve been writing this stuff for a very long time and I think HIV and AIDS as a thread in my work has quietly been working its way through,” Davies says. “I would have been very disappointed if I hadn’t done this.”

With the series, he not only gets to revisit the past, but he also gets to connect it to the present and bring it to a whole new generation of viewers, queer or straight, who are currently experiencing a pandemic of their own. “It might be a period drama but it’s a recognizable world,” Davies says, adding that he’s been astonished to see the overwhelmingly positive reaction to it. In addition to wide critical acclaim, It’s a Sin has become the most binge-watched show on Channel 4’s streaming service, All 4.

This reception comes amid backlash over how the series’ sex scenes were portrayed as controversial by The Sun versus similar ones in Bridgerton, which were depicted as hot and steamy. While Davies calls that moment “hostile to gays,” he does commend the paper for following up with a two-page spread written by its gay columnists in which It’s a Sin was “entirely celebrated.” And that was followed by another glowing write-up in The Daily Mail.

Davies happily notes there was “not a slice of shade” in the coverage. 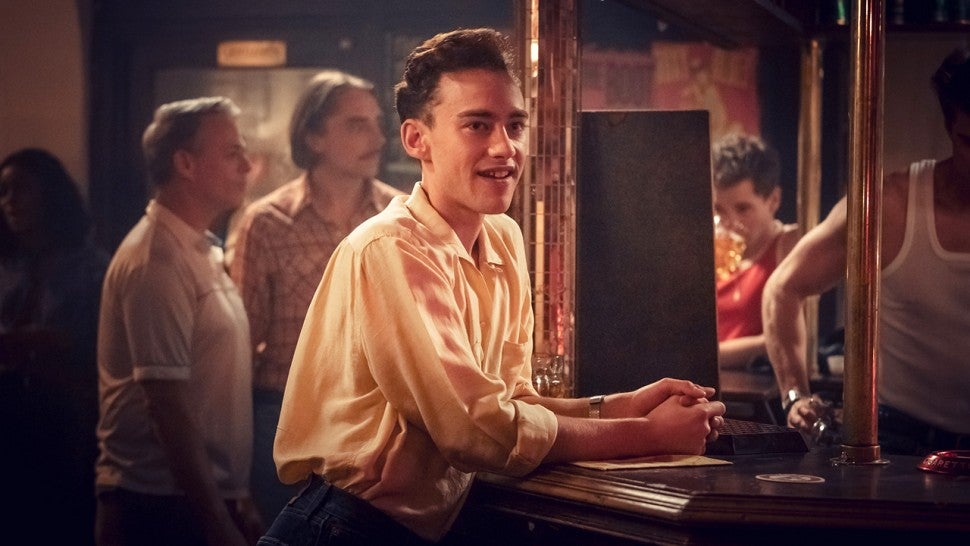 The coverage of the sex scenes in It’s a Sin, however, is another of example of why it’s important for audiences to see themselves represented onscreen and to see that LGBTQ characters are not sexless entities. With Queer as Folk, Davies broke ground by showing gay men having sex in ways not ever seen onscreen before, and every show since has continued to depict realistic moments that further push the boundaries of sexuality on TV.

“I tried very deliberately to do that because I think it’s necessary. And I think it’s very, very important,” he says of including what he believes is a very natural part of everyone’s life. “I think it’s one of our greatest driving thoughts and pressures and joys, and I see nothing wrong with that,” he says, adding that “it’s certainly mine.”

And while some people may complain he includes too much of it, he simply says, “I like writing about it.”

That said, Davies thinks “extraordinary things are happening around the show that I’ve never seen happen before.” And he’s hopeful that It’s a Sin will land in the U.S. the same way it has back at home.

18/02/2021 TV & Movies Comments Off on Russell T. Davies Talks 'It's a Sin' and Importance of Sexuality on TV
Lifestyle