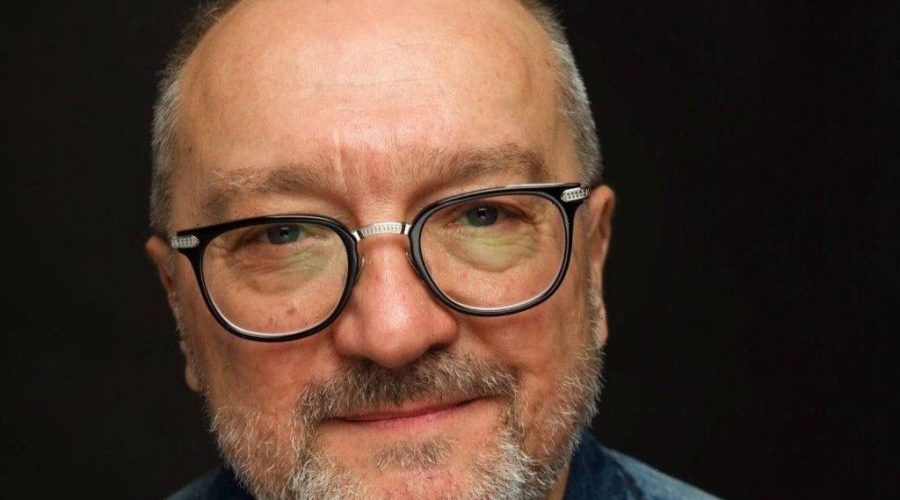 The year 2021 marked 10 years in the business for Mars Media, the leading Russian content company founded by Ruben Dishdishyan, who previously set up and ran fellow major player Central Partnership.

At Mars, Dishdishyan and his team initially focused on producing TV, but have since moved more into the film business, at a time when most of the industry seems to be going in the other direction. The pivot to large-screen production has paid dividends, however, with its family movie Palma proving a local hit, and spawning a sequel, while its war pic T-34 was both a local box office success and also made waves in China. On the horizon, Mars’ projects include Woland, the $15M drama starring Inglorious Basterds actor August Diehl in a loose adaptation of Mikhail Bulgakov’s classic novel The Master and Margarita.

Deadline sat down with Dishdishyan to cast our eyes back over a decade of operating in the Russian market. We also discuss the influx of the streamers into the local industry, and whether the Russian content biz is maturing to the extent that we could see a Squid Game-size hit emerge from the country in the coming years.

DEADLINE: Congratulations on your 10-year anniversary – what have been the highlights?

RUBEN DISHDISHYAN: These were very bright years, though they weren’t necessarily always easy. We’ve done a lot in this time. To put things in numbers, the company has implemented 160 projects; 35 films and 125 TV series. They’ve brought us more than 130 awards at international and Russian festivals. Overall box office of our films in Russia has reached 4.1 billion Rubles ($56M), and revenues from our projects abroad have increased by more than 50%.

One of our films – the war drama T-34 – was a huge success in China, not the easiest territory for foreign film releases. It ran for a record nine weeks and grossed $3.4M. Next year we are releasing yet another successful film in China, the family romance Palma.

As for the brightest period, I believe that’s the last 18 months: in the face of crisis, lockdown, uncertainty, and market decline, Mars Media has not only survived, but also grown stronger. And it celebrated its 10th anniversary in full force, looking to the future with great optimism.

DEADLINE: You started primarily as a TV company and more recently moved into film, when a lot of the industry is going the other way, tell us about that decision.

DISHDISHYAN: For us it was a logical move. TV series are a less risky and more stable business. From day one Mars Media was successful in the TV market, which enabled us to gain strength quickly. This let us look in the direction of feature-length films, especially since my colleagues and I had already had substantial experience in producing feature films in our previous company – the one I founded and headed for many years, Central Partnership. 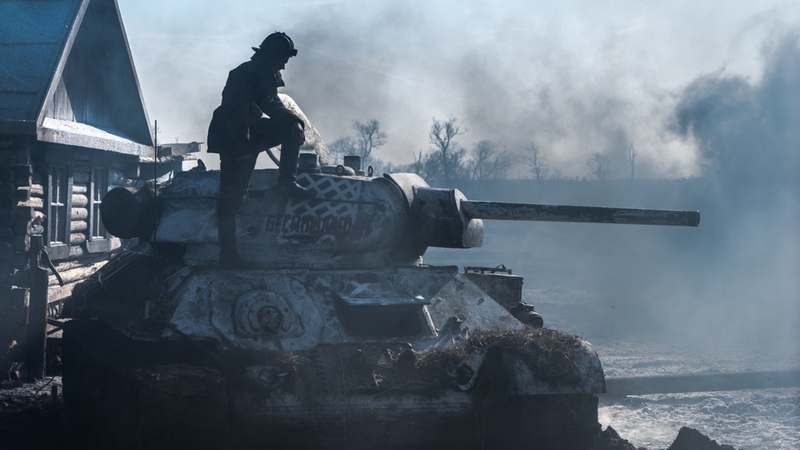 The turning point for Mars Media proved to be the film T-34, which became not only an audience hit, but also one of the biggest box office successes in the history of Russia’s film distribution business, grossing 2.3 billion rubles ($31M). Thanks to this success, the company joined the leaders of Russian film production and gained confidence.

Now the company is rapidly developing, increasing its share in terrestrial television programming, as well as in the film industry and online platforms. We are trying to work in every segment, each of them has its own market dynamics. And terrestrial television is an important part of Mars Media’s creative endeavors.

DEADLINE: How is the health of the local Russian cinema market?

DISHDISHYAN: Lockdowns, hybrid distribution, or releasing major films online straightaway (which, in my view, is a wrong thing to do) have all had a bad effect on the current state of movie theaters, and have changed the structure of film distribution. I think there should be support for movie theaters.

DEADLINE: You’ve done business with the streamers – how much are the streamers targeting the Russian market and how often are you working with them? Apple just bought its first Russian show [Container].

DISHDISHYAN: We have been actively working with Russian platforms for several years. Our company was one of the first to sense the growing interest in VOD services and began to develop in this direction. So, by the time the platforms grew stronger, we had something like 20 projects in store for them. Our TV series Storm, Whirlpool and Chicks became trailblazers and they enjoyed major success with audiences and festivals.

I welcome the arrival of overseas streaming services into our market, as it helps to boost competition and overall product quality. We are in close contact with all major western platforms. I hope in 2022 we will announce which film series are to be produced for them.

DEADLINE: How has the Russian market evolved across the last decade?

DISHDISHYAN: The business model has dramatically changed with the arrival of the streaming services, which have now become the strongest players in some areas. Three years ago, there was no way you could see it coming. There was a period when shooting was very problematic [during the pandemic], which had its effect on the amount of content, but it looks like we are witnessing a very rapid recovery now.

DEADLINE: Do you believe Russian content could begin to breakout more internationally in the coming years, as we have seen with countries such as South Korea?

DISHDISHYAN: I really want to believe that is going to be the case. I see the growth of interest in Russian projects, which mostly has to do with the increase in quality of our content and the level of our film industry on the whole. It has substantially grown in recent years – this goes both for films and TV series. I attribute it to the fact that a new generation of young filmmakers has joined the business. 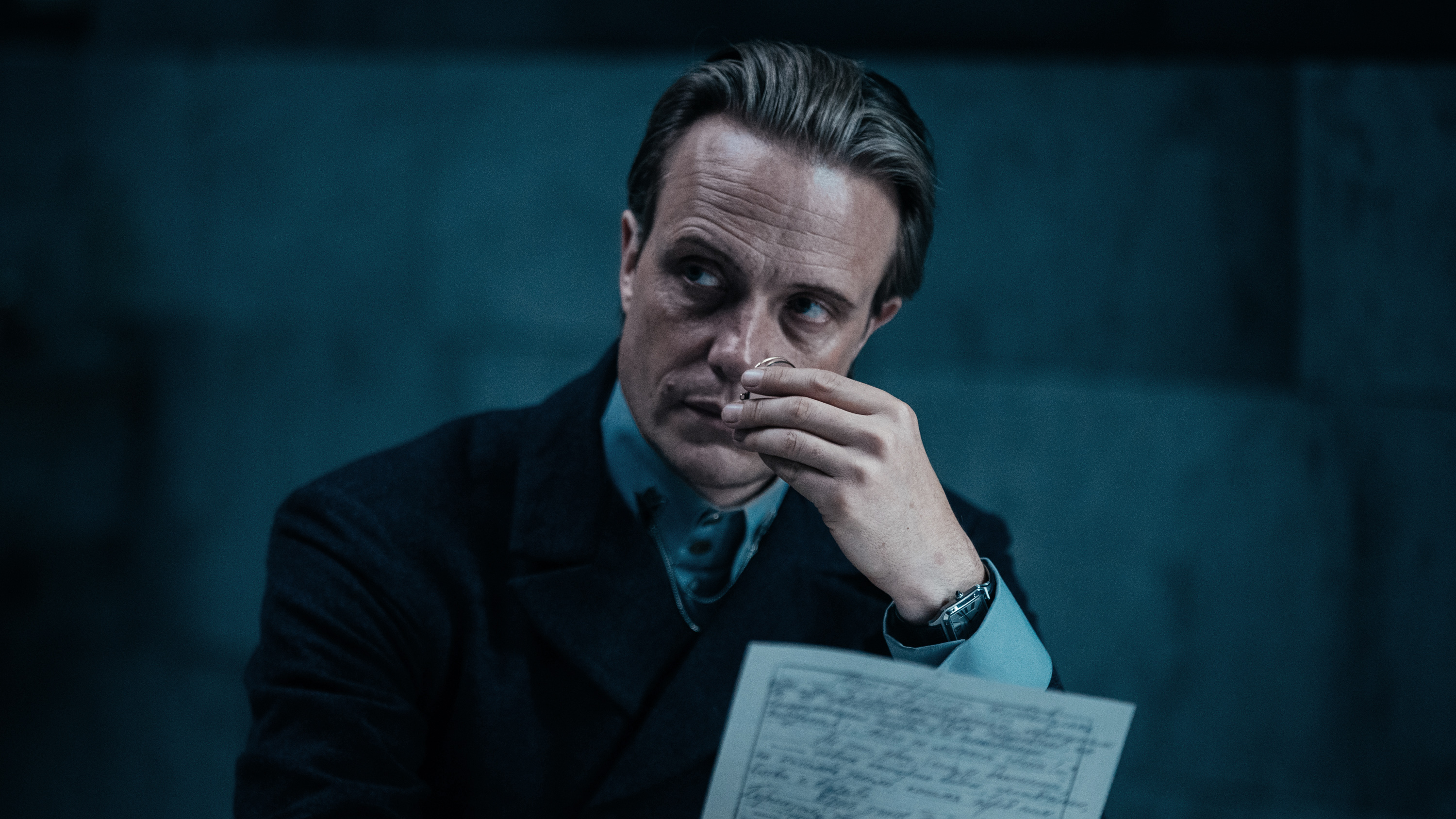 Also, the world is opening up, and people all over the world want to watch interesting content. Language is no longer a major issue, as audiences are getting used to subtitles. We have access to the diversity of Netflix, Hulu, Amazon, HBO. We see the current tendencies and the benchmarks telling us in which direction we are to move. All of this is already bearing fruit, so there will be more successes to follow. I am happy to witness all that, and I believe that our contribution to this process will not be a small one.

DEADLINE: How much public funding is available in Russia and to what extent are you tapping into this? Is there any political influence on those funding decisions?

DISHDISHYAN: Mars Media is one of the major filmmaking companies, which gives us an opportunity to receive partial state funding for our projects. In all this time we have never experienced pressure or censorship. It is the potential and the quality of the submitted project that is always critical in making the decision to support it.

DEADLINE: Otherwise, what are the key sources of local financing?

DISHDISHYAN: They vary, including our own resources, private investments, various funds, the support of the Ministry of Culture of the Russian Federation, as well as online platforms. Plus, collaborations with our partners. This year, we signed a strategic five-year agreement to co-produce 10 feature films with Leonard Blavatnik’s Amedia Production. With his company we already have successfully co-produced a number of TV series and film projects, including The Golden Horde, T-34, and Palma. Currently, work is underway on two further large-scale films, Woland and Mira, which have theatrical releases slated for 2022-2023.

DEADLINE: Tell us more about the projects you have coming up.

DISHDISHYAN: We have something like 25 films at various stages of development, it’s a program for three-four years ahead. Among them: the film adaptation of Ruslan and Ludmila, one of the most popular works by Alexander Pushkin; Palma 2, the sequel to the family blockbuster; and The Dead Mountaneer’s Hotel, the film adaptation of the novel by Boris and Arkady Strugatsky. We also have about 25 TV and streaming platform projects in the works for 2022-23. In the next two-three years, we plan to reach leadership in all segments of the industry and enter international markets with our content.