SCARLETT Moffatt was left in tears as her friends sent her flowers after she revealed devastation over the latest lockdown rule change.

The TV star's plans for a 30th birthday bash have been left in tatters after Prime Minister Boris Johnson announced a ban on groups of more than six socialising. 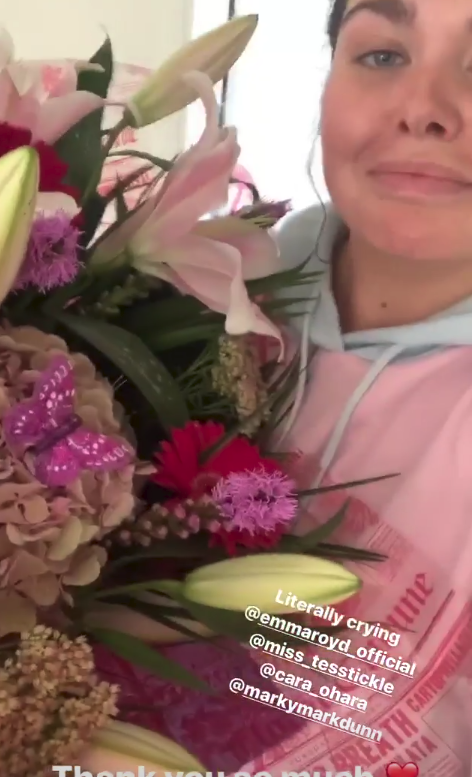 Sharing her thoughts in a series of emotional and honest Instagram stories, Scarlett wrote: "I know I like to spread positivity. But I can't lie to you all, I've never felt so crap in all my life.

"Boris announcement has seriously knocked me. Hope you're all ok."

She continued: "And to those who are feeling like me and are struggling. Don't feel ashamed about it. What's happening is strange and crap. It's a natural reaction."

Trying to end her admission with a bit of humour, she joked: "Also side note – the fact all my 30th birthday plans have been cancelled means I can stay 29 for another year?" 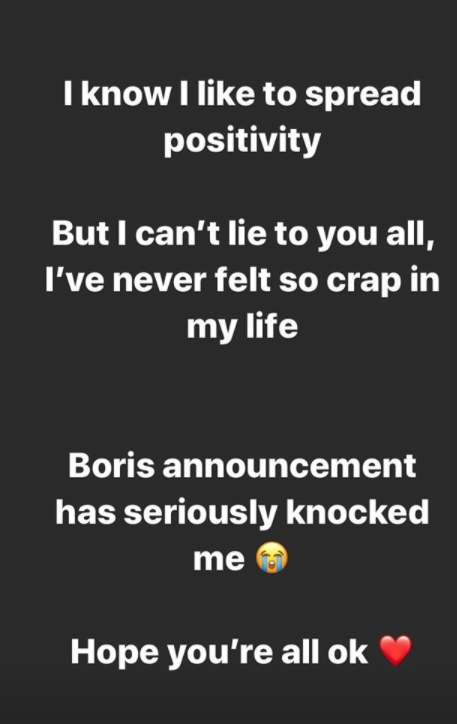 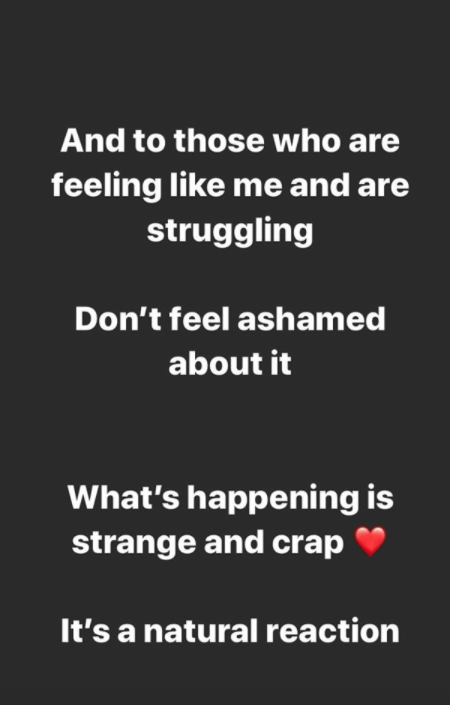 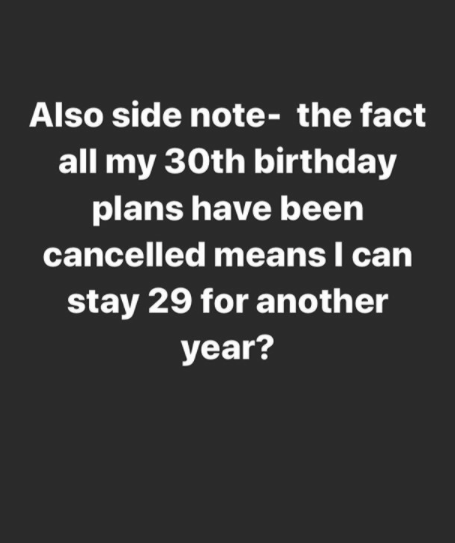 Scarlett's friends rallied around her with gorgeous bouquets soon arriving to boost her spirits.

And it did the trick, with the thankful star giving her thanks with a tear in her eye.

Earlier in the day The I'm A Celeb champ fumed "f**k off coronavirus" while watching the PM's latest conference. 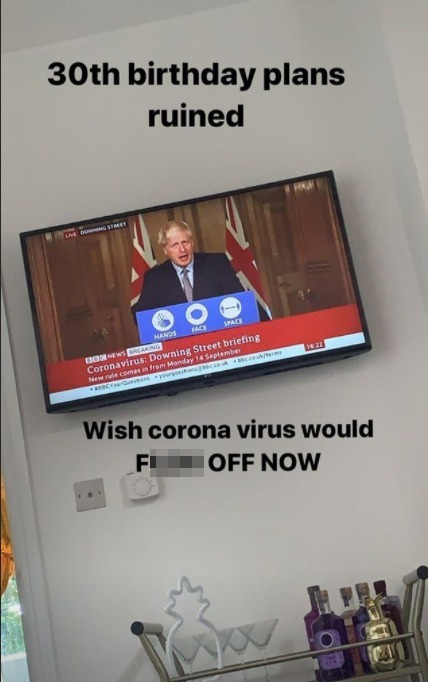 The former Gogglebox star is set to turn 30 next month and was looking forward to celebrating the special milestone, but now her plans look to have been scuppered.

Scarlett posted a picture on Instagram of her TV as she watched Boris's announcement. 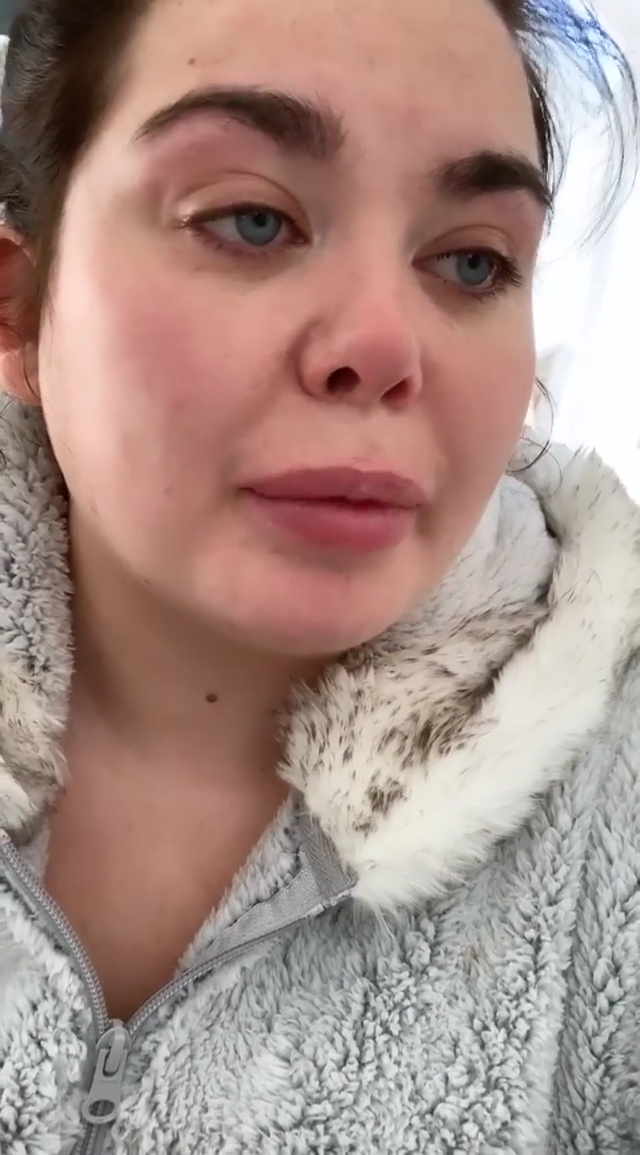 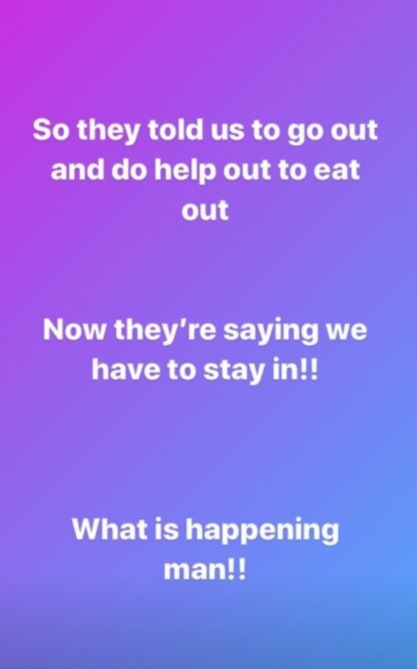 She then posted another story which read: "So they told us to go out and do help out to eat out.

"Now they're saying we have to stay in! What is happening man!"

The PM warned that people flouting the clampdown — including bans on social gatherings of more than six — could even be arrested. 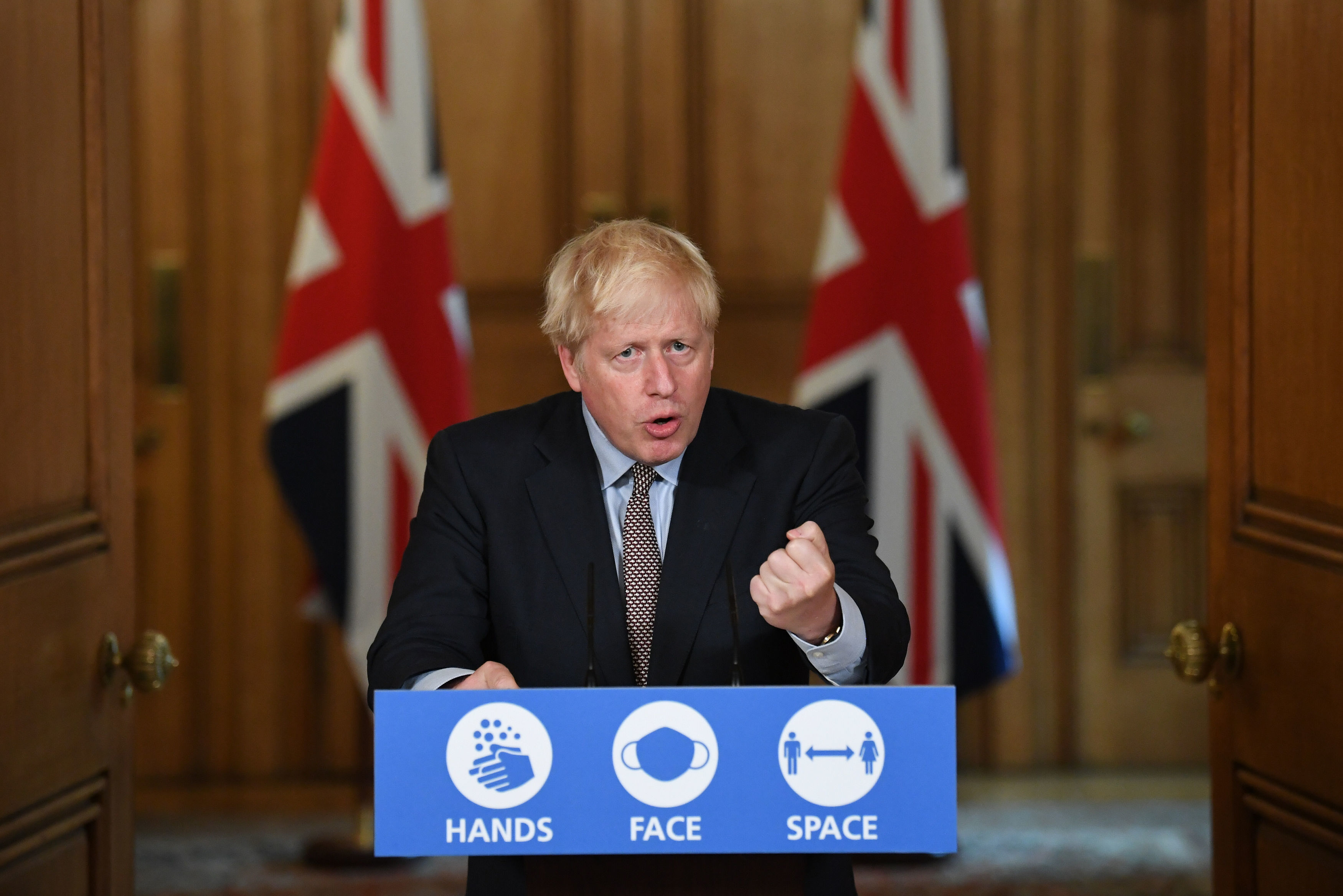 In his first press conference since July, the PM announced moves to ramp up enforcement of the tough rules to make sure everyone is following them – or they risk being slapped with fines of at least £100.

And medical experts warned that a second spike in coronavirus was being fuelled by young people failing to follow the rules on social distancing and hygiene.

Boris said he hoped we "could" get things back to normal by Christmas with the Government's plans to roll out mass testing in the coming weeks and months.

But Government scientists fear the rules are likely to remain for at least three months – and could be in place for six.