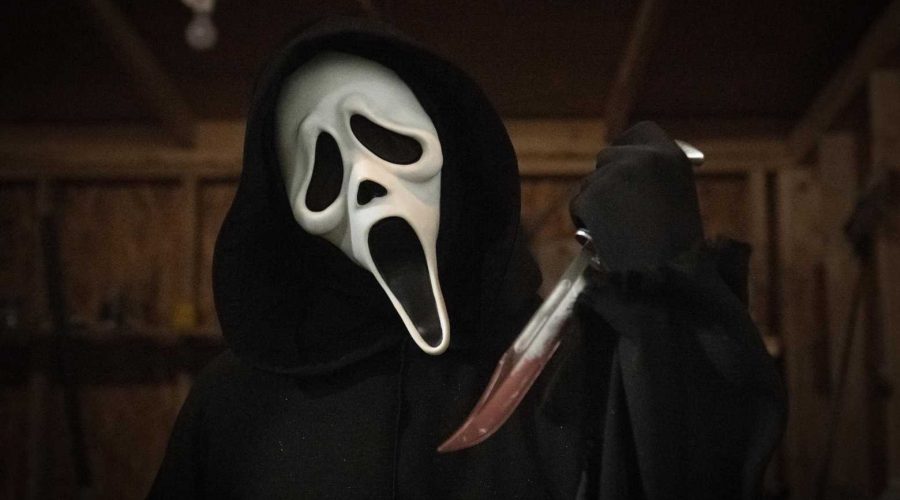 FIRST there was the sequel, then the prequel, now we have the “requel.”
If you don’t understand what that means, join the club.

But Scream is back — and the fifth film in the franchise confusingly shares the title of the 1996 original. 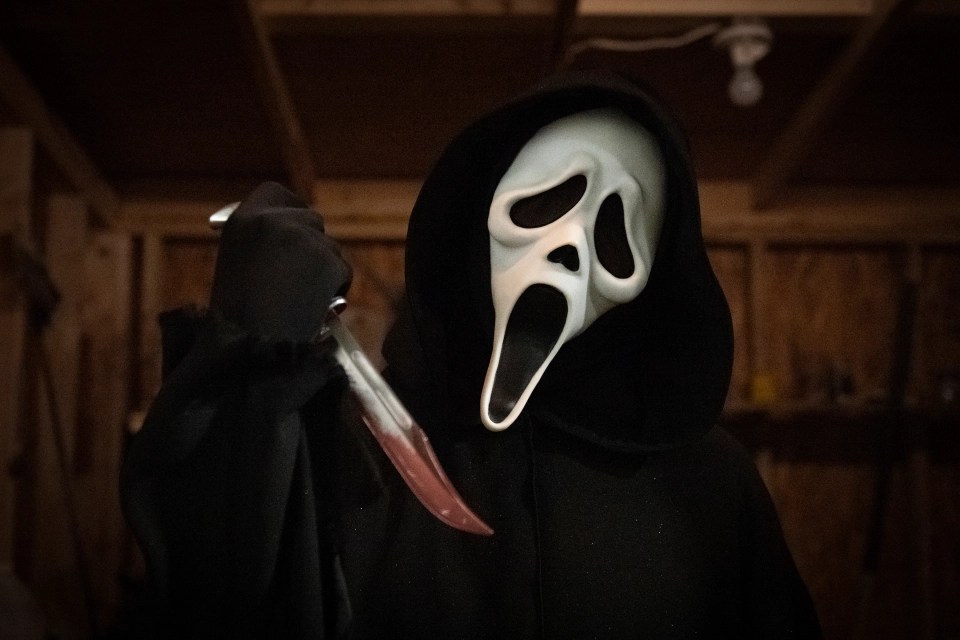 A requel is apparently a reinvention of a sequel, which straddles both the past and present. It needs to have new characters mixed in with old favourites, who repeat fan-pleasing moments from the original.

The new Scream is a “deconstruction” of the concept of a “requel”. So, just like Scream 2 was a play on what a sequel is, this jokey horror pokes fun at clichés to be found in the likes of the most recent Star Wars movie.

It has in-jokes about plot lines being designed to soothe fan outrage about inadequate sequels, along with all the key scenes you’d expect in a Scream movie. But that’s nothing new.

All the previous offerings have been built on repeating certain key elements and changing each of them only marginally.

So, Scream starts with a lone young woman at home receiving a phone call from a stranger asking if she wants to “play a game”.

And again a close group of young friends in the fictional town of Woodsboro must try to figure out who the killer is beneath the Ghostface mask and black robe.

One criticism of Scream 3 was there was not enough blood and gore. 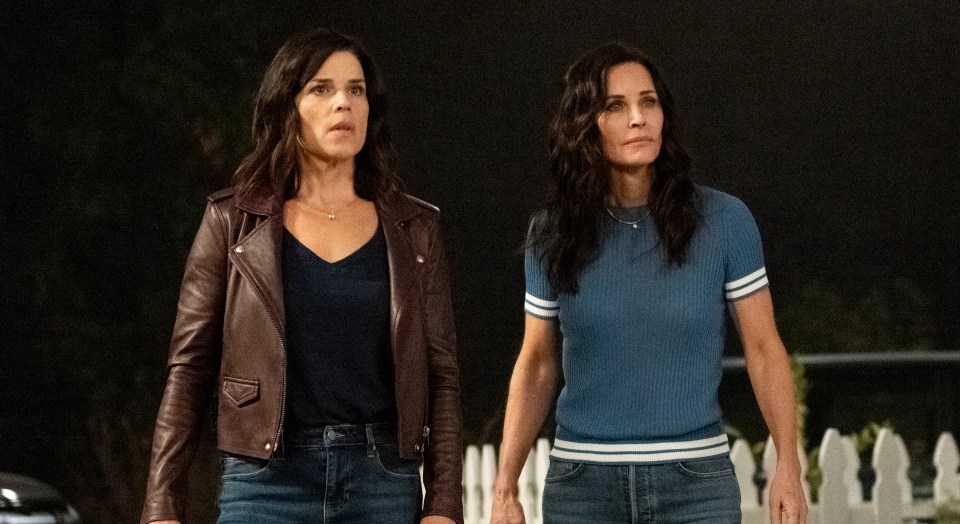 Personally, I’d have been happier if the new directors hadn’t given into that demand to show long blades being plunged angrily into the bodies of young women over and over again.

What does count in Scream’s favour is that the 11 years since the previous one means this doesn’t feel like overkill and the whodunnit element still works a treat.

But I’d use less millennial language than “requel” to describe this film. It’s a rehash, it’s a recash-in, it’s a regurgitation.

As Sidney says in one of those “meta” jokes, “You’re in need of new material”.

UNLESS you live in Carmarthen, South West Wales, it’s unlikely you’ll recall that this small town hosted the UK’s first screening of Jurassic Park, in July 1993. 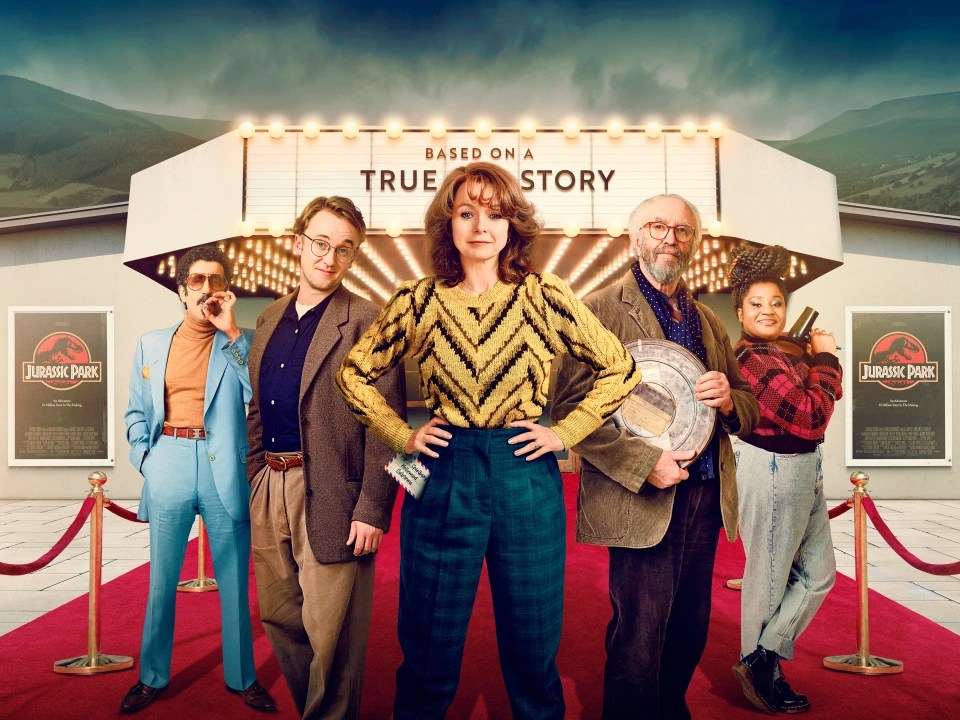 Its independent Lyric Theatre rolled the film five minutes before the glitzy London premiere by personal permission of Steven Spielberg himself.

It came about thanks to the efforts of local resident Liz Evans, a hairdresser and co-ordinator of the local youth drama group, who spearheaded a campaign to save the art deco cinema after developers won permission to turn it into a shopping centre.

In a re-telling of her story, Samantha Morton plays Liz, who is a married mum to three boys and has a passion for putting on productions that give others in the community a love of the arts. Hearing that her beloved Lyric is due to be bulldozed, she springs into action.

And she is supported by locals including Councillor Richard Goodridge (Tom Felton) and humorous salon sidekick Dolly, played excellently by Susan Wokoma.

The pace dawdles but there’s nostalgia and sentimentality aplenty in this feel-good tribute to a neighbourhood hero.

IF you’ve given up meat and dairy products for Veganuary, Cow is the film for you.

For everyone else, this documentary, which follows the miserable existence of a cow in a dairy farm, is likely to be troubling. 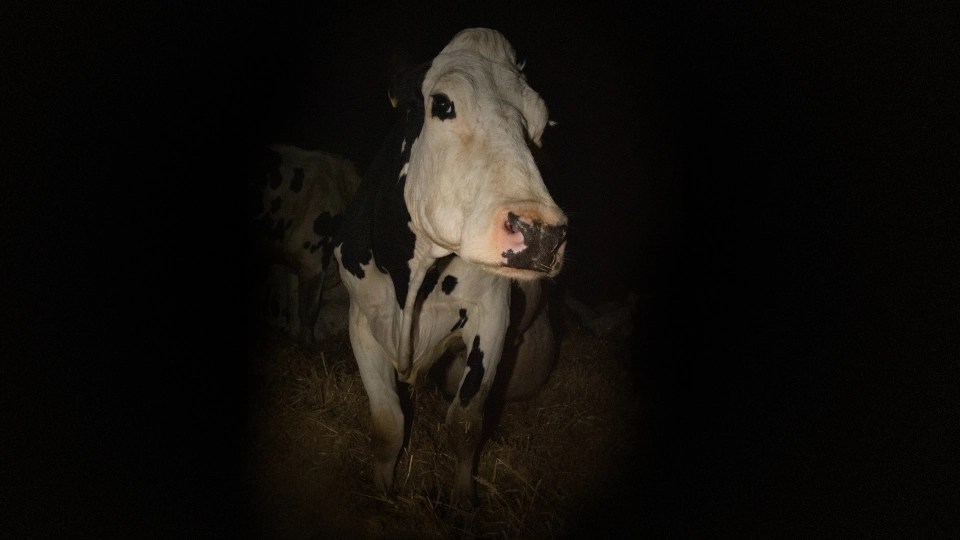 Filmed over several years by acclaimed director Andrea Arnold, whose credits include Fish Tank and American Honey, it focuses on cow Uma.

Our bovine heroine is shown to be an emotional creature, deeply affected by the removal of her calf shortly after its birth.

We see Uma lose her appetite and moo desperately when the newborn is taken to another part of the farm.

Her life is a constant cycle of pregnancy, trudging through dirty concrete floors, being milked by machines, shuffling around in a crowded shed and making visits to the field.

It’s fair to say, then, that this isn’t some jolly depiction of Daisy with bells on.
What makes Arnold’s documentary stand out though is the complete absence of commentary of any kind. She simply shows us moving images of a dairy cow’s life and leaves us to make up our own minds.

That, in itself, elevates Cow above cattle class.

13/01/2022 TV & Movies Comments Off on Scream review: Fifth film in franchise is a rehash, a recash-in and a regurgitation of 1996 original
Lifestyle