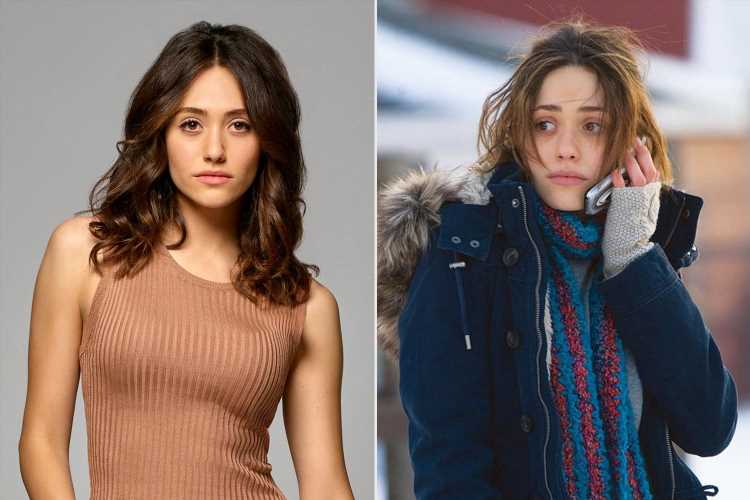 For nine seasons, Rossum played Fiona, the oldest of the five Gallagher children who hail from Chicago’s South Side. That star’s fierce, mother-figure character took on every challenge her dysfunctional family threw at her as she worked odd jobs to support her siblings.

The actress announced her departure from the show in August 2018, and has since appeared in the biographical-comedy A Futile and Stupid Gesture (2018) and the action-packed drama Cold Pursuit (2018). She made a splash with the trailer for her upcoming film Angelyne last April. Although nothing has been announced, fans are anticipating Rossum will return as a surprise during the show’s final season. Fan-favorite and second in charge, Lip Gallagher has been played by White throughout all 11 seasons. Since the show’s debut in 2011, the star has also appeared in the mystery flick The Time Being (2012), the thriller Bad Turn Worse (2013), the horror mystery The Rental (2020), and several shorts. Macy has had a storied career prior to his role as Frank, an alcoholic absent father who often serves as the family’s constant headache. He got an Oscar nomination for his role as Jerry Lundegaard in Fargo (1996), played Little Bill in Boogie Nights (1997) and George in Pleasantville (1998), before sinking his teeth in all 11 seasons of Shameless. Prior to landing shameless, the actor played Van Montgomery on Reba from 2001 to 2007, and appeared in episodes of New Girl, Sons of Anarchy, Workaholics and Law & Order: SUV while filming the show. Kevin Ball’s sharp and beautiful wife Veronica was played by Hampton, who also had reoccurring roles on TV shows Related (2005-2006) and Miami Medical (2010) before landing her role. She’s recently appeared as Elaine in the thriller Deadly Illusions and has been cast to star in the upcoming NBC comedy pilot Night School, which will be based on the 2018 movie that starred Tiffany Haddish and Kevin Hart, according to Deadline. Cutkosky had done print ads and commercials and had a small role in Fred Claus before landing the part of Carl — the delinquent of the family who cares deeply for his siblings — at just 11 years old. Outside of the show, the actor has starred in Vic Mensa’s “OMG” video in 2017 and appeared as young Tommy Egan on the TV series Power. Fans have watched Debbie, played by Kenney, mature from being the scrappy little sister to surprising audiences as she turns out to be more like Frank than fans would’ve liked.

Since the show has aired, Kenney has also played Harris Conner-Healy on the TV comedy The Conners (2018-2021) and is currently in the works to voice Sarma from the animated film My Love Affair with Marriage. The big-hearted third oldest Gallagher kid went from dropping out of high school to enlisting in the military and eventually marrying childhood friend Mickey Milkovich. The actor appeared in several shorts and TV shows, including Malcom in the Middle (2004-2005), Corey and Lucas for the Win (2011) and Gotham (2015-2019), and has joined TV sister Emma Kenney on the animated film My Love Affair with Marriage, as the voice of Sergei. The neighborhood’s biggest bully who eventually grows feelings for Ian Gallagher is played by Fisher, who is no stranger to TV. He has acted in a string of television shows before and during his time on the Showtime series, including X-Men: Evolution (2000-2003), The Riches (2007-2008), Castle Rock (2018) and The Red Line (2019). Prior to Isaiah taking on the role of Liam during season 8, the youngest Gallagher was played by twins Brenden and Brandon Sims since season 3, and twins Blake and Brennan Johnson as babies from season 1, according to Vulture. Isaiah brings the audience along as Liam grows a bond with dad Frank and eventually excels at school while trying to remain close to his family.

Isaiah can be seen playing the role of a young Tupac in the TV series Unsolved: The Murders of Tupac and the Notorious B.I.G. (2018), Phil Saunders in Borrasca and young Andre in the film 21 Bridges (2019).

11/04/2021 TV & Movies Comments Off on See the Cast of Shameless Then and Now, Ahead of the Show's Finale
Lifestyle