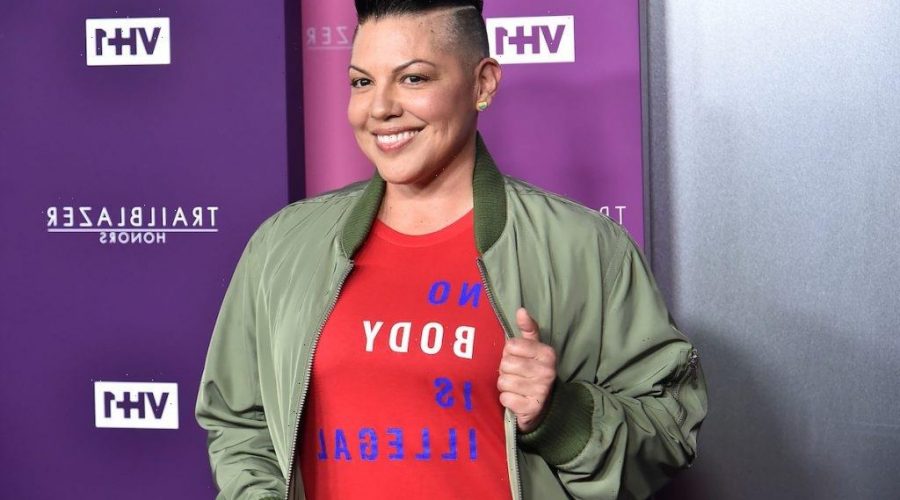 Fans might still be missing Sara Ramírez on Grey’s Anatomy. But the non-binary actor (who uses she and they pronouns) will be making a splash on the Sex and the City reboot, And Just Like That… Ramírez was just announced to join the cast. They will be playing a non-binary character, the first non-cisgender main role within Sex and the City. Here’s what we know about Ramírez’s addition to the spinoff show.

HBO Max announced in January 2021 that Sex and the City would have a reboot titled And Just Like That… The spin-off’s name references the character Carrie Bradshaw (Sarah Jessica Parker) writing for her sex and dating column.

Of the 4 lead actors, Parker, Cynthia Nixon, and Kristin Davis will all reprise their original roles. Fans were not happy to hear that Kim Cattrall — AKA Samantha Jones — would not join the reboot. All 4 women were part of both previous spinoffs. After the series wrapped up, there were 2 movies: Sex and the City and Sex and the City 2.

But even though SATC will be Samantha-less in the next iteration of the franchise, a new character will be joining the crew, played by Ramírez.

Ramírez will join the cast as a non-binary character, per Deadline.

“Che is a big presence with a big heart whose outrageous sense of humor and progressive, human overview of gender roles has made them and their podcast very popular,” per Deadline.

Executive Producer of And Just Like That… Michael Patrick King praised the addition of Ramírez to the cast.

“Everyone at And Just Like That… is beyond thrilled that a dynamically talented actor such as Sara Ramírez has joined the Sex and the City family,” King expressed. “Sara is a one-of-a-kind talent, equally at home with comedy and drama — and we feel excited and inspired to create this new character for the show.”

For 10 years, Ramírez played bisexual orthopedic surgeon Dr. Callie Torres. Ramírez’s character made history coming out as bisexual in the mid-aughts as the only bisexual lead on the show. Fans loved Torres’ relationship with Dr. Arizona Robbins (Jessica Capshaw), who was the Head of Fetal Surgery at Grey Sloan Memorial Hospital.

Ramírez might be most well-known for their work on Grey’s Anatomy as Dr. Callie Torres, but she also has been in plenty of other big-name projects as well.