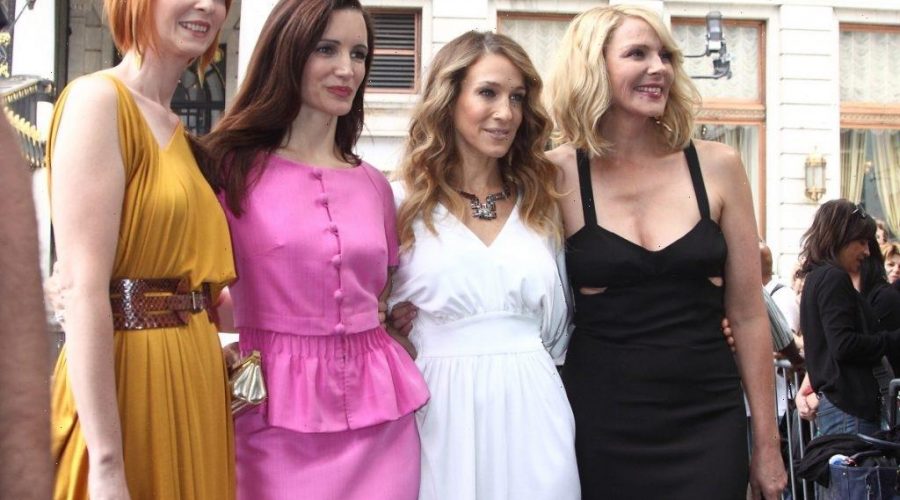 Sex and the City is a TV show that revolutionized HBO and changed the way that many women watch TV. One of the first shows to focus primarily on the trials and tribulations that women face, Sex and the City ran for six successful seasons, ultimately spawning two feature films. With the news that a highly-anticipated reboot is heading to HBO Max, many fans are revisiting the beloved series — and learning even more why it was so controversial when it first ran on television.

‘Sex and the City’ made Sarah Jessica Parker a star

Sex and the City is based on the popular book by acclaimed author Candace Bushnell. The series follows the exploits of Carrie Bradshaw, a writer who lives and works in New York City.

With a passion for fashion and a taste for the good life, Bradshaw navigates single life with the help of her three best friends, Samantha Jones, Charlotte York, and Miranda Hobbes. All four women are very different, but they share a love for each other, and for New York, that helps them through many tough situations.

Sarah Jessica Parker became famous for her role as Carrie Bradshaw, and many fans to this day still know her as Carrie, even though she has starred in many other television and film projects. Additionally, actresses Kim Cattrall, Cynthia Nixon, and Kristin Davis all earned acclaim for their work as Carrie’s best friends.

Ultimately, between the acting, the writing, and the iconic New York locations, Sex and the City quickly became a show not to be missed.

What made ‘Sex and the City’ so scandalous?

Sex and the City might be based around the age-old idea of female friendship, but the storylines and themes presented in the series were very modern. Over the years, the show tackled everything from safe sex to feminism and abortion, leaving no stone (or storyline) unturned.

While many fans loved the fact that Sex and the City was so progressive, there were those who were shocked by the show’s openness on sexual matters and criticized the direction of certain storylines.

The character of Samantha Jones, played by Cattrall, was often at the center of the controversies. Samantha was sexually progressive, and had no problem openly discussing any matter relating to sex — and for that reason, she made some fans uncomfortable.

In general, American audiences got with the times and dealt with the subject matter that they found to be over-the-top. But in some places, the racy material was a bit too much to handle.

What country temporarily banned ‘Sex and the City’?

Singapore banned Sex and the City for years. In 2004, BBC News reported the show was once again available to watch on television, after being banned for several years due to “mature subject matter.” But the series still faced an uphill battle in the city-state, with censors altering the material before it was broadcast to fans in the area.

Reportedly, much of the conversations on the show relating to sexuality remained in their original state, but many scenes featuring the always-controversial Samantha Jones were edited, with some nude footage deleted.

At the time, a spokeswoman for HBO Asia said that “When we get the original tapes, we’ll send it to them, and then they will look through it and they will say ‘Okay guys we want this, this out of here because of this’…If they say nudity and language have to go, then we will edit accordingly.”

Ultimately, Sex and the City remained controversial throughout the entire series run – but the buzzworthy nature of the series might have only enhanced its popularity.