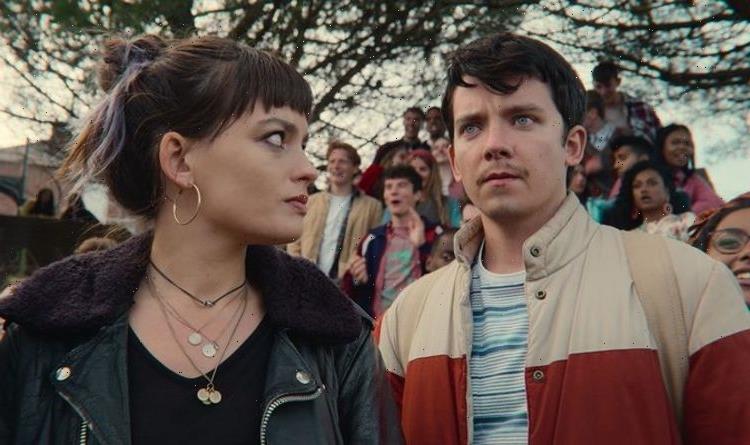 Sex Education season four is looking like a possibility for Netflix following the events of the season three finale. Fans were thrilled to see the relationship between Otis (played by Asa Butterfield) and Maeve (Emma Mackey) develop in the latest season. Express.co.uk has all you need to know about season four and what to expect as the series steals the number one spot in the streaming platform’s top 10.

Will there be a season 4 of Sex Education?

Although it is highly likely season four will go ahead, it has not been officially confirmed.

Netflix will most likely assess the viewership rating of season three before making a decision as to whether to renew the series.

However, with the way things ended for Maeve and Otis, a fourth season is essential to continue the storyline.

Fans will probably have to wait a month before finding out whether the comedy-drama has been renewed.

Season three was given the green light a month after the second outing was dropped, so viewers should expect an update in October 2021.

When will Sex Education season 4 be released?

The release schedule had been consistent up until season three when the coronavirus pandemic hit and impacted production.

Seasons one and two aired in January, but the third instalment was delayed by eight months.

With this in mind, it is highly unlikely the fourth season will emerge in January 2022, especially as the series has not yet been renewed.

As previous seasons have aired after a year-long gap, season four may not arrive until September 2022.

Fans can only hope now that the pandemic has eased, filming will not be heavily impacted.

Who will be in the cast of Sex Education season 4?

All of the original cast should be returning, but of course, the extent of Maeve’s involvement is undetermined.

In the season three finale, she left Otis to take up her place on a gifted and talented scheme in the US.

Hopefully, the series will continue to follow her in America, as she remains central to the story.

It seems new headteacher Hope (Jemima Kirke) has since left the series after she was driven out of Moordale.

There may even be some new faces if the US becomes an additional setting.

What will Sex Education season 4 be about?

Of course, the main topic of conversation is whether Otis and Maeve officially start dating.

They shared a romantic kiss in the rain at the end of the third season, but can they make a long-distance relationship work?

There is also the question of what will happen to Moordale, as the investors decided to pull funding.

Can the school be saved? Or will the students have to pick up their education elsewhere?

There are plenty of other relationships that need exploring, especially for Adam Groff (Connor Swindells) and Eric Effiong (Ncuti Gatwa).

Otis star Butterfield addressed the question of whether a fourth season is on the cards.

“We don’t know [whether there will be more.] It’s out of our hands at this point. I wish I could tell you more, I genuinely don’t know.

“I’d love to do a fourth season because we have so much fun on this show. At the same time, we’ve been doing it for three years now, and I’d be happy saying goodbye to these characters… We’ll have to see.”

21/09/2021 TV & Movies Comments Off on Sex Education season 4 release date: Will there be another series?
Lifestyle