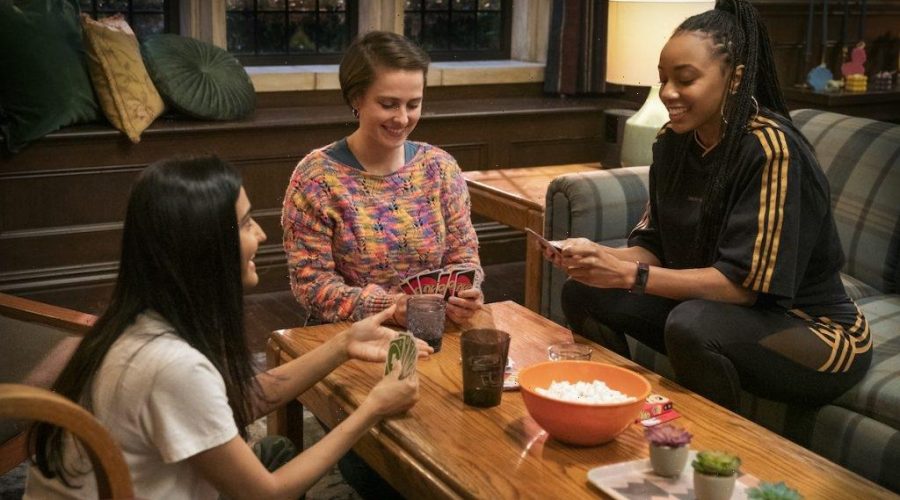 Mindy Kaling has had a hand in many popular projects, but one of her latest could prove to be the biggest yet. Sex Lives of College Girls is a show that premiered on HBO Max in mid-November and has already made waves with critics and fans. The series, which has been heralded as diverse and funny, has become especially popular with young girls who see some version of themselves in the four main characters. Sex Lives of College Girls is a show that brings viewers right into the lives of the characters, and to that end, showrunners worked hard to find the perfect place to film the series.

Where does ‘Sex Lives of College Girls’ take place?

Sex Lives of College Girls tells the story of four college freshmen who become roommates when they start attending Essex University in Vermont, according to Elle. Not only do the girls struggle to adapt to the new world of college, but they also deal with their burgeoning sexuality, discovering the trials and tribulations of the dating world. Part comedy and part drama, Sex Lives of College Girls was created by Kaling, who also serves as an executive producer on the series.

Although Kaling attended Dartmouth, the show takes place at a fictional university called Essex College. She admitted in an interview with Popsugar that she didn’t really model the show after her own college experience.

“All the characters are way sexier and cooler than I ever was,” Kaling joked. “I was so harsh on everything when I was that age. It took years and having children and just being in the world to develop a little bit more patience and kindness.”

‘Sex Lives of College Girls’ was filmed in New York

Sex Lives of College Girls takes place in Vermont and is infused with the flavor of the state. However, fans of the show might be surprised to learn that the show was actually filmed in Poughkeepsie, New York, at Vassar College. According to the Poughkeepsie Journal, showrunners on the project actually looked for extras and supporting actors at Vassar and the surrounding areas, in order to inject an element of reality into the series.

In the report, which was published prior to the show debuting on HBO Mx, Laurent Rejto, director of the Hudson Valley Film Commission, noted that “We’re trying to get as much local crew involved with the project as possible…Most of the filming will be at Vassar, as well as different areas around Poughkeepsie.”

What are critics saying about ‘Sex Lives of College Girls’

Sex Lives of College Girls dropped on HBO Max on November 18, and critics were quick to praise the series. Variety notes that not only does the series feature a topic that isn’t often addressed realistically on television, but it also includes great actors who are able to immediately settle “into the kind of fast intimacy that defines so many early college friendships.”

Recently, fans were delighted to learn that Sex Lives of College Girls will be returning for a second season. HBO showrunner Sarah Aubrey said in a statement, according to TV Fanatic, that “Mindy Kaling and Justin Noble have created and written a show that is full of heart, female friendships, and awkward naked parties. We can’t wait to see where these uniquely complex yet relatable characters will go next.” Although a release date has not been announced yet for the second season, there’s no doubt that viewers will be on board for the next evolution of this popular, hilarious series.

26/12/2021 TV & Movies Comments Off on 'Sex Lives of College Girls': Was the Show Filmed in Vermont?
Lifestyle