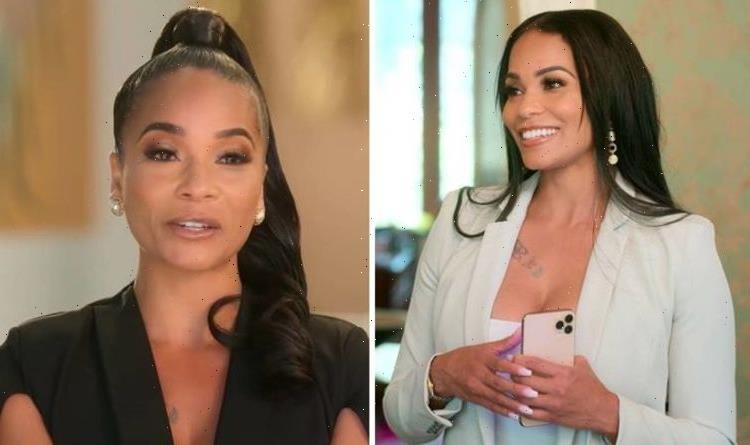 Sharelle Rosado is the Selling Tampa equivalent to Selling Sunset boss Jason Oppenheim. She is the CEO of Allure Realty and reportedly one of the richest realtors in the world but what do we know about her love life? Express.co.uk has everything you need to know about the man she’s ready to tie the know with.

Who is Selling Tampa star Sharelle Rosado engaged to?

Sharelle is engaged to former NFL player and Dancing with the Stars alumni Chad Johnson.

The sportsman, who used to be better known as Chad Ochocinco, was a wide receiver for the Cincinnati Bengals.

Back in 2010, he competed in the 10th series of the dancing reality series as well with professional partner Cheryl Burke.

While he didn’t take home the trophy, Chad came in a respectable fourth place.

She saw him at a track meet as both of their daughters run track and so Sharelle decided to get in touch with him.

Sharelle said on the I Am Athlete podcast: “I slid in his DM. We used to tell — the joke was, we met off Christian Mingle, but I actually slid in his DMs.”

Their interactions fizzled out the first time around the pair rekindled their romance last year and six months later, Chad proposed.

The couple will be embarking on parenthood together soon enough as well as Sharelle found out she was pregnant while filming for Selling Tampa.

This is going to be her fourth and Chad’s eighth child which will be a daughter.

Sharelle told People magazine: “It was shocking. I think I was crying and laughing at the same time.

“I always wanted a big family so I think with this last one, she’s just the perfect number to finish it off.”

With a baby on the way, it isn’t clear when Sharelle and Chad will get married.

But it is most likely going to be held sometime next year so there is still a while to wait for the big day.

If Selling Sunset is anything to go by, the wedding could feature on Selling Tampa.

Mary Fitzgerald, Christine Quinn and Heather Rae Young all had their big days shown on the Netflix series.

Sharelle will play a big role in leading the team in Selling Tampa but it isn’t known if Chad will appear.

In the trailer, she is shown speaking to him over the phone but he hasn’t physically been seen in the show just yet.

Selling Tampa is the first spin-off show to come from Selling Sunset with Selling the OC expected to come out in early 2022.

Selling Tampa will premiere on Wednesday, December 15, on Netflix.

14/12/2021 TV & Movies Comments Off on Sharelle Rosado husband: Who is Selling Tampa star engaged to?
Lifestyle