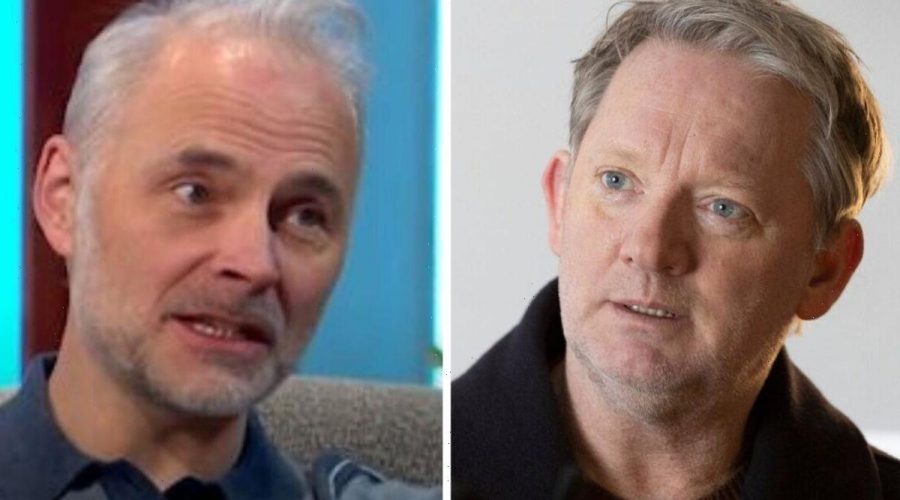 On Wednesday’s episode of Lorraine, the ITV host was speaking to Shetland star Mark Bonnar about Amazon Prime series The Rig. However, the discussion quickly moved onto whether or not fans will see his character Duncan Hunter return for the eight series of Shetland.

Last year, fans of the long-running BBC crime drama said farewell to Douglas Henshall as his role of DI Jimmy Perez came to an end after 10 years.

With the series drawing to a close, viewers saw the detective help free Lloyd Anderson (Patrick Robinson) who had been wrongly imprisoned before reuniting with his love interest, nurse Meg Pattison (Lucianne McEvoy).

Officially departing from the show to explore other ventures, it was revealed actress Ashley Jensen will be taking over his role for the eighth series.

Although it’s unclear if Douglas was the only cast member leaving Shetland as Mark, who has been in the show from the start, touched on his character when speaking to Lorraine Kelly.

Appearing on Wednesday’s instalment of her ITV show, the host asked whether or not he believes that viewers have seen the last of Duncan Hunter.

“She’s taking over from Doug which I think is great, great casting love Ashley.”

Speaking about the long-running BBC drama, the 54-year-old told Lorraine he loved Shetland which he starred in for a decade.

He continued: “It was a huge part of my life for 10 years and a great joy to do.

“Pastures new it’s very exciting to see what Davy and the rest of the team come up with.”

Despite Douglas leaving the show, a new detective called Ruth Calder will be stepping in to help solve crimes that happen in Shetland.

Speaking about joining the much-loved series, actress Ashley recently told This Morning’s Phillip Schofield and Holly Willoughby it was a privilege to be the latest addition.

“It’s a privilege to be there and to be asked to play this part.”

She revealed filming for the eighth series was yet to get underway, however, she gave fans an insight into her character’s backstory.

She said: “Ruth Calder is a detective who’s worked at the Met for the last 20 years.

“She is returning to Shetland, which is where she’s actually from, but she’s been away for a very long time.

“She’s back in Shetland, a case that’s taken her up there, much more than that I don’t really know.”

Although the show will have a new dynamic with her replacing DI Perez, Ashley assured fans the series will still have the overall essence of what Shetland is.

Shetland episodes are available to watch on BBC iPlayer.