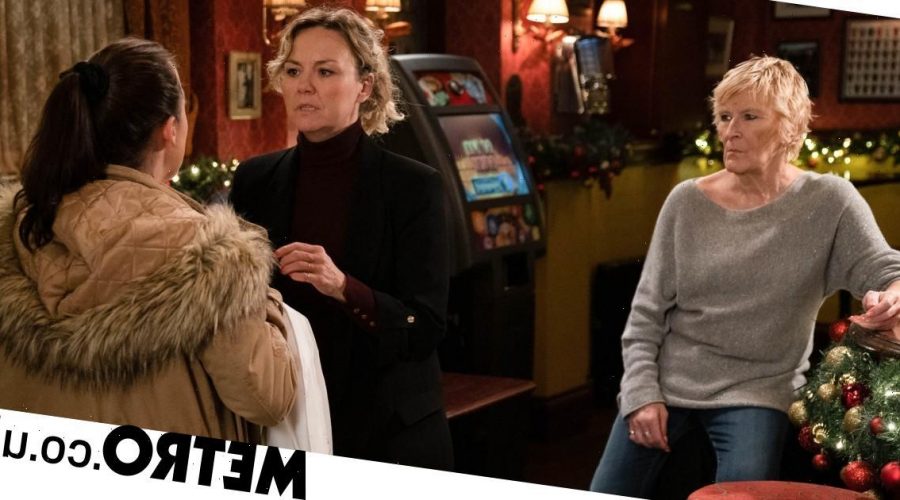 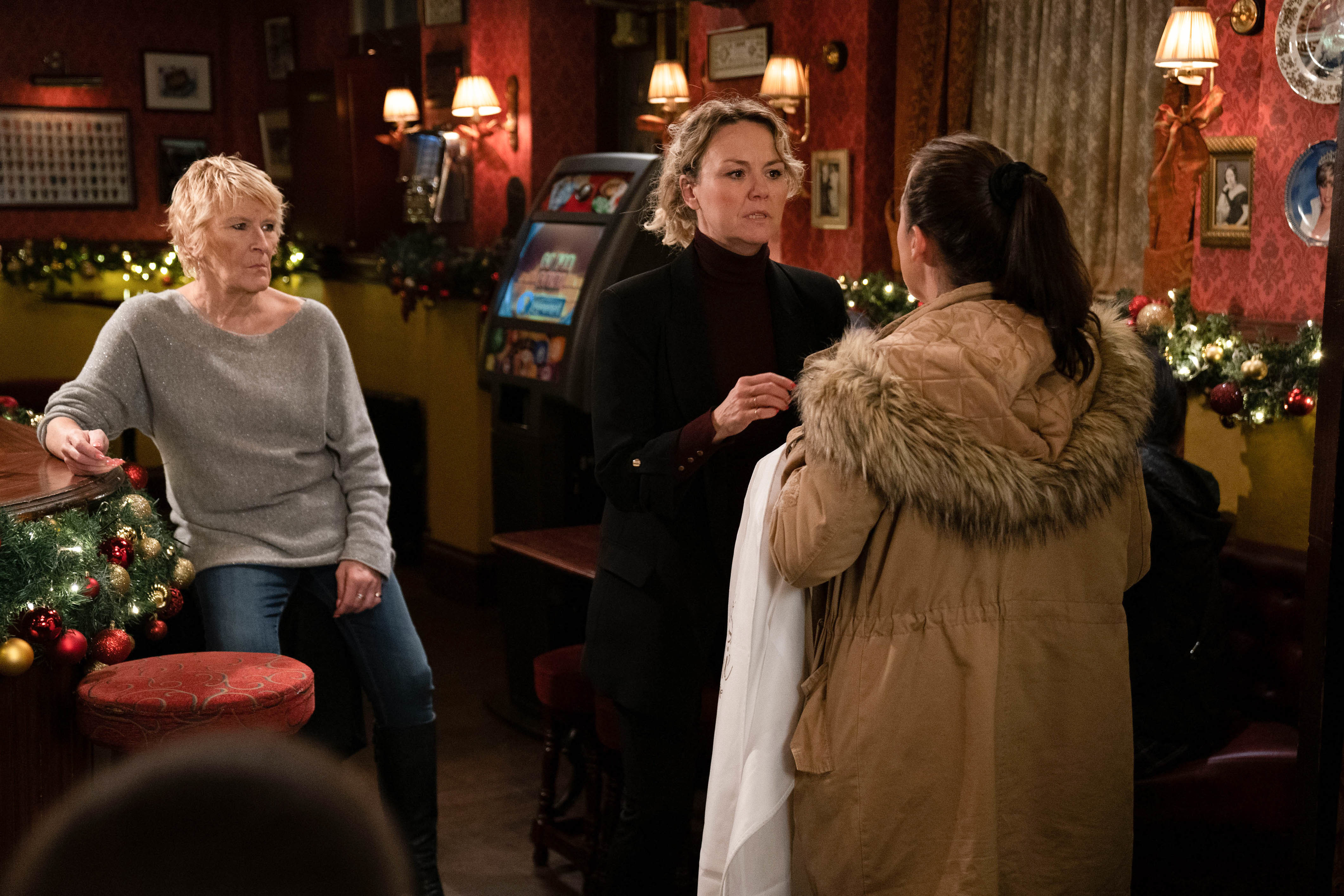 Shirley Carter (Linda Henry) is on the cusp of getting the ammunition she needs to expose Janine Butcher (Charlie Brooks) in EastEnders later this month, after overhearing a secret phone call.

Janine, as viewers know, meddled in Linda and Mick Carter’s (Kellie Bright and Danny Dyer) marriage, hoping to tear them apart so that she could have Mick all to herself.

Her efforts proved successful, with Linda’s life falling apart before her very eyes – all of which was a direct result of Janine’s lying and scheming.

Linda, however, has selflessly decided to let Mick go, telling him that she hopes he’ll be very happy with Janine by his side.

Shirley, however, knows full well that Janine is keeping secrets, and thus she makes it her mission to expose her – before the schemer gets a ring on Mick’s finger.

And she might just succeed in her mission, as upcoming scenes will see her overhear Janine on the phone to a mystery man named ‘Steve’.

The question is: who is Steve?

That remains to be seen, but the phone call leaves Shirley all the more convinced that Janine is hiding something, and subsequent scenes see her make another huge discovery.

Janine breaks the news to Scarlett (Tabitha Byron) that they will be leaving the pub, but Scarlett is more concerned that Mick will discover her mum’s lies – which will inevitably ruin the life they’ve got.

Janine, however, reiterates that Mick must never find out, but little does she know that Shirley has overheard some of the discussion!

Determined to get to the bottom of what’s going on, Shirley begins to quiz Scarlett, who remains tight-lipped, but soon enough she spots Janine making taking ANOTHER secretive call.

Just who is this guy?

Things take yet another interesting turn when Shirley decides to watch Die Hard – because it absolutely IS a Christmas movie and we won’t hear otherwise – and finds THE photo of Frankie (Rose Ayling-Ellis) inside the DVD case.

You know, the picture we mean? The one taken on the evening of Linda’s car crash, in which Janine can be seen in the background disposing of something – that something being her bloody clothes, as she herself was to blame for the crash.

Scarlett, stunned, grabs the picture and hides it in her diary – but has Shirley figured out what the snapshot shows?

That remains to be seen, but Shirley keeps a watchful eye on Janine in the days leading up to the wedding, and on the day of the ceremony, she is like the spectre at the feast.

Is Janine’s lies set to be exposed?