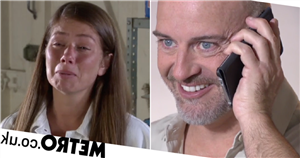 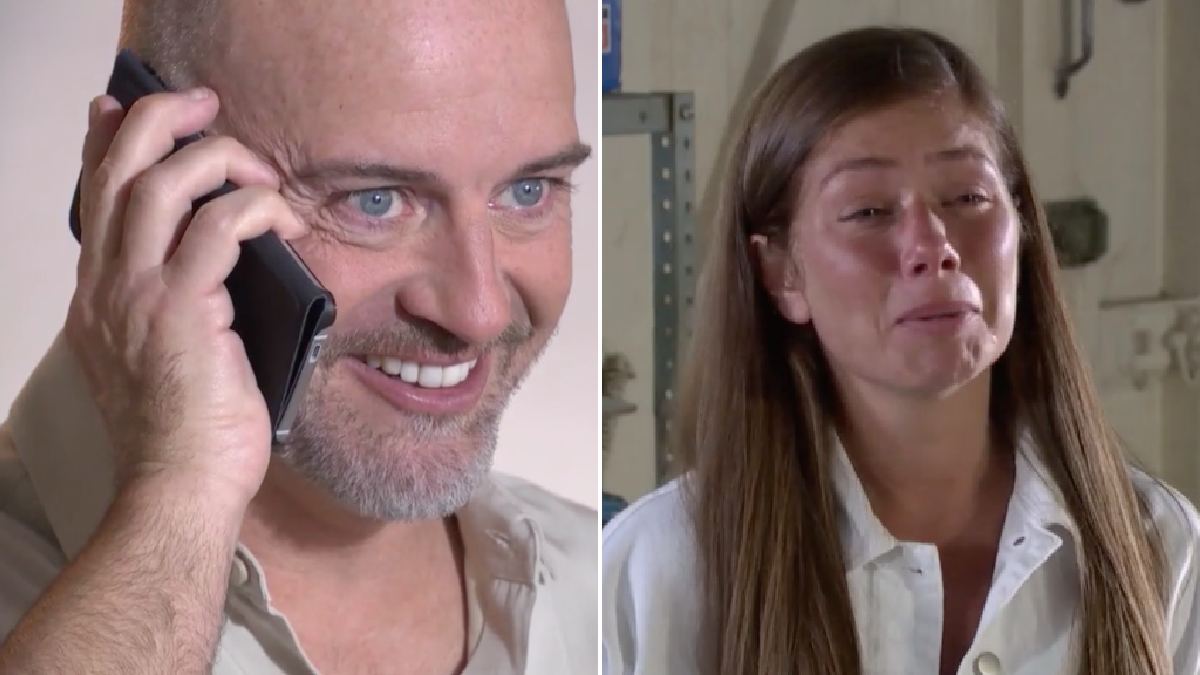 Fergus Collins (Robert Beck) sank to a new low in Hollyoaks tonight (August 23), as he manipulated Maxine Minniver (Nikki Sanderson) into thinking that they’d had sex.

The sick property developer was desperate to cover his tracks and keep Maxine quiet, after she discovered a mysterious account by the name of Blue bird while sorting through Warren Fox’s (Jamie Lomas) paperwork.

Viewers will know that Project Blue Bird is the name of his sick online operation which sees him install cameras in women’s homes, and streams the footage online so that paying ‘customers’ can spy on them.

Fergus wasted little time in manipulating Maxine, suggesting that her line of questioning regarding Blue Bird is indicative of her having no trust in beau Warren. Maxine ultimately started to believe his lies, and she was even appreciative of Fergus’ advice.

The two seemingly bonded, and subsequently partied the night away, but things took quite the turn, as tonight’s edition of the Channel 4 soap saw Maxine wake up beside Fergus. The legal secretary was appalled, and questioned Fergus about the events of the night before, and she was left in utter shock as he told her that they’d slept together!

What’s more, Fergus made out that it was she who made the first move. Maxine was gutted, believing that she’d not only betrayed Warren, but also mum Trish (Denise Welch) by sleeping with her man. Therefore, Max decided that she would come clean!

But Fergus gaslighted and manipulated her once more, claiming that Trish wouldn’t be able to cope if she found out what they’d done. Believing him, Maxine decided to keep shtum.

But Fergus was far from finished, as he insinuated that Maxine deliberated set out to destroy her relationship with Warren because she knows they are not right for each other. Heartbroken at such claims, she made the decision to end things with Warren, leaving him devastated.

Fergus, meanwhile, proposed to Trish, and after she said yes, he popped open the bubbly, before calling Timmy and telling him that he can reinstate all the Blue Bird live feeds.

It was at this point, viewers came to realise that Fergus and Maxine hadn’t actually slept together, but rather he just made it appear as if they had in order to have leverage to use against her.

Will Maxine work out that Fergus has lied to her?