The great acting legend Sidney Poitier died in January at age 94. He did not live to see the thrilling new documentary on his life and career, Sidney, which had its World Premiere Saturday night at the Toronto International Film Festival. However it had its blessing, and that of his family, for the film which has been percolating and in development and then production for five years. And although Poitier himself didn’t get to see the finished work, everyone else will beginning on Friday September 23 when it begins streaming on Apple TV+ and playing in selected theatres.

With Oprah Winfrey on board as a producer (with Derik Murray) and Reginald Hudlin as director, Poitier gets extraordinarily comprehensive and wide ranging look at his life told in linear fashion and narrated by himself through the use of 8 hours of interview footage done in 2012 with Winfrey, as well as other archival interviews. This is right way to tell this story, because it is quite a journey from beginning to end for a man who almost died as a baby, spent his early years in the almost all Black community in the Bahamas, had a terrifying encounter with the Klan, learned English primarily from watching news anchors when he finally hit Miami and then New York City where he worked odd jobs and got that ever-so-lucky break as an understudy who went on just as so happened a big Broadway producer was in the house.It all led eventually to a film debut in 1950’s No Way Out, such movies as Blackboard Jungle, Something Of Value, and The Defiant Ones, the landmark film that won him his first Oscar nomination. He would attain Broadway stardom in A Raisin In The Sun, repeating the role in the 1960 film version, and then just three years later become the first Black actor to win the Best Actor Oscar for 1963’s Lilies Of The Field. It was that acceptance speech that summed up his life to that point, “It has been a very long journey to this moment…” , and it is appropriate that this comprehensive telling of his life takes us on that journey with none other than Poitier as its narrator, and in that way it is almost an extension of the many books he has written about his life. 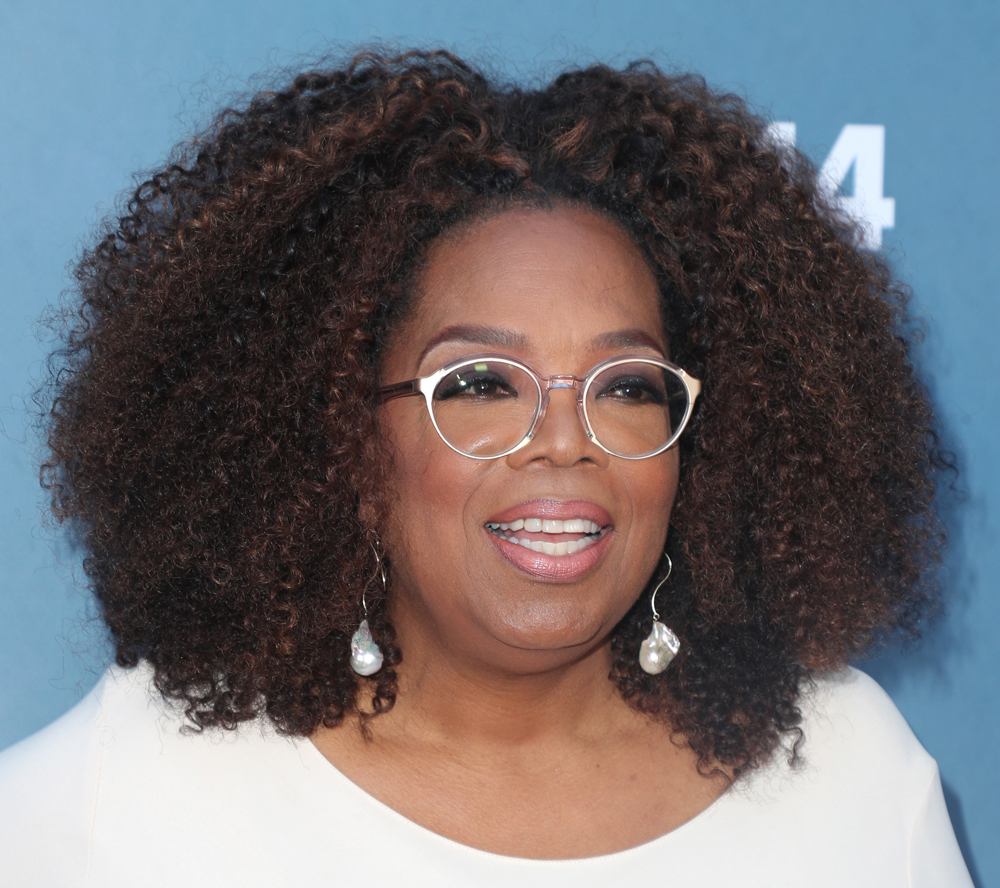 Of course post Oscar there is so much more including his Civil Rights work , the remarkable achievement of reaching number one at the box office in 1967 when he had three films: In The Heat Of The Night, Guess Who’s Coming To Dinner, and To Sir With Love, plus his two marriages and six daughters, his close relationship with Harry Belafonte, his eventual emergence as a powerful figure behind the scenes in forming First Artists with Paul Newman, Barbra Streisand, and Steve McQueen, as well as his work behind the camera and becoming the most successful Black director to that time with Stir Crazy making over $100 million.

One particularly compelling sequence is the story behind the famous slap in In The Heat Of The Night where as Detective Virgil Tibbs he is slapped by a white man and then slaps him right back, a scene always eliciting cheers from the audience. Another is the importance of showing the Black Cowboy, rarely seen on screen to that point,  in Buck And The Preacher which also starred Belafonte and which Poitier directed. There is so much more and the film is chock full of vintage and archival footage dating back nearly 100 years, plus some choice film clips. The only downside is that in two hours so much of his film work had to be left out for time, but the script from Jesse James Miller keeps its eye on the bigger story Hudlin and Winfrey, with such generous use of her landmark interview, want to tell.

It is fortunate that it is now going to reach audiences and future generations as testament to one of the greats, but more importantly, to the man himself. 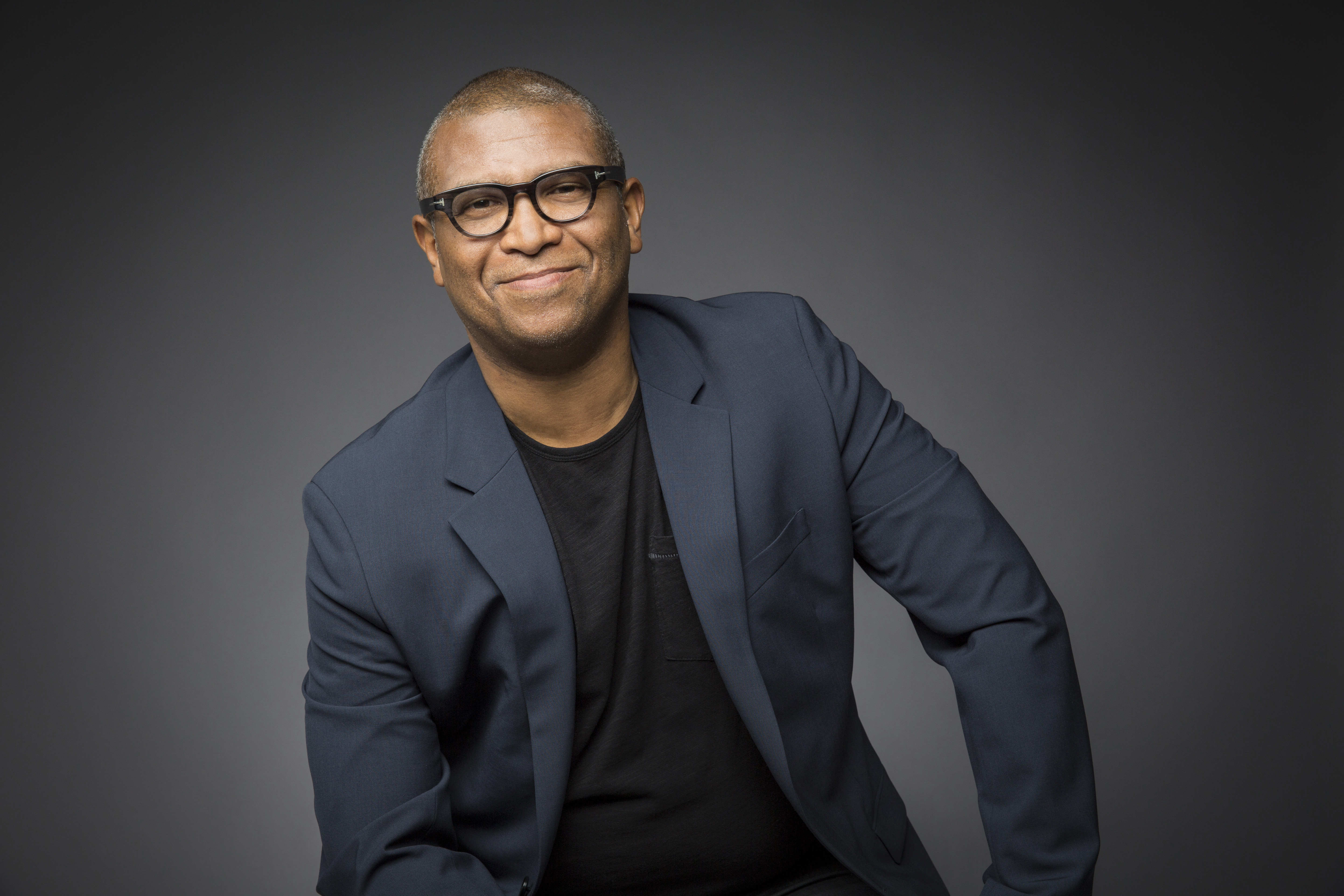 During the day on Saturday at the St. Regis hotel in Toronto I was able to sit down with Hudlin and Winfrey together, as well as separately producer Derik Murray to find out more about the making of the docu which is actually one the second time Hudlin has working in the genre (he also did the Clarence Avant docu, The Black Godfather) and actually  flew to TIFF for the premiere even in the midst of producing this coming Monday’s Emmy Awards for the third consecutive year (he flies back at the crack of dawn Sunday morning). Murray initiated the idea and enlisted Poitier’s and his family’s blessing initially, and then a couple of years later Hudlin and Winfrey became deeply involved on the creative side.

“Reggie was contacted and then he called me and asked would I be interested in producing and, of course, because there’s no one I love more on the planet than Sidney Poitier. And I’ve been a student of him and of his work and this wasn’t just a love offering for me, it was a love offering to the world to help the world with the hope that the world come to understand and know him as we do,” said Winfrey who had conducted that 2012 interview but on the condition of Poitier’s that it would be seen only one time when it aired on her OWN network. She told me comparatively not many people saw it to the huge number that will now get to experience it thanks to this documentary.

“It was an honor to get the call, and I felt immediately protective because he meant so much to me, not just as a filmmaker but as a man and I wanted it to be told the right way and I knew, beyond a shadow of a doubt that Oprah would be the person I would want to do it with. My gratitude to her and her incredible contributions throughout the process are boundless because her encyclopedic knowledge of his history is incredible,” said Hudlin.

Hudlin credits Winfrey for having the resources to be able to take two days to do that interview and tell the story. Hudlin compares the use of Poitier’s own voice in telling the story of his life to Miles Davis in terms of all the cadence and rhythms of how he told it. It was a godsend to Hudlin as a director to have it.

“We’re all his children, and grandchildren, and great grandchildren. We are all on his shoulders. He is the Alpha, he is the Big Bang because there is no black cinema without him, because before him what did we have? From the beginning of the motion picture industry, the most derogatory images of Black people imaginable, ignorant at best, evil at worst,” said Hudlin. 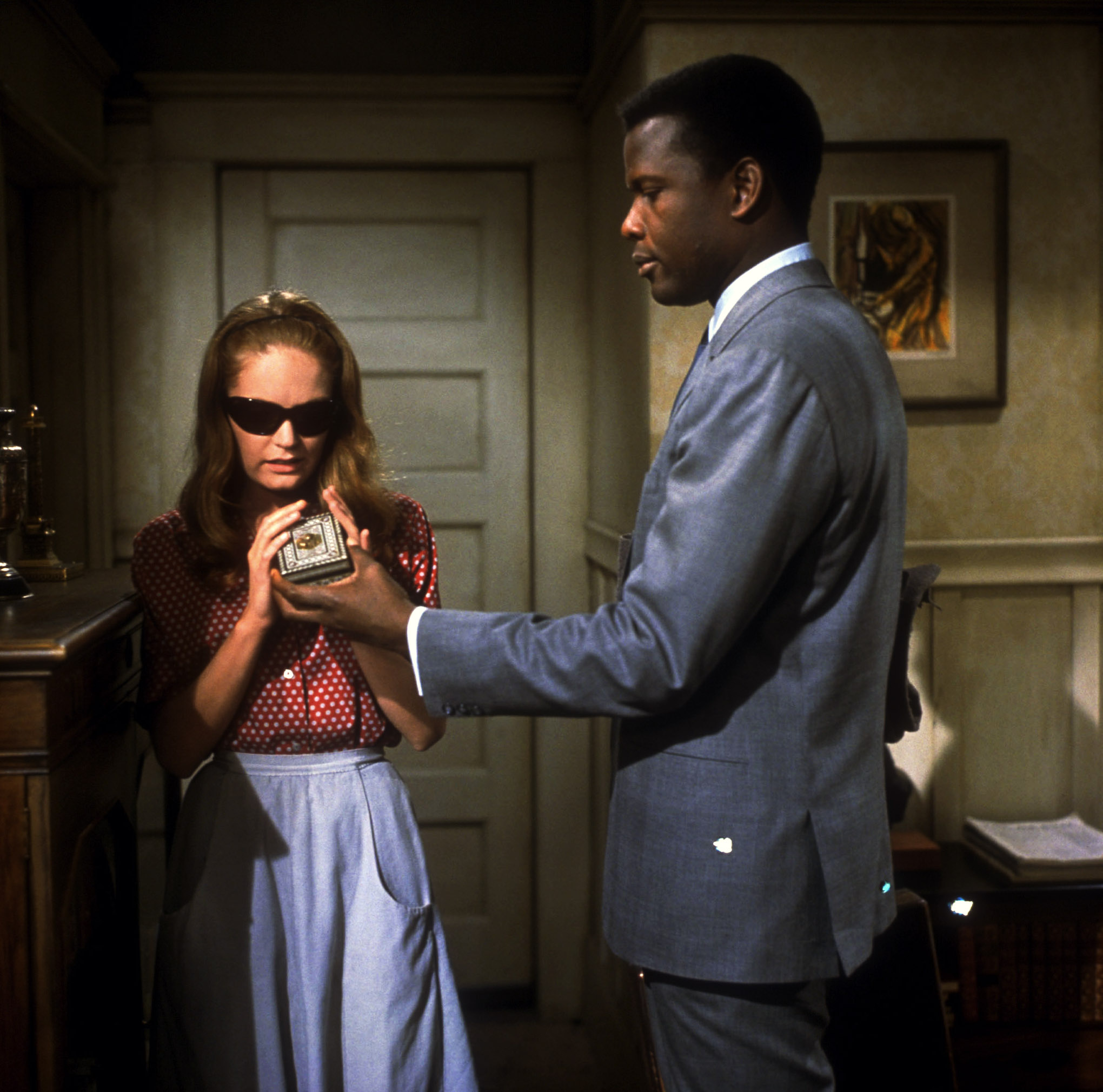 For Hudlin the biggest challenge was getting it all right in a life that was so eventful over the course of nearly a century. “Every year in this man’s life from the circumstances of his birth on are fascinating…. So we had to make really hard choices. What is this movie about?  It’s about this man, and the stories that we choose to keep or discard all illustrate a person without precedent,” he said.

So what is their favorite Poitier film?

For Winfrey it is 1965’s A Patch Of Blue. In fact she watched it recently because for 30 days after he died she would watch a Poitier movie as a way of dealing with her grief. “I went back and watched that one in particular  because he always said it was one of his favorites because it was so groundbreaking at the time, And when you think of it, it is extraordinary. Poitier is in the park with a blind white girl.” 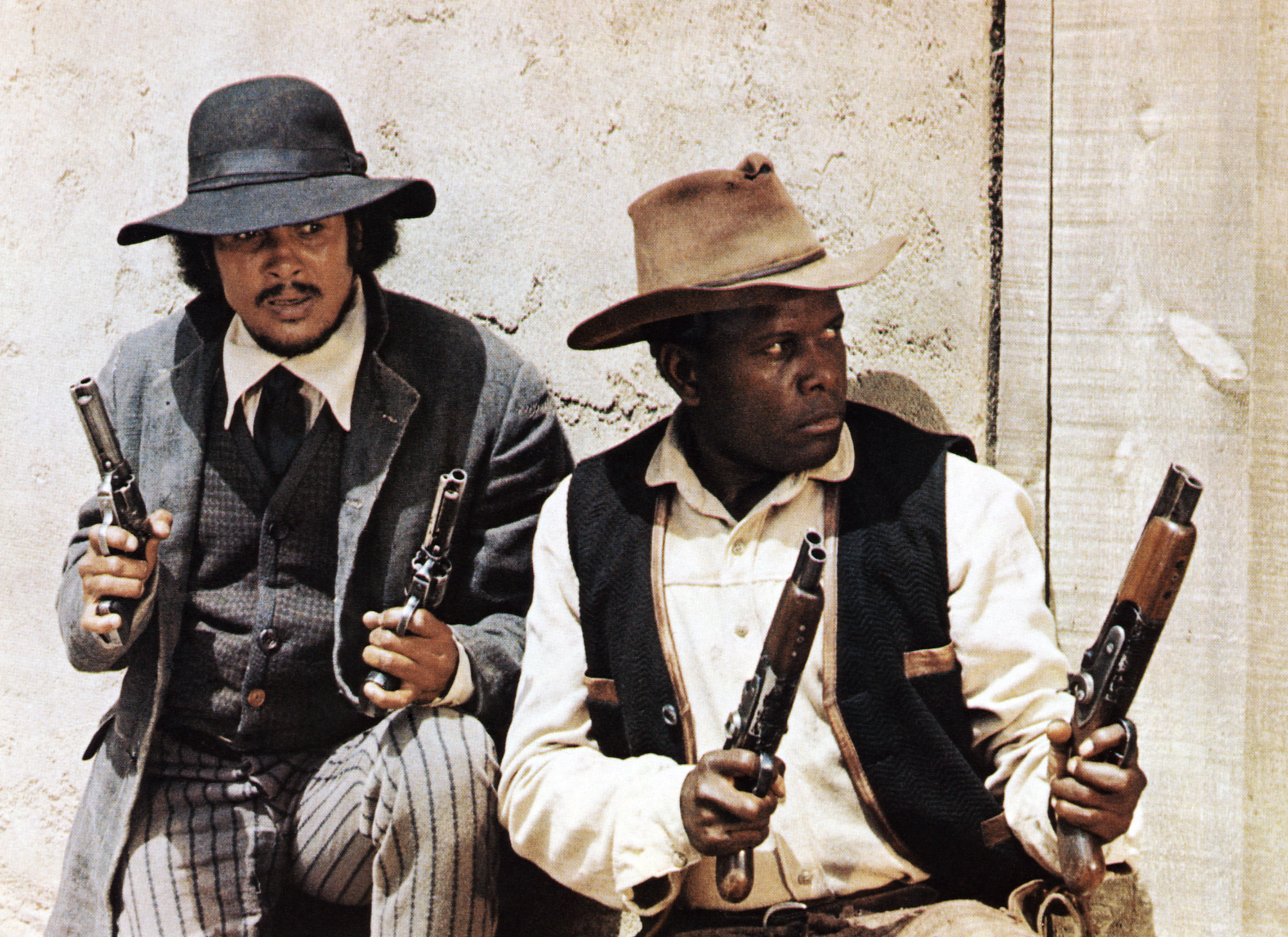 For Hudlin he said it was tough, but he mentions Buck And The Preacher. “Black cowboys. Him, Ruby Dee, Harry Belafonte playing against type. I mean Whoa! And those sawed-off shotguns he had on his hip, what’s not to like?,” he laughed.

Murray told me he is sad Poitier never got to see this film, but when he showed it to his widow, Joanna Shimkus Poitier and his daughters in rough cut form there were tears. Shimkus said it was “perfect”.  A better review you cannot get than that.

“I just said to all of the daughters that they honor us with their kind words. They felt like we captured the essence of him, and that was our goal. That was our number one intention is for the essence of Sidney Poitier to be on film forever in this story of his life that people could see,” said Winfrey. “Truly the measure of a man,”

‘All The Beauty And The Bloodshed’ Takes Golden Lion; Acting Nods For Blanchett & Farrell

‘Rings Of Power’ Aftershow ‘Inside The Ring’ Episode 3: Settling The Score; Welcome To Númenor