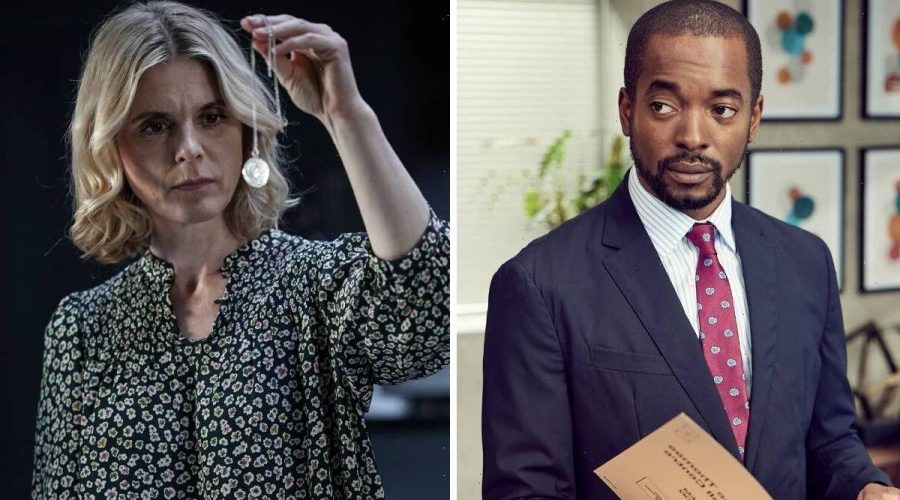 Silent Witness: Nikki Alexander performs an autopsy in May

Last year, Silent Witness marked a major milestone with its 25th anniversary season with a six-episode storyline. The special saw the return of Sam Ryan (played by Amanda Burton) but things are back to normal with two episodes, dedicated to one case, every week. Express.co.uk has all there is to know about the cast of Silent Witness’ The Penitent.

Actress Emilia Fox has been behind Dr Nikki Alexander since 2004 and shows no signs of slowing down any time soon.

Bar Silent Witness, Fox has been in The Trial of Christine Keeler, Delicious, Blithe Spirit and Strangers.

Forensic scientist Jack Hodgson has been by Nikki’s side since season 16 and series 25 saw the pair finally get together after years of flirtation.

Joining the cast for season 26 is actor Aki Omoshaybi who is taking on the role of neurologist and pathologist Gabriel Folukoya.

He has expertise in innovations in data analysis, so is expected to be very helpful when it comes to some of the more technical investigations the team is faced with.

Omoshaybi has previously been in The Pursuit of Love, Father Brown, REAL, Defending the Guilty and Sick of It.

Most recently, he featured in the crime comedy-drama Queen of Mystery as Henry Wade.

Another new face who has been introduced in Silent Witness’ latest season is Velvy Schur.

He is a trainee Anatomical Pathology Technologist (APT) who left his old life behind as part of an Orthodox Jewish community.

Actor Alastair Michael is very new to the entertainment industry with just a couple of credits to his name.

Besides Silent Witness, Michael has been in the series Snatch and Ridley Road.

In The Penitent, the team has to work alongside the National Crime Agency (NCA) which Laine Cassidy heads up.

She doesn’t take fools lightly and is straight on the scene after the victim falls to his death from a London high-rise building.

She has also been in Tristan & Isolde, Transformers: Age of Extinction, Underworld and Outlander as Freya.

As revealed in episode one, Chloe also goes by the name Serena and is under the control of the ‘Ndrangheta.

She informs Nikki of the safe house where her dad Stephen Ross (Matteo Carlomagno) is being held and tells her that he must die if the rest of the family are to be protected.

Other cast members include:

Silent Witness season 26 continues every Monday and Tuesday at 9pm on BBC One.