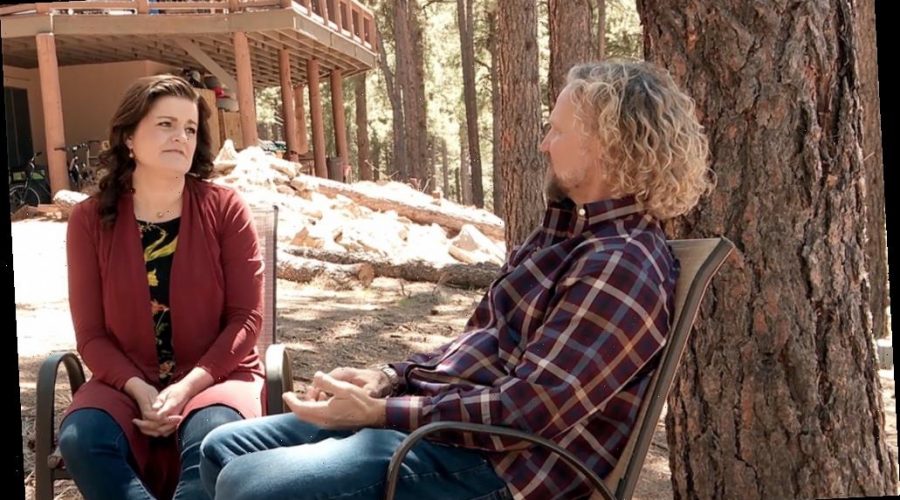 Is Kody Brown ready to be a father again?

In PEOPLE's exclusive sneak peek at Sunday's episode of Sister Wives, the family patriarch has a sit-down chat with wife Robyn about the possibility of having more children.

"What she's doing is, 'You gotta decide if you want to have more kids,'" Kody, 52, says about Robyn in a confessional.

With his four plural wives — Robyn, Christine, Janelle and Meri — Kody has a combined 18 children ranging in ages from 26 to 4 years old. Kody's youngest child is 4-year-old daughter Ariella, whom he shares with Robyn. The couple is also parents to young son Solomon and Robyn's three eldest children — Dayton, Aurora and Breanna — from her first marriage.

"I'm pretty sure that I've been having kids for 26 years. There's this real joy about having a little one," says Kody.

But while raising young daughter Ariella has been "just a wonderful experience," Kody isn't sure if he's ready for more. "But at the same time, I'm caught in this conflict 'cause Ari's been weened for a year and she's still keeping us up at night," he explains to Robyn. "It started to get better when she was weened and stuff," Robyn says to Kody, who disagrees. "No, it's not better," he tells her.

In a confessional, Robyn explains that her little girl "is a night owl. She doesn't like to go to bed. And she's active through the night."

"She's a night owl. I'm literally having a hard time keeping my head from wobbling," Kody tells viewers. "Ariella's jumping on the couch trying to find out how high she can go. If I looked in the mirror, I would just see this guy that looks like bloodshot eyes, hair's just frazzled. 'Can you just go to sleep?'"

"It's mental exhaustion," Kody continues. "You're arguing with a 4-year-old who has the words of a 10-year-old and the logic of an idiot." While Kody seems as though he's leaning toward being done having kids, Robyn doesn't appear to be on the same page.

"Women talk about that feeling of like, 'Oh, I'm done.' I've never really got that," Robyn, 42, admits to her husband. Though she's never had an exact number in her mind, Robyn wants however many children she's meant to have.

"You know when you're young and you're just thinking about having children and people will say, 'How many kids are you going to have?' I would always say, 'Just as many as I'm supposed to have. As many as I've made promises to,'" Robyn says to cameras.

Becoming emotional, she continues, "It is, it's a big deal to me. To make sure, to make sure all my babies are here with me. That's all," she adds, beginning to cry. 08/04/2021 TV & Movies Comments Off on Sister Wives' Kody Brown and Wife Robyn Discuss the Possibility of Having More Children: 'I'm Caught in a Conundrum'
Lifestyle