Skai Jackson is paying tribute to her friend and former co-star, Cameron Boyce, who died last July at the age of 20.

Top 13 Night of Dancing With the Stars kicked off Monday with a heartwarming performance from the Disney star and her pro partner, Alan Bersten. The two honored Boyce by dancing an emotional Foxtrot to “Ordinary People” by John Legend.

“I want this dance to be dedicated to Cameron, who was a really close friend of mine and co-star,” 18-year-old Jackson, who starred alongside Boyce on Jessie, said in a pre-taped video package that aired ahead of the performance. “He was in my life for half of my life, which was crazy. We built up this bond for years and years and years.”

“He molded me into the person I am now. Of course I miss him every day, but I have him on my phone case so I get to see him,” she continued, starting to tear up. ” It’s sad he’s not here to see it … I know that he would be really proud of me. He loved Dancing With the Stars and dancing.” 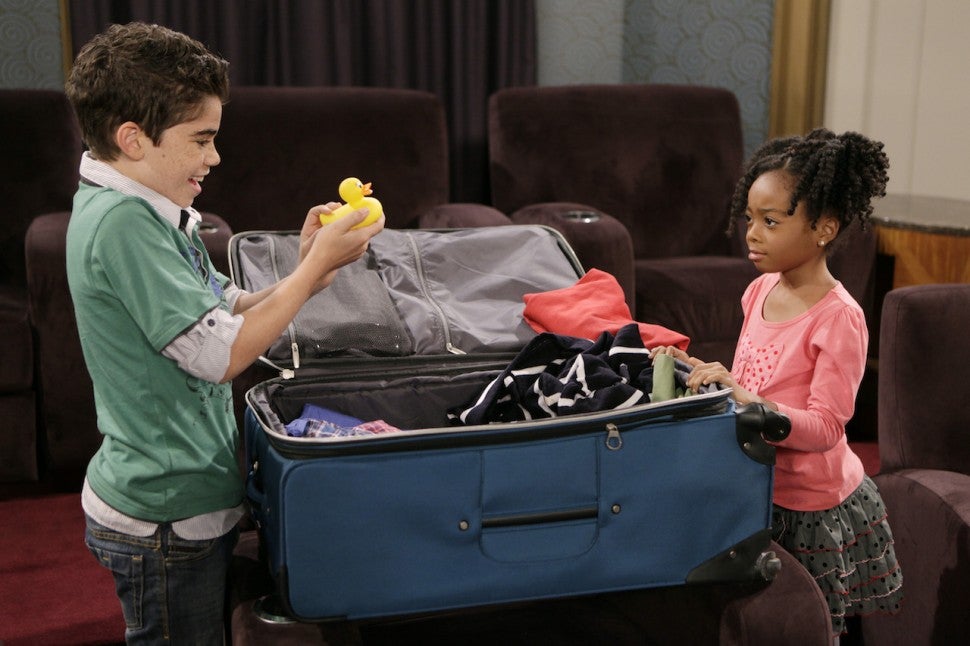 Judges Carrie Ann Inaba, Derek Hough and Bruno Tonioli all seemed taken aback by the dance. Inaba said, “I was blown away by that just now, I am beyond words, it was just pure perfection,” while Hough commented, “This was my absolute favorite dance of the night. So beautiful. You are an exquisite ballroom dancer.”

Jackson and Bersten earned a total score of 28/30 for the routine, including the first 10 of the season from Inaba.

As ET previously reported, Boyce died from an epileptic seizure in July 2019. In addition to Jessie, the actor was best known for appearing in a variety of other Disney programs, including Descendants, Shake It Up and Liv and Maddie.

Right before #jessie #CameronBoyce Dancing With The Stars

Right before #jessie #CameronBoyce Dancing With The Stars

Boyce also made an appearance on Dancing With the Stars in April 2011, as a featured dancer for Macy’s “Stars of Dance.” Following his death, Jackson shared a clip of the routine (set to “Stand by Me”) to her Instagram, to showcase just one of her friend’s many talents.

“I don’t even know where to start… I am at a loss for words,” another tribute post shared by Jackson at the time read. “I never thought in a million years I would be writing this. Cam, you were one of a kind. My heart will be forever broken. I am so happy that I got to spend almost everyday with you on set, you gave the best hugs.”

Back in April, Jackson also recalled some of her memories of Boyce during a virtual Jessie reunion on Seth Rudetsky and James Wesley’s Stars in the House YouTube series.

“One of my favorite memories of Cameron was meeting him for the first time,” she said. “I remember a week before I met him, I saw him on Dancing With the Stars and I was just thinking, ‘This boy is just so talented; he’s just so good.'”

“And then for the audition for Jessie … I was in California and just so excited to meet him,” she added. “He treated me like one of his own right away. It was amazing.”

Hear more in the video below.