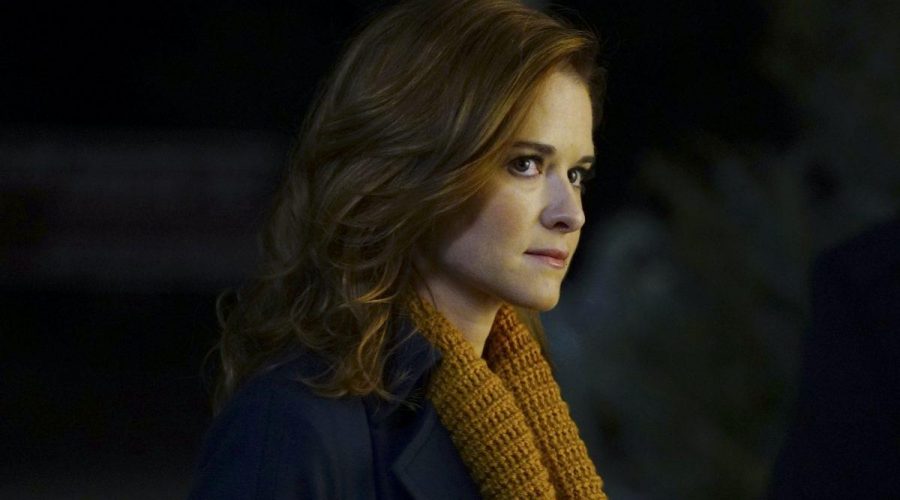 For more than 15 years, audiences have been following the medical dramas and relationship twists and turns of the doctors of Grey’s Anatomy.

ABC’s TV show, which recently aired its 17th season finale, is renowned for its cast of strong female leads. Prominent examples include the lead character Dr. Meredith Grey, played by actress Ellen Pompeo, and Sandra Oh’s Dr. Cristina Yang (who left the show in season 10). Recently, fans have been praising Dr. April Kepner (Sarah Drew), but for reasons that are completely different from how they view other characters.

Drew’s character makes her first appearance in the fifth episode of season six, entitled “Invasion.” At the time, she’s a surgical resident, and her storyline was supposed to end after only two episodes. “I knew from day one that my character was getting fired after two episodes,” said Drew in an interview published by TV Fanatic. “I did not expect anything beyond that. The morning my firing episode aired, my agent got a call that they were talking about a contract and I was just completely floored.”

Drew’s contract was extended in season six, and she was upgraded to a main character in season seven of Grey’s Anatomy. The character said goodbye to audiences in season 14.

Over the course of her nine-season story arc, Dr. Kepner struggles with her career — a major plot point was her professional difficulties, including her insecurity around failing her board exams — and her relationship with Dr. Jackson Avery  (Jessie Williams).

The women on ‘Grey’s Anatomy’ are often portrayed as strong, intelligent leaders

Grey’s Anatomy has appealed heavily to female audiences from its very beginning, reports the New York Times. Shonda Rhimes, the show’s creator, said this was no accident. “The idea of having a show about smart women who compete against one another was interesting to me,” she told the Times back in 2005.

Over the years, many TV critics have praised Grey’s Anatomy for its portrayal of female-led hospitals and women doctors who are extremely driven, capable of juggling both their professional and personal lives, and highly intelligent.

Some researchers have even said that the show’s portrayal of capable women has impacted real-world doctors.

“One study suggests the ABC medical drama has an impact on viewers not just in their living room, but at the doctor’s office, too,” points out ABC News. “In Grey’s Anatomy, the doctors are smart, good looking and above all, capable and interesting, with many positive attributes. Those good attributes are associated with real doctors, according to a study by Brian Quick, of the University of Illinois. Frequent viewers of the show tended to have a more positive perception of their real world doctors than non-viewers.”

Yet some fans are put off by how most of the female characters are portrayed as above-average with exceptional intelligence and wit. And that makes them love Dr. Kepner even more.

“One of the biggest reasons I love April,” writes Redditor bookworm6879 on the Reddit social media platform,” [is] she’s just an average person. She’s not a child genius or has [a] photographic memory (no offense to Maggie/Lexie ). She’s an average surgeon, so it makes her believable and she faces realistic issues.”

Other fans quickly chimed in, sharing their frustrations with the way some of the doctors come across as overly perfect.

“It become[s] ridiculous that everybody is either [a] world-class surgeon and find cures in trees, or they are mediocre,” added Redditor chazlizzie, complaining that there are no surgeons on Grey’s Anatomy who are only “good.”

Meanwhile, another Redditor replied, saying that “[April] was one of the most ‘relatable’ characters” and that they loved seeing her grow and evolve.