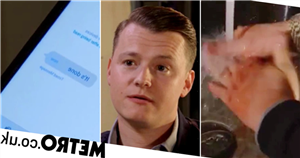 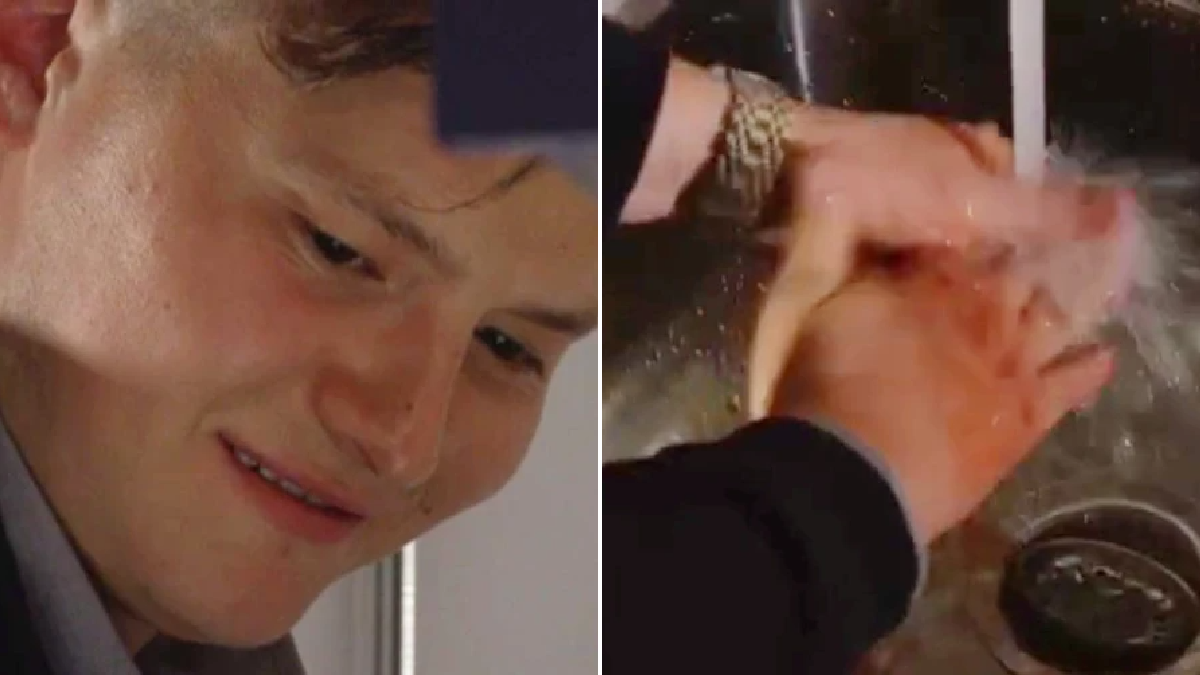 Aaron Monroe (Charlie Wernham) hasn’t been in Walford for long and already EastEnders viewers are growing suspicious of him.

Son to Harvey (Ross Boatman), Aaron has a mysterious job in ‘logistics’ that means he’s very wealthy compared to his dad.

Upon his arrival, he quickly discovered Harvey had lost his job and made his feelings perfectly clear, thinking his dad shouldn’t have been sacked for his racist comment towards Ash (Gurlaine Kaur Garcha).

Tonight, following his dodgy date with Tiff (Maisie Smith), Aaron attempted to apologise to her, but didn’t have a lot of luck.

In the pub, Aaron handed over more money to his dad and said he’ll talk to Kat (Jessie Wallace) about giving Harvey his job back.

Later on, Tiff and Aaron attempted another date, but history repeated itself when Aaron got a call and rushed off, leaving Tiffany on her own.

Happily chatting to his dad, Aaron washed blood from his hands.

But who has he attacked?

Could it be Liam (Alfie Deegan)? Keegan (Zack Morris)?

We know Aaron said he would talk to Kat, could he have attacked her?!

26/10/2021 TV & Movies Comments Off on Spoilers: Aaron washes blood from his hands after secret attack in EastEnders
Lifestyle