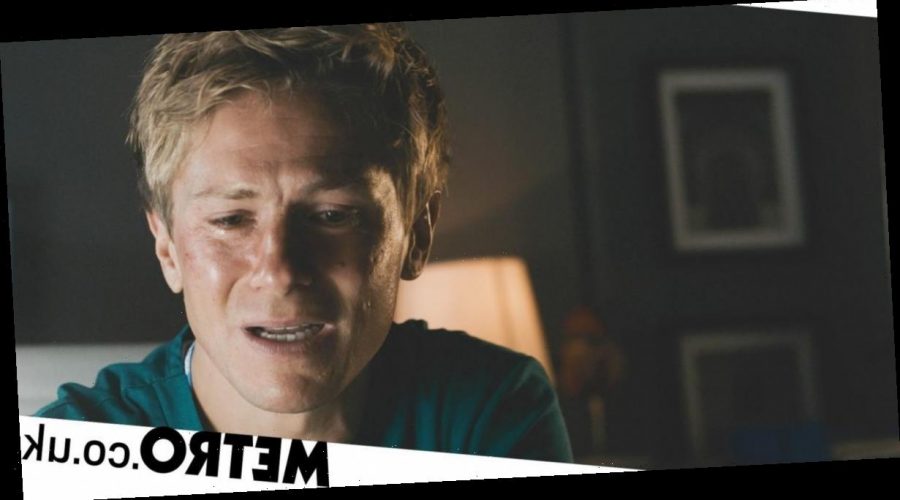 Casualty returned tonight after a long absence, with an hour-long special that chronicled the unfolding coronavirus pandemic as the ED dealt with the events of the first lockdown in spring 2020 and there was a tragic ending in store for Noel.

It was a gruelling watch, as we saw the staff reacting to the ever-evolving situation. We saw their very human fears for themselves and their families – Lev (Uriel Emil) moved out of home so he wouldn’t take the virus back to his vulnerable son Luka, David (Jason Durr) ordered PPE for himself, and Fenisha (Olivia D’Lima) told Jan (Di Botcher) she had to shield due to asthma, rather than tell the truth that she didn’t want to place her unborn baby at risk.

Jade (Gabriella Leon) struggled to understand what was going on because she relies on lip-reading and couldn’t understand what was being said when everyone was in face masks. She eventually found an essential role for herself looking after dying patients.

The story unfolded over a scattered timeline, held together by Connie (Amanda Mealing) and Charlie (Derek Thompson) looking back at events from a point 90 days into lockdown. They were literally battle-scarred, with red weals on their faces from the PPE they’d had to wear, and Connie was emotionally on the very brink. We learned of mistakes made due to lack of information at the time – Charlie was devastated that people had been sent to care homes while infected, only to spread the disease to other residents and staff.

It became clear through Connie and Charlie’s conversations that a member of the ED staff was about to die, and in the flashbacks to the different time periods we saw Dylan (William Beck), Jacob (Charles Venn) and Noel all with symptoms. Gradually we saw that Dylan and Jacob both recovered, but Noel was gravely ill. Connie couldn’t face the conversation she’d have to have with his family about turning off his life support.

We didn’t see that particular conversation, but we saw others that Ethan (George Rainsford) was forced to make to people who wouldn’t be able to be with their loved ones as they died. We also saw a care home worker, Karla (Rachael Spence), heartbreakingly Skype her husband and daughter just before she had to be put on a ventilator, not knowing if she’d ever see them again.

There were some triumphs – Karla pulled through, as did a pregnant woman who came to the hospital seriously ill but safely delivered her baby. Charlie fondly remembered a day when the mood was lightened by a local pizza shop delivering free pizzas to the team, and Noel had some of the team making a funny TikTok video.

The resilience and compassion of people working in the NHS was emphasised through acts of bravery and kindness – little details like Marty (Shaheen Jafargholi) reassuring a frightened Karla that he would stay with her while she was being ventilated, and Robyn (Amanda Henderson) learning some sign language in an attempt to help Jade.

But at the tragic climax Connie sat with Noel as his life support was turned off. ‘Sleep well, my friend,’ she told him, before bracing herself to tell the rest of the team what had happened. As the episode ended, the team opted to continue their shift and we saw them, battered and bruised, devastated by the loss of their colleague, but preparing to look after the next set of patients.

The whole episode was a timely reminder of how hard the staff of the NHS worked, and are still working, to keep pace with this awful virus. As Connie said, ‘The NHS was on its knees already… then we get hit with a pandemic and they expect us to perform miracles.’ We saw bravery, kindness in abundance and several miracles – but not, sadly, for poor Noel. The ED will never be the same again.