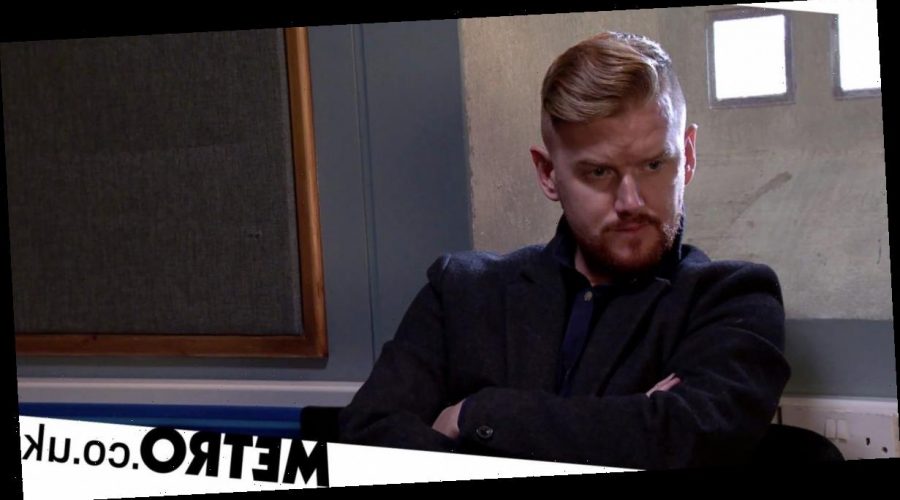 Gary Windass’ (Mikey North) days as a free man could be numbered in Coronation Street, as he has been charged with the attack on Adam Barlow (Sam Robertson).

Viewers were left in shock during last night’s edition of the ITV soap, which saw Faye Windass (Ellie Leach) confess to attacking Adam.

Faye revealed the whole truth during tonight’s instalment, as she informed Gary and Maria Connor (Samia Longchambon) that she headed to the bistro on the night in question in an effort to get revenge on Ray Crosby (Mark Frost).

She picked up one of the awards from the counter, and attacked Adam — who was drinking at the bar — as she believed him to be Ray.

However, she soon realised her mistake and hightailed it back to No. 4 — with the weapon, which she hid under her bed.

Gary promised to get rid of the evidence, but when he exited No.4 with the weapon in hand, Craig Tinker (Colson Smith) arrested him.

The forensics found Adam’s blood on the award, and therefore Gary was charged with the attack.

Will Gary go to prison for a crime which he didn’t commit?

Or will Faye come clean?

01/01/2021 TV & Movies Comments Off on Spoilers: Shock exit for Gary in Corrie as he's charged with Adam's attack?
Lifestyle