This is the latest installment of “Breaking Black,” a weekly column focused on emerging black talent.

Jamaica is a long-favored foreign location for film, TV, and commercial production, from 1962’s “Dr. No” to the upcoming “Bond 25.” However, Negril, Jamaica native Storm Saulter is on a mission to bring his home’s complex social and cultural dynamics to the masses. His feature debut, “Better Mus’ Come (2010), was hailed as a landmark in Caribbean filmmaking, and his latest, “Sprinter,” which boasts Will and Jada Pinkett Smith as executive producers, marks a rare instance of a film by a Jamaican filmmaker, telling a Jamaican story, receiving a theatrical release in the US.

“‘Sprinter’ is definitely breaking new ground with this release,” Saulter said. “Not that there hasn’t been great cinema to come out of Jamaica before, starting with of course ‘The Harder They Come,’ which is a brilliant work of independent cinema. But throughout the years, what has lacked and hindered our progress is consistency.”

To that end, Saulter and St. Lucian filmmaker Michelle Serieux co-founded the New Caribbean Cinema collective in 2013, with the tagline: “A new approach to Caribbean filmmaking, by any means necessary…” The collective launched with an anthology, “Ring Di Alarm,” comprised of seven short films from six Caribbean directors.

“It ultimately kind of transformed into a movement that led to the creation of the Jamaica Film and Television Association  in 2015, where filmmakers, actors, film and TV industry people come together and share ideas,” Saulter said.

That led to another initiative, the Propeller Project, which addressed a key challenge: financing. The annual program gives five film­mak­ers from the region the equivalent of about $4,500 to complete their short films.

“Be­cause of the program’s goals, local industry peo­ple have been will­ing to help where they can, like re­ducing their rates to help make these films happen,” said Saulter. “So what you’re see­ing is a real effort by Jamaicans to step up their level of filmmaking, be­cause we want to be able to compete in­ter­na­tion­al­ly.”

For Jamaica to support young men and women who want to pursue filmmaking, local institutions and infrastructure is essential lest their talent seek film educations elsewhere.

“We need more training, but there are opportunities, like the film and TV production program at the Caribbean School of Media and Communication – CARIMAC – which is a part of the University of the West Indies, in Kingston, Jamaica,” Saulter said. “There are also a few visual and performing arts schools. So while Jamaica would do well to get more infrastructure in place, we’re very much headed in that direction right now.” 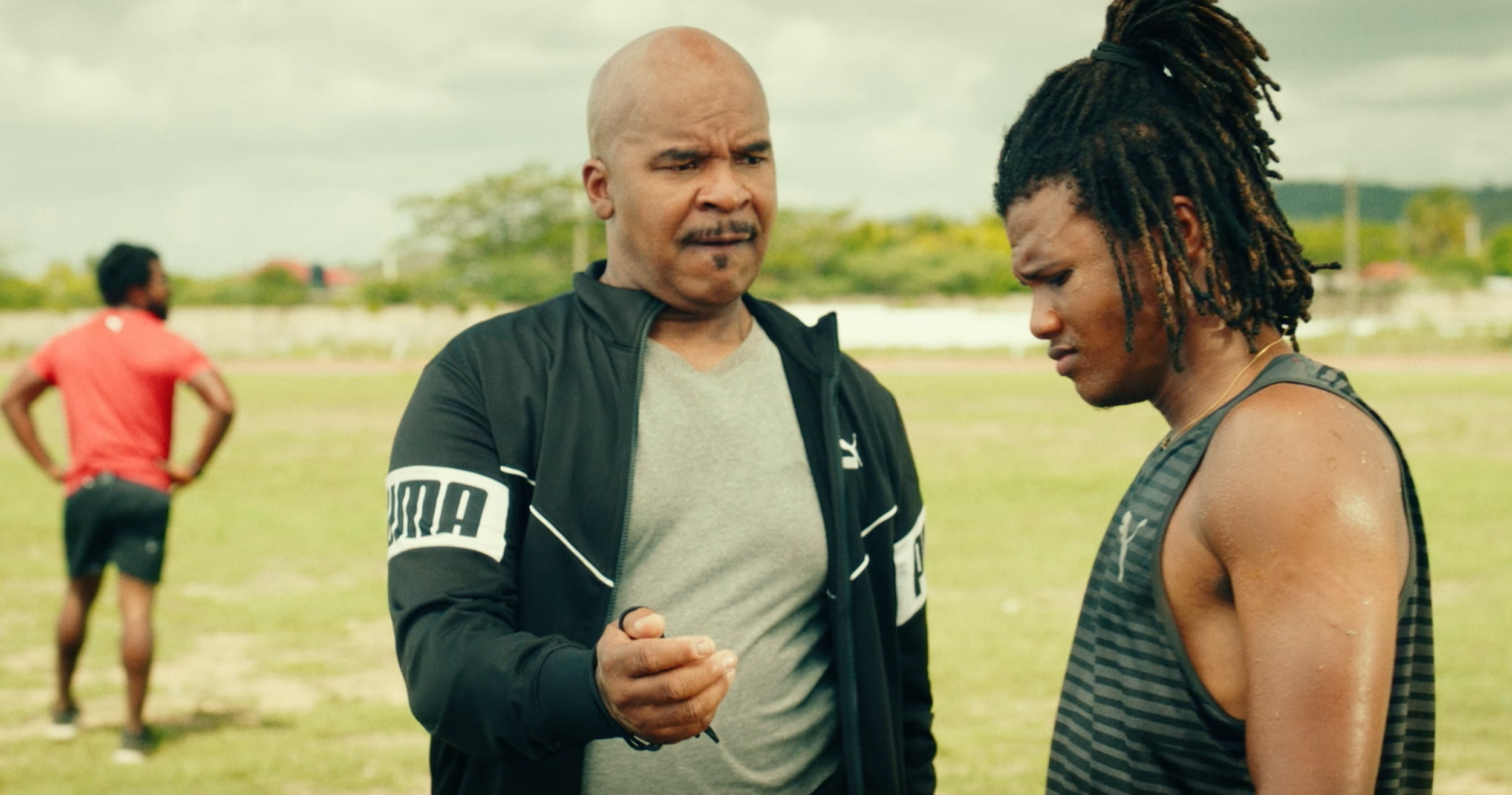 With its specifically Jamaican story and universal themes that target a global audience, Saulter believes the success of “Sprinter” points to an industry on the cusp of a breakout. “It’s a sports drama so it might feel familiar, but it’s also a film where you discover an entire country and culture through eyes that are way more nuanced and complex than what you’re used to seeing or thinking about Jamaica,” he said. “And I really hope that we get a lot of eyes on this film so that we can then prove the market for Caribbean cinema exists.”

“Sprinter” is a coming-of-age drama that follows Akeem Sharp (newcomer Dale Elliott), who is set to be Jamaica’s next big track-and-field sensation. Akeem hopes his rise in athletics will take him to the US to reunite with his mother, who has long supported the family back home as an undocumented immigrant. But Akeem’s rising star is weighed down by a volatile father and a scam-artist older brother who insinuates himself into Akeem’s career.

Saulter’s producer and co-screenwriter, Robert Maylor, had a relationship with the Smiths’ Overbrook Entertainment. Although the Smiths rarely back projects that weren’t developed in house, they got involved with “Sprinter” at the script stage. They remained very involved in the film’s production, on the ground in Jamaica throughout principal photography as well as well transferring post-production to their facilities at Sony in Los Angeles. 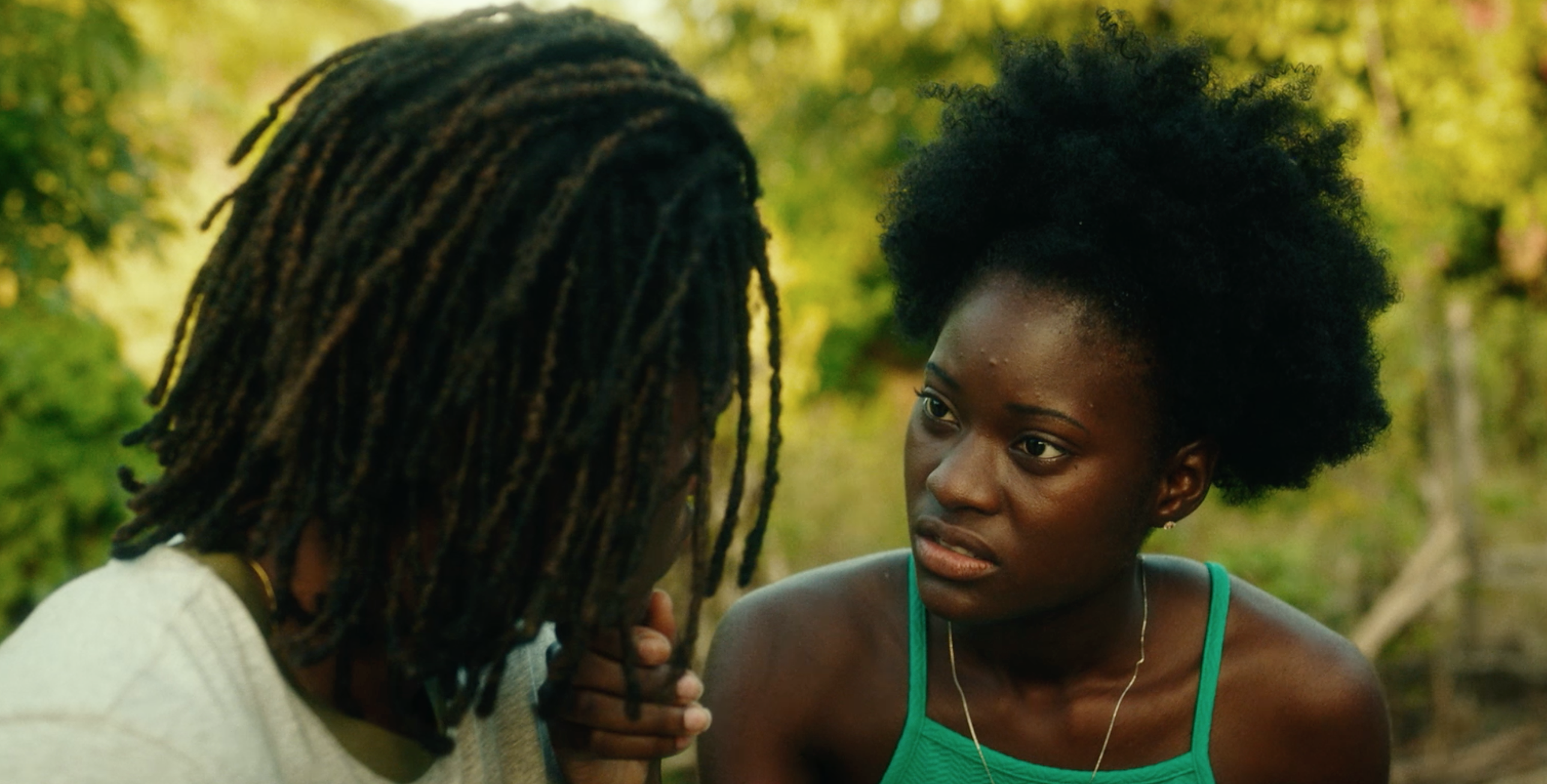 It also may have helped that Jamaican Olympic gold medal winner, and the fastest man alive, Usain Bolt, was connected to the project (he appears as himself).

FilmRise acquired the film for US distribution, which opened April 24 and continues to expand nationwide. For Saulter, it’s a moment he intends to seize. “I feel like it’s jump-off time,” he said.

On his slate is an adaptation of “John Crow’s Devil,” the first novel by Jamaican author Marlon James, who went on to win the Man Booker Prize in 2015 for “A Brief History of Seven Killings.” Set in 1957 in the fictional town of Gibbeah, Jamaica, “John Crow’s Devil” follows the fight between two men for the title of religious leader, depicted as a magical realist struggle between good and evil.

Both “Seven Killings” and James’ most recent novel, “Black Leopard, Red Wolf,” have been optioned by HBO and Michael B. Jordan’s Outlier Society, respectively. Saulter obtained rights to “John Crow’s Devil” long before the author became an international success story.

“He’s grown in popularity just in the last two years alone, especially in the States, so this is coming at just the right moment,” the filmmaker said. “I’ve been working on the adaptation for a while, since it was his only book published, and I’m really excited to be creating visuals for Marlon’s vision.”

Now that the script is complete, the hunt for funding begins. “How I’m approaching it now is, I have a number of projects that are developed to a certain point and I would love to get financing for myself and others, so that we can be consistently working, which is something that has been an issue for us,” Saulter said.

But he believes industry-wide calls for diversity in storytelling and an audience that’s hungry for “fresh content,” should provide some relief. “I’m excited about the potential in being a part of all of that change that is currently happening, and being more productive in that world.”

“Sprinter” is now in theaters.