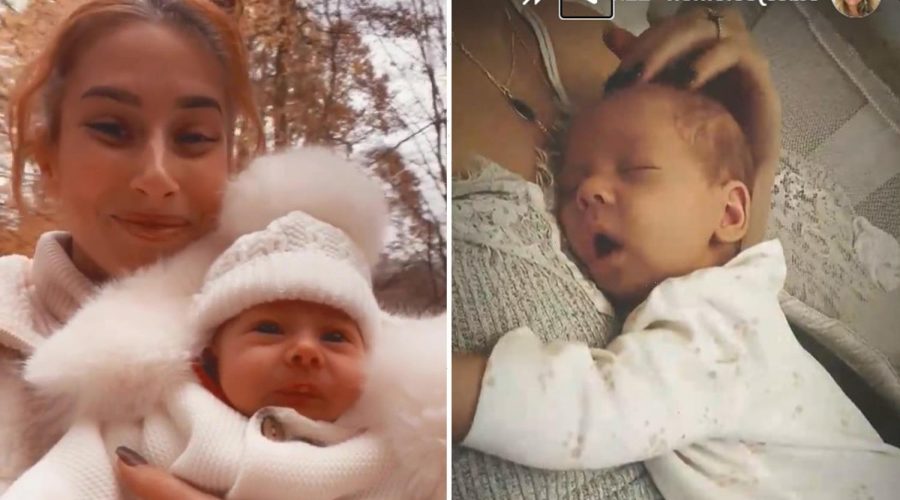 STACEY Solomon posted a candid snap of her breastfeeding daughter Rose as she asked her followers for advice about night feeds.

The 32-year-old confessed to fans that she sometimes struggles when it comes to feeding her daughter at night, often feeling like she "runs out" of milk. 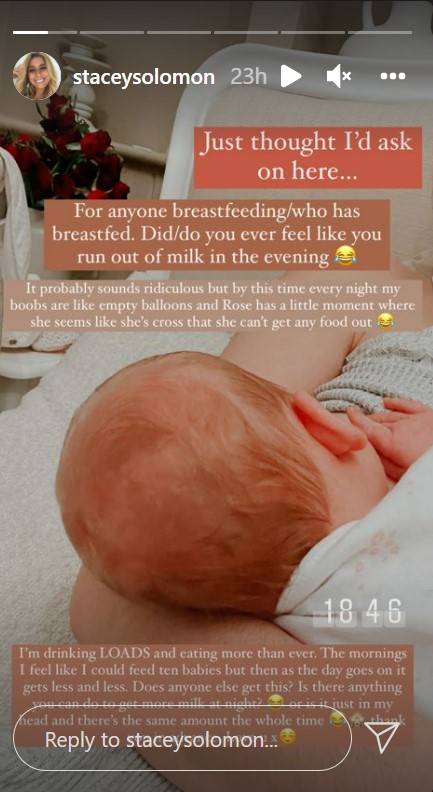 Uploading a photo to her Instagram story, the Loose Women star wrote: "Just thought I'd ask on here… for anyone breastfeeding/who has breastfed. Did/do you ever feel like you run out of milk in the evening?

"It probably sounds ridiculous but by this time every night my boobs are like empty balloons and Rose has a little moment where she seems like she's cross that she can't get any food out."

Mum-of-four Stacey added that she's "drinking loads and eating more than ever" and asked: "Is there anything you can do to get more milk at night, or is it just in my head and there's the same amount the whole time?"

Stacey then shared that she'd been inundated with responses from her 4.8m followers, with many saying that they have had the same experience while breastfeeding.

The former X Factor star admitted that the comments from her followers had reassured her and said: "Thank you for messaging back it's honestly so comforting."

She then posted another photo of little Rose fast asleep and added: "And she's down. Holding onto my boob for dear life. It was Strictly musicals this week that settled her. Thank you Strictly."

Stacey – who also shares son Rex, two, with fiancé Joe Swash and is mum to Zachary, 13, and Leighton, nine, from previous relationships – recently shared Rose's "first smile" with her Instagram followers – and they were all saying the same thing. 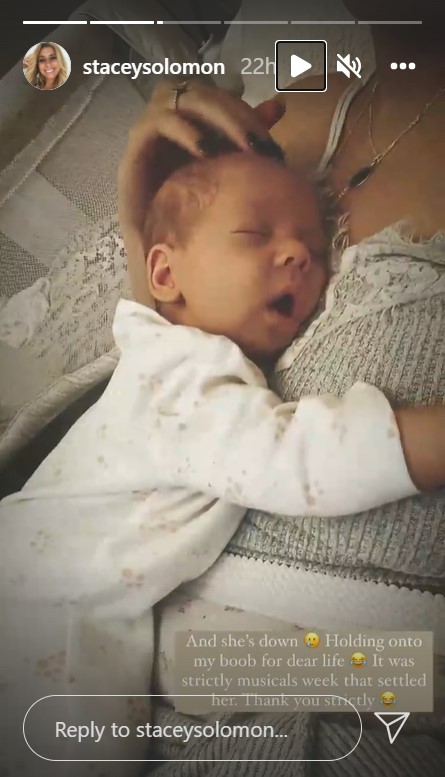 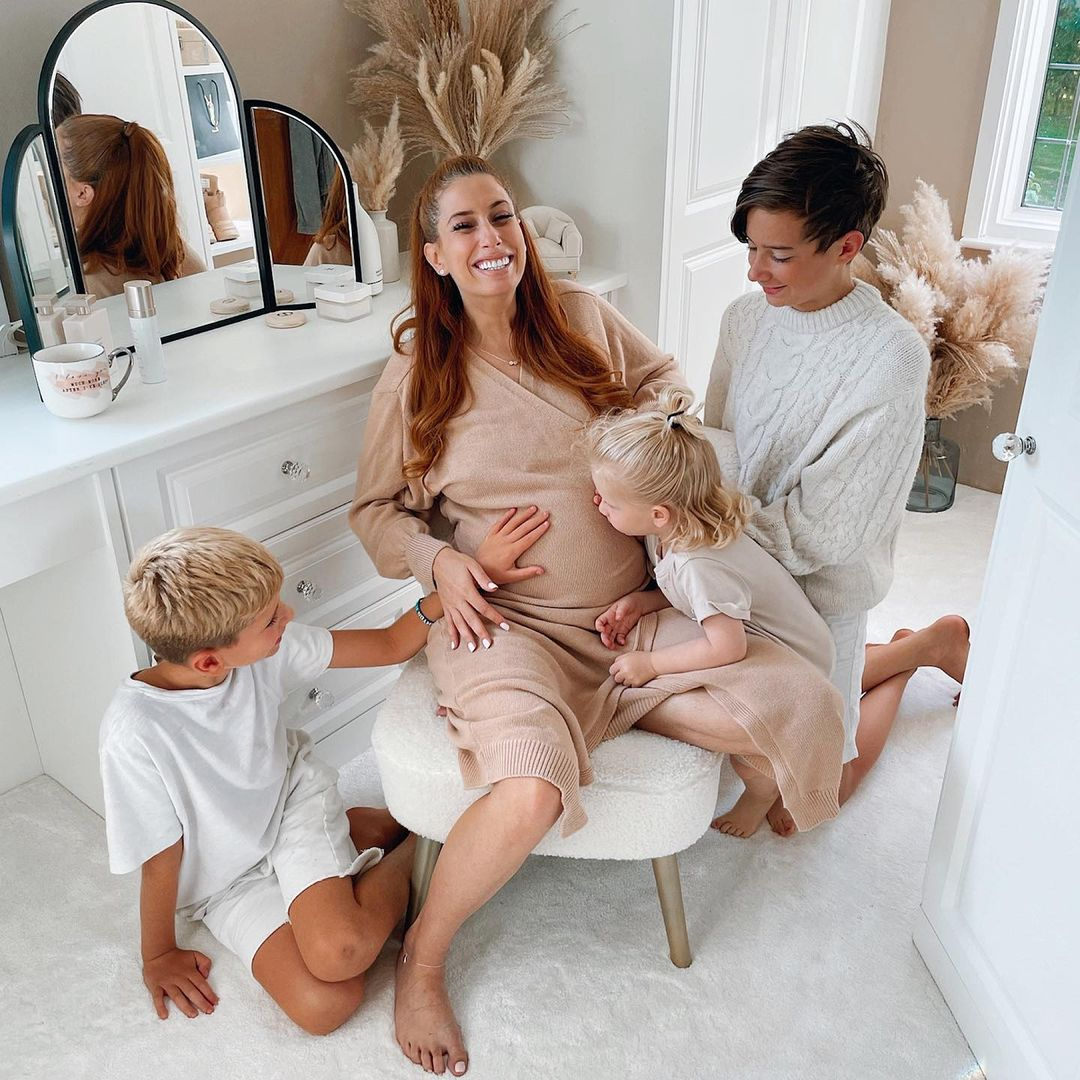