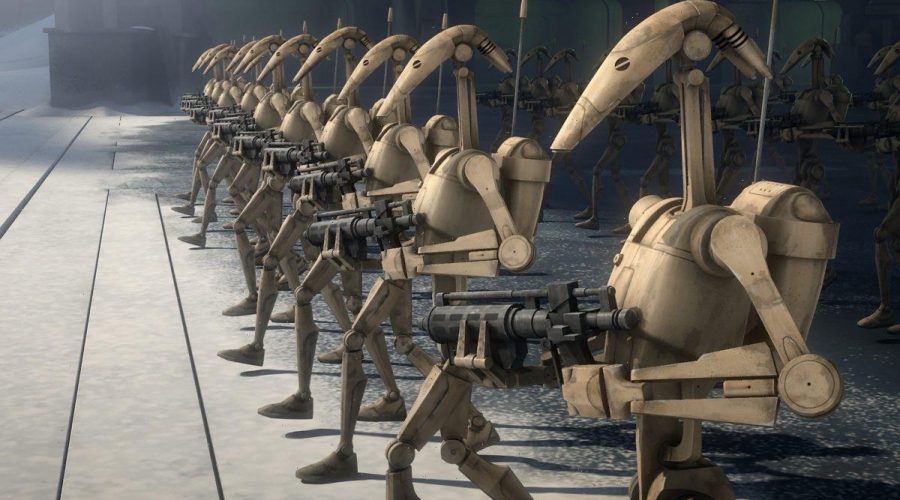 While anyone who follows Star Wars knows about the less-than-stellar relationship between fans and creators, The Bad Batch appears to have appeased all sides.

The series tells a story of a group of misfits who try to cope with the ever-changing universe. However, some fans still take issue with a recent plot twist involving one beloved member and the mythical order that dominates all Star Wars lore, the Jedi.

What is ‘The Bad Batch’?

The Bad Batch follows a group of clones whose skills, teamwork, and remarkable success rate make them valuable commodities as the Republic turns into a galactic empire. The troupe was introduced in The Clone Wars and, according to StarWars.com, they come from the mind of George Lucas itself. As such, there’s a certain amount of preciousness to many of its fans.

The Bad Batch represents those who can’t fall back on the force in their fight against the evil empire. As such, they often exist in the haze between the light and dark. While they might not always serve the greater good, we understand the reasoning behind them. However, many fans take issue with a recent twist involving one member, the sharpshooter Crosshair, and his fight against the Jedi Order.

Agency has long been at the core of Star Wars lore. From the battle between the Jedi and the Sith, light vs. dark, and good vs. evil, good characters are forced to act bad and vice versa depending on the hand their dealt. However, by introducing inhibitor chips as an explanation behind Crosshair’s battle with the Jedi, Reddit user u/Psychological-Fail57 sees it as a middle finger to his agency.

Expressing their love for Filoni’s storytelling, they saw this as a fundamental change that runs antithetical to the Star Wars’ vision. Instead, it shows that blind loyalty to the Jedi is a must unless there are sinister reasons to move against them.

“Making the clones’ decision to kill the Jedi not actually be their own decision but the result of what’s effectively mind control fundamentally devalues that decision and makes the story far less compelling and interesting thematically. It also weakens several characters in the process, most notably in my mind being Captain Rex and Crosshair. It also hampers the overall plot slightly, but this is more of a nitpick than anything,” they wrote.

As the title has consistently stated, war and politics are at the core of every Star Wars story. While midi-chlorians and other plot points have muddied these waters, the battle between good and evil has always been one that defies the Jedi order. After all, for every Qui-Gon Jin, there’s an Anakin Skywalker who knows the good and still sides with the evil. Voicing any resistance to the Jedis and act of rebellion nerf the story and the series’ motivations.

This spawned a discourse among the loyal fans, who either saw the chips as a direct line from George Lucas or agree but hold out hope for the future of the series arc.

Many users agreed with the original poster. However, many saw the inhibitor chips as a way to play with the architect of the hero’s journey. Joseph Campbell, a controversial yet vital critic whose Hero with a Thousand Faces helped the masses understand the hero’s journey. As such, users like u/ThrawnaDelRay understand The Bad Batch’s creative liberties in a different read of the series’  thesis.

“It’s not meant to be viewed as a war drama; that’s just the backdrop to the actual story. Like George Lucas said, it’s meant to inspire kids and give them something to believe in,” they wrote, noting that Campbell once had a pass at Lucas’s original script.

Whether people buy into this read or not, some think that fans can’t judge it until we see the domino effect, positing their own two cents on where it can head from here.

“The Bad Batch seems to be building towards an explanation as to why the Empire completely abandons the clones in favor of recruited soldiers, which will make the clones’ story even more tragic.”

Discourse such as this is why Star Wars fandom is unlike anything else. While the MCU and similar properties may be building a similar base, the richness of the source material combined with an abundance of literary materials makes it less like movie fandom and more like a general study. Fans can see where the series goes, as The Bad Batch premieres on Disney Plus every Wednesday.

Wherever it goes, fans will certainly have opinions on how they get there and why this is important to the messages that set the series off from 1975 until today.