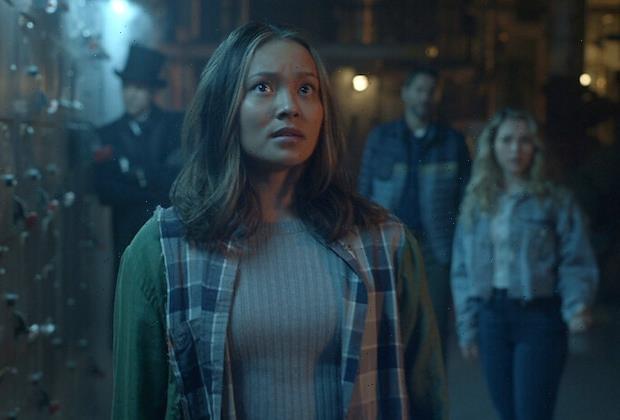 Not only was DC’s Stargirl an apparent casualty of the changes underway at The CW under new owner Nexstar, but a potential spinoff may have been thrown out with the bath water.

Back in Season 2, the DC series introduced the character of Jennie Hayden aka Jade (played by Ysa Penarejo), the daughter of Green Lantern Alan Scott. Having aged out of a group home, Jennie at the time was struggling with her own, recently discovered green energy-based powers, while also wondering where her twin brother Todd had landed.

Jennie’s story resumed midway through Stargirl‘s third and final season with the two-part “Infinity Inc.” arc, when Richard Swift aka The Shade (Jonathan Cake) transported Courtney (Brec Bassinger) and tagalong Pat (Luke Wilson) to The Helix Institute For Youth Rehabilitation in Civic City, to where Jennie had tracked Todd (Tim Gabriel). It was discovered that Todd (who in comics lore comes to be know as Obsidian) had shadows-based powers which Jennie eventually helped him control. 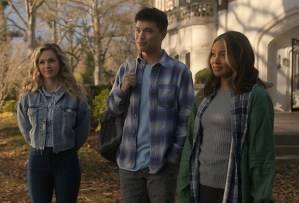 As the “Infinity Inc.” arc drew to a close, Pat convinced Richard to serve as mentor of sorts to Todd and Jennie and teach them to fine-tune their natural-born powers. The twins agreed to the arrangement, provided that Jennie could first make good on a prior commitment to help out Sandy Hawkins (aka Sandman Wesley Dodds’ nephew) in New York….

Now, if you had sensed that all of the above was laying the groundwork for a potential spinoff series — that is, on an Earth where Stargirl had found undeniable ratings success and/or The CW hadn’t changed hands — you would be quite right.

“Yes, I think there was a great show in Infinity Inc, with The Shade and Jade hunting down the remaining family members — the sons and daughters and nephews and nieces — of the original JSA, those who were born with power that didn’t yet unlock it,” Stargirl creator Geoff Johns shared with TVLine earlier this week.

That prospective offshoot would illustrate “a really interesting difference between Courtney’s JSA and what Jennie’s JSA would’ve been,” Johns contended. The spinoff would have revolved around “characters that were born with powers that had to learn how to handle this power they inherited,” whereas Courtney’s JSA was comprised of “people who became superheroes through artifacts and not necessarily a bloodline.” 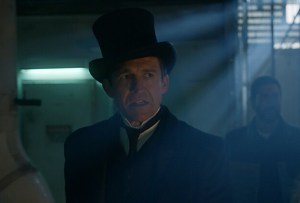 Want scoop on any DC TV series? Email [email protected] and your question may be answered via Matt’s Inside Line.