Wes Anderson’s anthology film “The French Dispatch” (Searchlight, 10/22) offers the usual sprawling ensemble, who brought some much-needed starpower to Cannes in this quiet year. Bill Murray plays the avuncular editor of a fantasy analog journalistic enterprise, The French Dispatch, which ships home a weekly roundup of cultural reports. Set in the ’60s and shot in Angouleme, the movie collects a few short but sweet bonbons that should play for discerning arthouse Francophiles who read The New Yorker, for one.

How wide the movie will go is a question in this odd year. The movie has its charms, especially Benicio Del Toro as an impish, growling prisoner who paints his winsome guard (Lea Seydoux) and tangles with art experts Adrien Brody and Tilda Swinton, as well as older single journalist Frances McDormand, who writes about and sleeps with radical protester Timothée Chalamet.

In fact “The French Dispatch” supplied such star wattage for the red carpet (after being part of the official selection for the Cannes that never was last year) that festival director Thierry Frémaux relented and allowed Anderson and his ensemble to skip the usual de rigeur press conference. That’s rare. One way to get so many stars on the tapis rouge at once was to not demand too much of their time. A junket will follow in New York in the fall for the American press corps, who were left high and dry. Anderson and his cast are only doing international press here.

The Hollywood studios have been restrained in throwing big-scale parties, preferring to keep things as intimate as possible as stars ease back into the public eye. MGM’s “Flag Day” took over a room at the Martinez adjoining a terrace, for example, while BFI/Film4/Sony Pictures Classics’ “Mothering Sunday” offered a press table at their film dinner. A24 threw a beach bash at the Carlton Beach attended by “Red Rocket” director Sean Baker and other Cannes filmmakers. The higher-profile films that debuted in Cannes, as usual, had a worldwide marketing launch in mind. 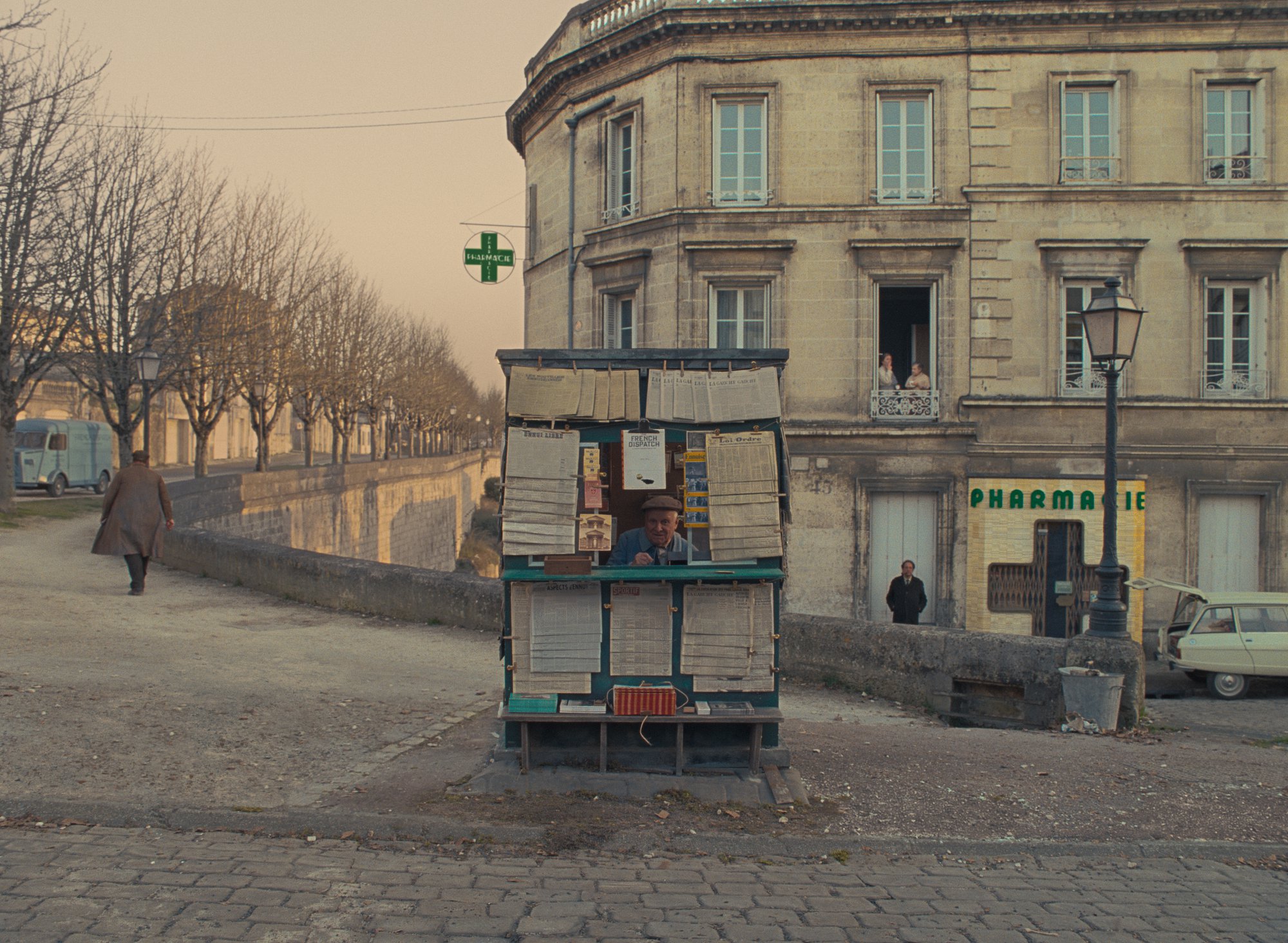 “The French Dispatch” serves as an amusing and lighthearted tribute to France and The New Yorker, but it lacks a compelling narrative. There’s plenty of visual sizzle to enjoy and absorb, and yet another delightful score from Alexandre Desplat, who earned one of four craft nominations for “The Grand Budapest Hotel,” which offered a more engaging and emotional narrative. (That film’s Edward Norton, Willem Dafoe, Adrien Brody, and Saoirse Ronan cameo in “The French Dispatch”). As always, Anderson’s film is gorgeously mounted. His craft team should nonetheless score Oscar kudos for the stunning, intricate camera work, production design, costumes, hair and makeup, and Desplat’s score. But there are too many stars for one to pop in a meaningful way.

Focus Features brought a French-set movie of its own to Cannes, Tom McCarthy’s out-of-competition “Stillwater,” starring Matt Damon as an Oklahoma everyman trying to free his daughter (Abigail Breslin) from a Marseille jail. It remains to be seen how the global theatrical market will respond to these American-French Cannes hybrids.